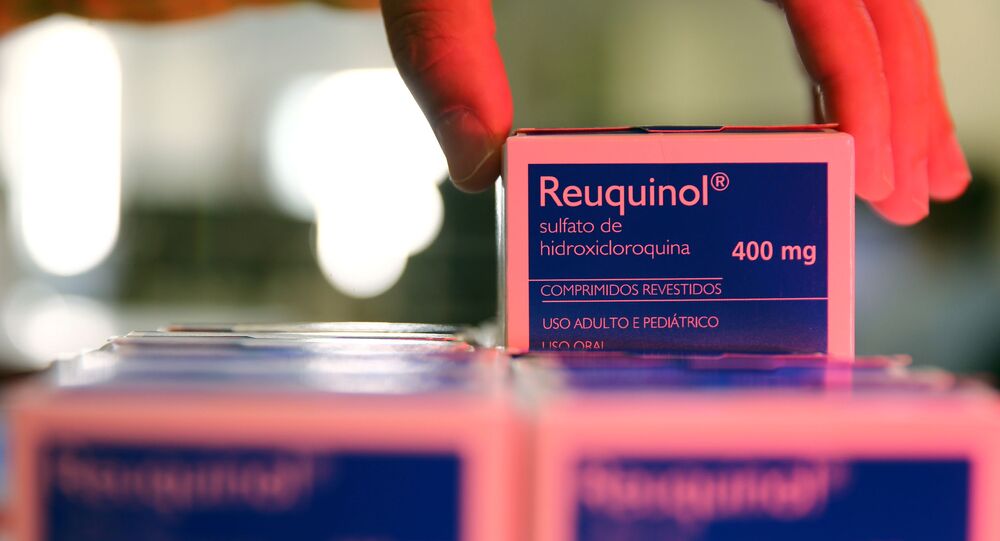 Since the promotion of hydroxychloroquine by US President Donald Trump as a possible treatment for those afflicted with the coronavirus, the drug has been the subject of controversy, as top medical journals rebuked the claim and major drug trials were halted.

Three authors of an article that claimed to have discovered that taking hydroxychloroquine led to an increased fatality risk among COVID-19 patients retracted the study on Thursday over concerns that the primary source data used to support the work was unverifiable.

According to the authors, Surgisphere, a data analytics company said to be responsible for providing the raw data, refused to supply the full dataset to an independent review. The authors then acknowledged that they “can no longer vouch for the veracity of the primary data sources".

"We always aspire to perform our research in accordance with the highest ethical and professional guidelines. We can never forget the responsibility we have as researchers to scrupulously ensure that we rely on data sources that adhere to our high standards. Based on this development, we can no longer vouch for the veracity of the primary data sources" the authors said in a co-signed retraction letter.

The authors requested that the paper be retracted and apologised "for any embarrassment or inconvenience" they may have caused.

Today, three of the authors have retracted "Hydroxychloroquine or chloroquine with or without a macrolide for treatment of COVID-19: a multinational registry analysis" Read the Retraction notice and statement from The Lancet https://t.co/pPNCJ3nO8n pic.twitter.com/pB0FBj6EXr

​The research was published in the British medical journal The Lancet last month and garnered widespread response after appearing to imply that antimalarial drugs endorsed by US President Donald Trump as a COVID-19 treatment, were not just ineffective but potentially deadly to users.

Conclusions of the study suggested that coronavirus patients taking chloroquine or hydroxychloroquine showed irregular heartbeats and therefore faced a higher chance of dying while undergoing treatment.

Following the publishing of the study, the World Health Organisation (WHO) - which has been defunded by the White House amid the coronavirus pandemic - initially halted their trials of the malaria drug as a coronavirus treatment, but in the wake of the new findings have resumed trials on Wednesday.

The United Kingdom and France also shut down their clinical drug trials in the wake of the report.

Accusations of politically motivated condemnation have been leveled against those responsible for the data used in the study as an attempt to discredit the treatment touted by Trump. Demand for the drug has since skyrocketed.

Despite the retraction of the the study, however, a concurrent study published by the New England Journal of Medicine on Wednesday found there is no evidence that hydroxychloroquine helps prevent those taking the drug from becoming infected with the COVID-19 coronvirus.

Study Shows Hydroxychloroquine Does Not Protect from COVID-19