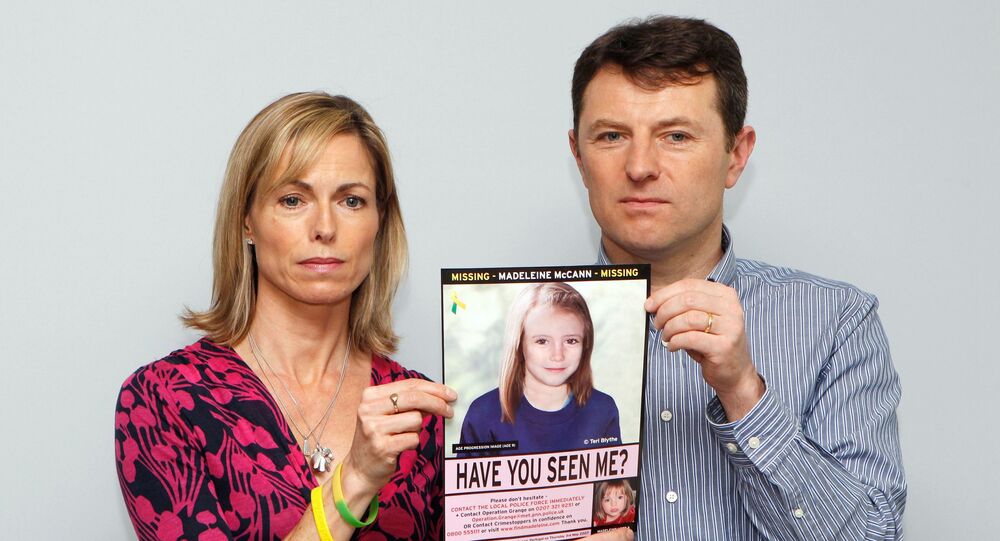 Christian Brueckner: What is Known About the New Lead Suspect in Madeleine McCann Case

A German national has been identified as the new prime suspect in the investigation into the disappearance of Madeleine McCann in Portugal 13 years ago.

The man, who has been named by sources in Portugal as Christian Brueckner, is the subject of a joint appeal for information by British and German police.

It is understood that Brueckner is currently in prison for a sex crime and has two previous convictions for ‘sexual contact with girls’.

The announcement on June 3 came as the biggest breakthrough to date in the case of Madeleine, who disappeared from the Ocean Club complex in Praia da Luz on May 3, 2007.

German prosecutors have since said that  they believe Madeleine is dead.

What happened to Madeleine McCann?

© AFP 2020 / HANDOUT / METROPOLITAN POLICE
An undated handout photograph released by the Metropolitan Police in London on June 3, 2020, shows Madeleine McCann who disappeared in Praia da Luz, Portugal on May 3, 2007

Who is the suspect?

The suspect has been partially named as Christian Brueckner by German newspaper Der Spiegel.

According to the Met Police, he is described as being white with short blond hair, possibly fair and around 6 ft in height with a slim build.

Why have the police focused on him?

The suspect is known to have been in Praia da Luz at the time of Madeleine’s disappearance. For the last three years, the Met has been working with German and Portuguese police in order to track his movements.

Police believe that he was living in a VW T3 camper van, which has a white upper body and yellow skirting, for “days, possibly weeks”. Up until a year previously, he lived at a nearby bungalow around two miles from the Ocean Club.

Data shows that his phone was in the resort on the night of her disappearance. The man’s Portuguese phone received a 30-minute call from another Portuguese number at 7:30pm.

Both German and British police are now looking for information about the phone numbers.

What were his movements between Germany and Portugal?

Police have established that Brueckner lived in Portugal sporadically between 1995 and 2007, and described him as an “itinerant”.

They added that he “spent some short spells” of time in Germany, and is thought to have been living in the VW T3 camper van in Praia da Luz for “days, possibly weeks”.

Bruecnkner has also been linked to a 1993 British Jaguar, model XJR 6, with a German number plate and registered in Germany, which is believed to have been in the Praia da Luz and surrounding areas in 2006 and 2007.

The car was originally registered in the suspect’s name but was re-registered to someone else in Germany the day after Madeleine’s disappearance, although the vehicle is believed to have still been in Portugal.

Police said:"To re-register the car in Germany you don't have to have the car in the country or region. We believe the car was still in Portugal and would like information if you saw it."

What are his past convictions?

He has been described as a “multiple” child sex offender currently serving a jail term in Germany for matters unrelated to the Madeleine McCann case.

A report in the German Braunschweig Zeitung newspaper has claimed that the suspect shared many identical details with a criminal who was convicted of the rape of a 72-year-old American tourist.

An appeal on German Crimewatch-style programme XY, said he is also suspected of burgling hotel complexes and tourist apartments, as well as selling drugs.

German police said that while they are treating this as a murder case, they can not rule out a sexual motive.

Hoppe also said that police now believe they have almost enough evidence to charge the Breuckner with Madeleine’s abduction and murder.

British police, meanwhile, are still treating the investigation as a missing person case.