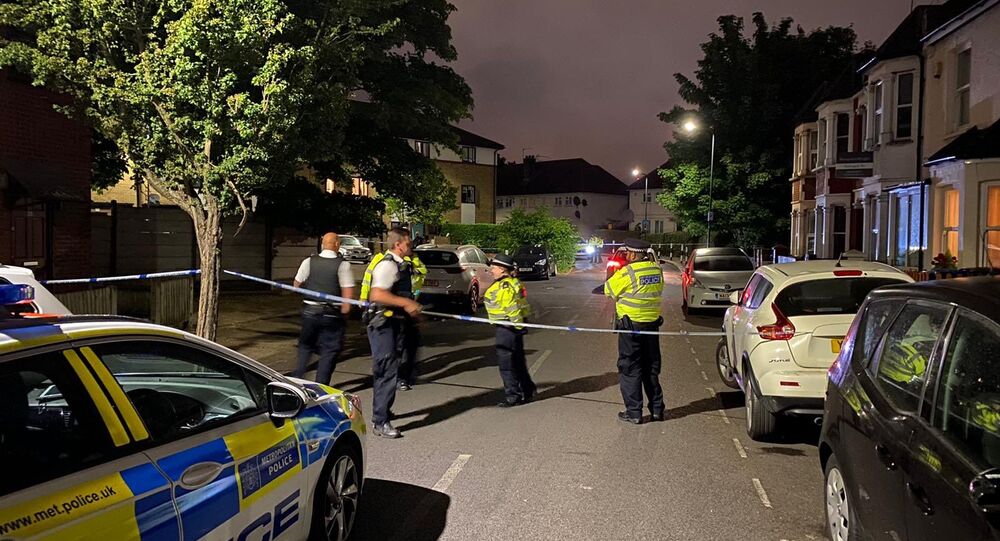 Scotland Yard has launched an investigation into a shooting incident after police were called on Wednesday to shots fired in Energen Close, Harlesden.

A child and three adults were injured in a shooting incident that occured in Brent, in north-west London on Wednesday, according to a Metropolitan Police statement. All four victims were taken to hospital, without any details on their condition.

Police were called at 21:45 p.m. local time to "shots fired" in Energen Close, Harlesden. An investigation has been launched on the incident.

Appeal for info after 4 people (inc a young child) shot in #NW10. We await condition updates. A Section 60 order's in place for #Brent. In #Harlesden there'll be additional police patrols. Pls support officers as they work overnight to protect local people https://t.co/HYtqhXgP3s

​No arrests were made on site, and the circumstances are still being established. A Section 60 order, which gives police the right to search for people within a defined area, has been put in place for the borough of Brent until 7 a.m. local time, Thursday. Additional police patrols will be working in the area overnight.

Video and photos allegedly made on the crime scene have been shared in social media.

#Harlesden
The ages of the four victims have not yet been disclosed by police.

So far no arrests have been made.

A Section 60 stop and search power has been authorised for the entire borough of Brent until tomorrow morning.

#Harlesden
A large number of police officers are at the crime scene as an extensive investigation continues into the early hours of this morning. pic.twitter.com/DPbWZCD5c6

​Metropolitan Police have issued an appeal for information to witnesses or anyone with information about the incident, urging that they call 101 and quote the reference '8326/03june'.