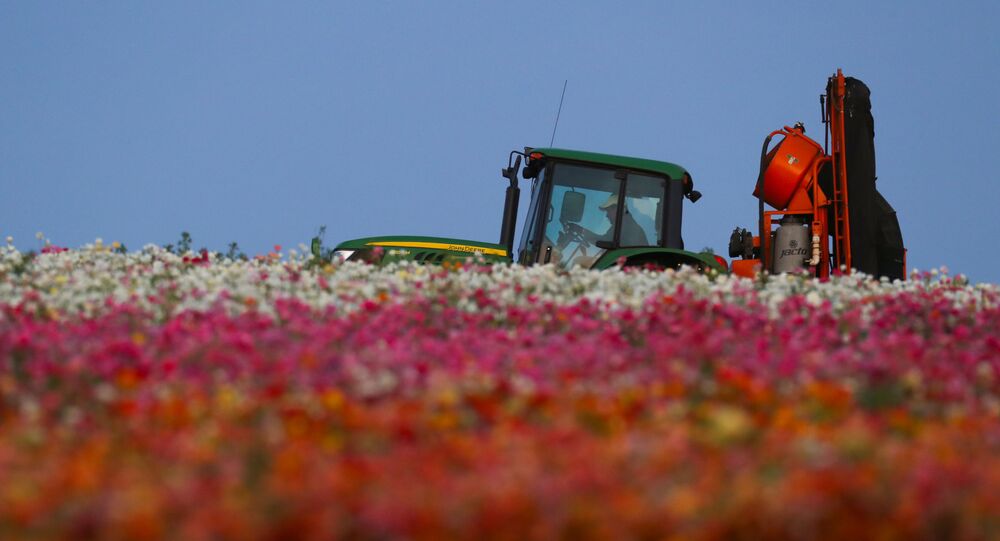 The US department of agriculture’s $3 billion Farmers to Families Food Box programme has been delivering surplus perishable produce like milk, meat and vegetables to food banks and pantries, although it’s uncertain how long this federal support will endure.

Tens of millions of US citizens could starve this year due to the economic fallout caused by a coronavirus, according to an analysis by national food bank network Feeding America.

Across the country, demand at food banks has risen exponentially, with over 40 million unemployment benefit claims, leaving an estimated one in four children, or around 18 million, potentially in need of food aid this year – a 63 percent increase since 2018.

Feeding America estimates about 54 million Americans across the US could go hungry without help from food banks, food stamps and other aid - although food insecurity in the US was already in a critical state prior to the pandemic, with at least 37 million without consistent access to enough food for an active, healthy life. Food insecurity nationwide had only recently fallen to pre-Great Recession levels.

The issue varies significantly from state to state, and county to county, although the southern US is projected to be worst-hit - over 11 million people residing in Louisiana, Arkansas, Alabama, Mississippi, New Mexico, Texas and Tennessee are projected to suffer food insecurity in 2020.

In Mississippi, proportionately the worst-affected state before and since the pandemic, almost three-quarters of a million people could need food aid this year, including one in every three children.

© CC BY-SA 3.0 / AgnosticPreachersKid / Federal Reserve Building
US Economic Recovery May Take 'Few More Months' Than Expected, Fed Chairman Says
In Las Vegas, about 65 percent more food aid is necessary to stop people from going hungry, one of the biggest jumps in the US. One in three children and one in five adults in Nevada are projected to suffer from food insecurity this year – a rise of almost 60 percent since 2018.

Los Angeles - the most populous county in the US, with 10 million residents - where almost half the state of California’s Covid-19 cases have been identified, is projected to have 1.68 million food-insecure people in 2020 – the highest number in the country.

Unemployment in the area has risen to 20.3 percent – five percentage points higher than the state average – and food stamp applications have almost tripled compared with last year.