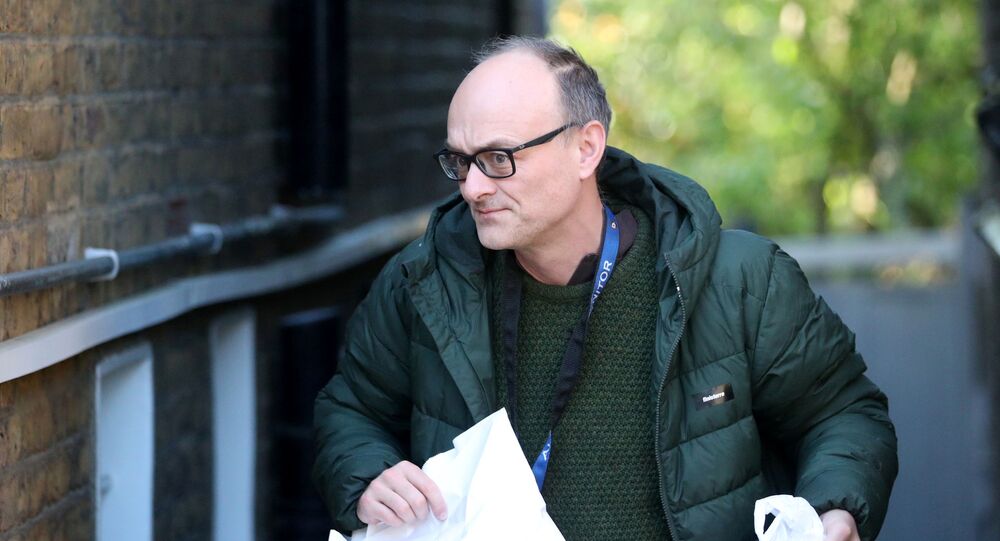 Dominic Cummings has refused to resign after admitting breaching the government’s own lockdown rules twice to drive 260 miles to County Durham. But why has the Prime Minister, Boris Johnson, risked the wrath of the media and many of his own MPs to hang on to his Chief Adviser?

Thirty-five Conservative MPs have called for Dominic Cummings to be fired as Downing Street’s chief adviser after he refused to resign after it emerged he had twice breached the government’s lockdown to drive north from London to visit relatives after his wife had tested positive for COVID-19.

In the past prime ministers have dispensed with advisers whose mistakes have caused controversy or distracted from the business of governing.

​But Mr Johnson has refused to sacrifice Mr Cummings.

Despite a few lurid conspiracy theories on social media suggesting Mr Cummings “has something on” the prime minister, there is no reason to suggest he is blackmailing Mr Johnson into keeping him on.

The real reason may have more to do with Mr Johnson’s own personality and his need for an intellectual crutch.

A senior figure in the Vote Leave campaign told Politico website: "As a big picture person, Boris needs a details man. And as a frontman, he needs an ops guy. Dom fills this skill set better than anyone else in Westminster, making him nearly (but not completely) irreplaceable."

​Mr Johnson seems to be happy to delegate large swathes of the Conservative Party’s political strategy and the development of an over-riding narrative.

​It was Mr Cummings who came up with the successful 2019 General Election strategy too - which focused on the simple but effective slogan "Get Brexit Done."

John McTernan, who was Tony Blair’s Director of Political Operations between 2005 and 2007, wrote in the Financial Times last year: "It normally takes years for the backroom staff to become the story, but Mr Cummings is no ordinary adviser. As the man who led the Leave campaign to victory in the 2016 Brexit referendum, he is one of the small elite of staffers who are significant political players in their own right - think of Rahm Emanuel, Barack Obama’s chief of staff, Alastair Campbell, Tony Blair’s press secretary, or Steve Bannon, Donald Trump’s former chief strategist."

Mr Cummings comes from County Durham - as everybody knows by now following the endless stories in recent days about his journeys to Barnard Castle - deep in the heart of what was traditionally Labour’s heartlands.

​He knows the mindset there and was able to exploit that knowledge to the full in the election campaign, winning dozens of seats in “Red Wall” constituencies by appealing to traditional working class Labour voters who felt betrayed by Jeremy Corbyn and his coterie of London-based Remainers and intellectuals.

While Mr Johnson went to Eton and Oxford and is a classic product of the establishment, he likes to think of himself and Mr Cummings as both being iconoclasts.

​As Sebastian Payne said of Mr Cummings in the Financial Times on Sunday, 24 May: “His vision is central to Mr Johnson’s aspirations in office and the prime minister has clearly concluded he cannot cope without it.”

Payne quoted an “ally of Johnson” as saying that when he was looking for a chief of staff “Boris concluded Dom is the only one who could get us out of the EU and deliver a different kind of government.”

The government borrowed a staggering £62 billion in April, undoing years of Tory austerity.

Whitehall mandarins might put pressure on Mr Johnson to go back on election pledges to fund an east-to-west Midlands Rail Hub and a railway linking Manchester and Leeds, both of which were part of a promise to reward the Red Wall constituencies and keep them permanently blue.

Mr Cummings possesses the intellect, the belligerence and the sheer brazenness to go head to head with the top civil servants and force through Mr Johnson’s agenda.

Mr McTernan described him as a “wartime consigliere” and wrote last year: “Very many people in politics have opinions, hardly any have plans…This is the strength of Mr Cummings — wherever he is, he is the man with a plan.”

​So Mr Johnson will not be getting rid of Dominic Cummings or Plan A. He will not look for a Plan B.

He has a majority of 80 seats and he has proved this week that he can weather a rebellion by half that number, possibly more.