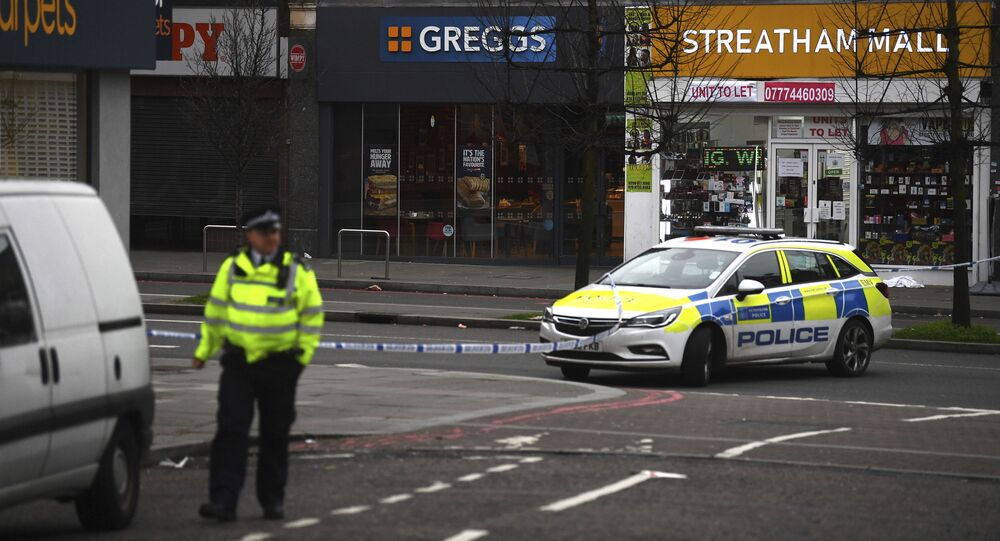 Despite COVID-19 Crisis Britain Has Not Let Its Guard Down to Terrorist Threat, Says Expert

The British state, including the security forces, have been focusing on the threat from COVID-19 since it arrived in February. So does that mean the police are letting their guard down to security threats amid the pandemic?

Britain has suffered 37,048 COVID-19 deaths and 265,000 people have tested positive for coronavirus since it first appeared on these shores back in February.

The government imposed a full lockdown on 23 March and has been only slowly easing it, fearing a second wave of infections.

​Every government department and all the emergency services have been focusing their energies on containing the pandemic, with Britain having the highest death toll in Europe.

There is anecdotal evidence that the security forces are taking their eye off the terrorist ball amid the threat from COVID-19.

But David Lowe, a retired police officer and senior research fellow at Leeds Beckett University Law School, said: "It may seem that the UK police forces may be letting their guard down due to the pandemic, and while many uniform officers have been deployed to deal with the pandemic regulations that were introduced in April 2020, behind the scenes counter-terrorism policing units and MI5 have not stopped in their role investigating and attempting to prevent terrorist attacks."

​Last Friday marked three years since the Manchester Arena bombing and the seventh anniversary of the murder of Lee Rigby, an off-duty British soldier who was stabbed and almost decapitated in a London street in broad daylight by two UK-born jihadists.

​He said most news reports have focused on how the police have been using their new powers under the new Coronavirus Act, which some civil liberties groups have accused of being draconian.

Mr Lowe said few people had noticed that the Police Service of Northern Ireland have arrested members of both dissident republican and loyalist paramilitary groups in recent weeks.

Two members of the SKD, Michal Szewczuk, 19, from Leeds, and Oskar Dunn-Koczorowski, 18, were jailed last year for terrorism offences.

The pair encouraged attacks on Prince Harry, claiming he was a "race traitor" for marrying Meghan Markle, whose mother is African-American.

​Explaining the proscription of the two groups in February, Home Secretary Priti Patel said: "Recent attacks here and in Germany have highlighted the threat we continue to face from violent extremism…By proscribing these groups we are making it much harder for them to spread their hateful rhetoric."

Mr Lowe said the government was also busy drafting a new Counter-Terrorism and Sentencing Bill which is expected to be introduced before Parliament later this year.

​The government says the new legislation “will ensure that the sentences served by terrorists reflects the severity of offending and will strengthen the tools for monitoring them in the community.”

The Bill was drawn up after two attacks at London Bridge in November 2019 and Streatham in February 2020 by Usman Khan and Sudesh Amman, both of whom had recently been released from prison after serving time for terrorist offences.

The new legislation will introduce a new Serious Terrorism Sentence for “the most serious and dangerous terrorist offenders” which would ensure they stay in prison for a minimum of 14 years and remain on licence for up to 25 years.