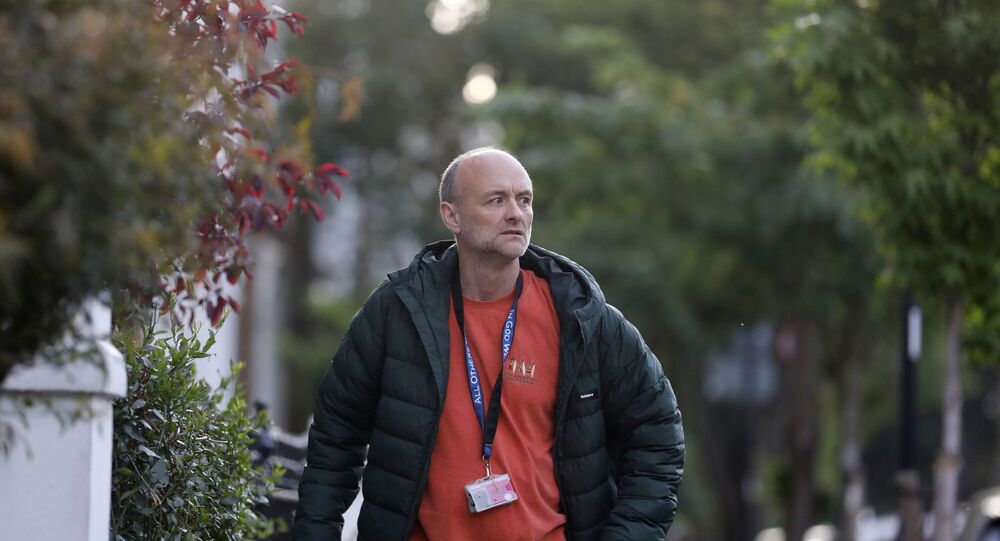 'It Is Wrong': Pressure Mounts on Cummings as Conservative MP Demands He Resign Over Lockdown Breach

In the letter, Pawsey states “many” constituents pointed out if everyone behaved as Cummings did, the success of the government’s lockdown policy would’ve been “undermined” - “almost every one” of them also set out, “sometimes in heartbreaking detail”, the personal sacrifices they’ve made during the coronavirus outbreak.

Mark Pawsey is the latest Conservative MP to raise concerns about the actions of Boris Johnson’s special adviser Dominic Cummings, and call for his resignation.

In a blog post on his official website, Pawsey states “a very substantial number” of his constituents contacted him over the Bank Holiday weekend to ask his views on Cummings, and he intends to write to the Prime Minister about the issue in the “next day or so”. He noted many who wrote to him hadn't previously had a reason to contact him during the 10 years he's represented the constituency of Rugby and Bulkington.

"I wanted to wait until all the facts were available and to hear Mr Cummings’ account of events before drawing my own conclusions. Having listened to him on Monday, I have much sympathy with him and for the decisions he made which he believed were best for his family. However, he took those actions in the context of being in the public eye, and of being a senior advisor to the Government during a crisis which has affected all of us. On the basis of what I heard, it is clear while he believed he was acting within the letter of the law, he did the wrong thing and acted very much against the spirit of the lockdown rules. These are rules which so many ordinary people across the country have abided by. Furthermore, he has not expressed any regret for the damage his actions have caused to the Government, or to the sense of collective effort in staying at home, protecting the NHS and saving lives,” Pawsey’s letter begins.

A letter to the many constituents who have contacted me about Dominic Cummings will be sent out today and the text is now on my website. Mr Cummings has acted against the spirit of the lockdown and the Prime Minister should now ask for his resignation.https://t.co/0EmfWdeYZq

​Cummings has been embroiled in controversy since The Guardian reported he drove his family to the city of Durham in late March to stay with his parents after his wife began manifesting COVID-19 symptoms. He also reportedly made a second trip in April.

He delivered a speech 25th May in the Downing Street Rose Garden, where he said he’d no regrets about his actions, he believes they were reasonable under the circumstances, and didn’t intend to resign.

“As such, I believe it is wrong that Mr Cummings remains in an important post in Government. I had hoped that he would tender his resignation of his own accord. As he has failed to do so, I now believe it is right for the Prime Minister to ask for his resignation. This is a position I have communicated to my colleagues within the Conservative Party and the Government. It is vital public confidence must not be undermined by this episode. We have made significant progress in reducing the R-rate and as a consequence, we are now able to relax some of the measures affecting businesses and schools, allowing them to re-open and our economy to move forward. We must not allow this to cause us to lose sight of what we have achieved as a country together,” the letter concludes.

Pawsey’s broadside follows hot on the heels of the resignation of Douglas Ross, a junior minister in the Scotland Office. In a statement announcing his resignation, Ross said while Cummings’ intentions may have been well meaning, the reaction to this news shows his interpretation of government advice “was not shared by the vast majority of people who have done as the government asked”.

I haven't commented publicly on the situation with Dominic Cummings as I have waited to hear the full details. I welcome the statement to clarify matters, but there remains aspects of the explanation which I have trouble with. As a result I have resigned as a government Minister. pic.twitter.com/6yXLyMzItJ

​"I have constituents who didn't get to say goodbye to loved ones; families who could not mourn together; people who didn't visit sick relatives because they followed the guidance of the government. I cannot in good faith tell them they were all wrong and one senior adviser to the government was right."