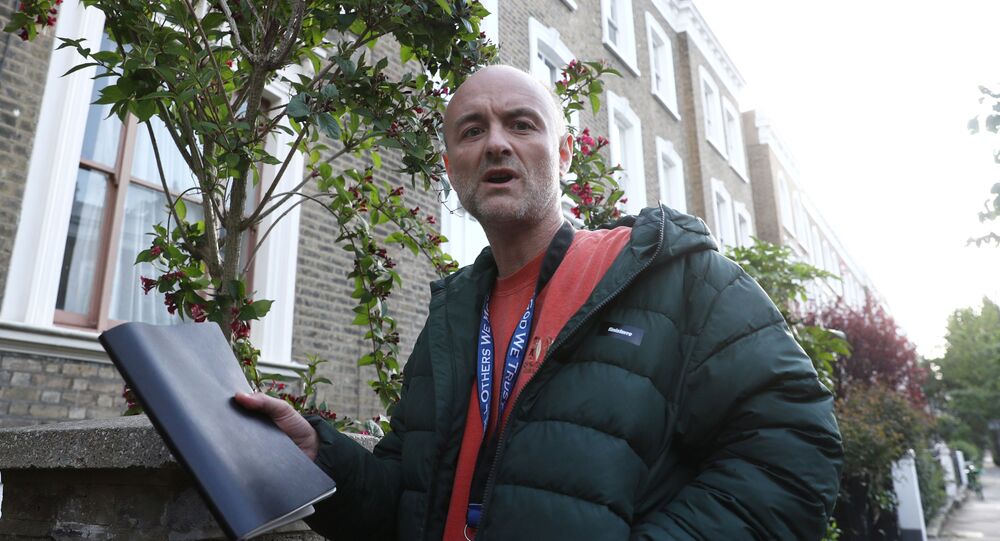 Cummings travelled to County Durham in March to self-isolate with his family, allegedly because he feared he and his wife would be unable to care for their son, despite official guidelines warning against long-distance journeys. It’s since been reported he took a second trip to the North East in April, after returning to London.

Professor Stephen Reicher, a behavioural scientist who advised the UK government on lockdown rules has told Huffington Post the controversy over Boris Johnson’s senior adviser Dominic Cummings has “fatally undermined” months of work and could lead to more coronavirus deaths in the UK.

On 24th May, the premier presented the daily Downing Street coronavirus briefing and backed Cummings, saying he’d “acted responsibly, legally and with integrity” by driving 260 miles to County Durham to isolate and “any parent would frankly understand what he did”. Cummings had previously contracted coronavirus but returned to London from County Durham in March to self-isolate with his family, and find appropriate childcare arrangements for his son. He later returned to London, but took a second trip to the North East in April subsequently.

​“We desperately need good clear leadership, we desperately need people to trust their leadership and we need people to pull together. And all of that has been undermined by what’s happened over the weekend,” said Professor Reicher, a member of the Independent Scientific Pandemic Influenza Group on Behaviours group, which passes its advice to Sage.

“If you look at the some of the advice that we’ve given, one of the key issues if you want to get adherence or compliance to government is a sense that ‘the government respects us and the government is working for us’ and a sense of ‘we’re all in this together’. If adherence is all about a sense of ‘us’ then it’s fatally undermined if you create a sense of ‘us and them’ and one of the best ways to do that is to give a sense that government and government figures abide by a different set of rules to the public – one law for us and one for them. It immediately creates this ‘us and them’ thinking and you’ve therefore undermined compliance. There’s a very simple equation. If compliance goes down, infection goes up and up, more people will die. If, and I quite accept it is an ‘if’, but if this undermines compliance then yes, more people will die,” he warned.

​Prof Reicher did say there was one “saving grace” - namely, throughout the pandemic, the British public “has been ahead of the government”.

“Our leadership has actually been following behind. When it came to lockdown, the public was already clamouring for it, when it came to the economic measures to allow people to afford to stay at home, the public was ahead. People aren’t fools and they understand the pandemic is still out there and isn’t over and they understand they still need to act with caution if we’re to get through this,” he said.

The UK government's approach to tackling coronavirus has evolved significantly over time - at the start of March, officials indicated the country would pursue a 'herd immunity' strategy whereby infections would be consciously allowed to rise, despite deaths, in the hope this would boost overall national resistance to the virus. However, due to significant controversy over the plans, the UK entered lockdown 17th March, with businesses of most kinds and public resources such as schools and parks closed until further notice. There has been little change since then, bar Whitehall moving to impose a 14-day quarantine on international visitors to the UK - around two months after most other countries in the world adopted a similar scheme.