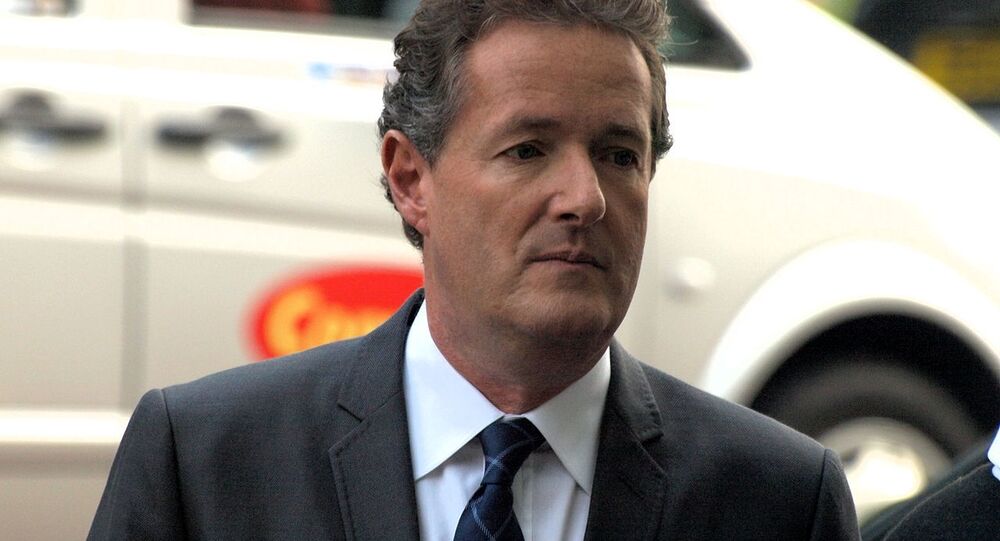 The outspoken GMB host believes that by defending the top Downing Street policy adviser, notably behind the set of COVID containment rules, the prime minister is "telling" Brits "their lengthy lockdown effort" was no more than "a waste of time".

Addressing the recent fierce spat over Dominic Cummings' relocation from London to his parents' home during the stringent lockdown, Piers Morgan angrily declared that Boris Johnson, who stood up in his aide's defence, has gone from "hero to zero".

"Boris Johnson is done. 63k people dead on his watch from a virus his reckless complacency & negligence failed to contain", Piers started off his rant, further interpreting Johnson's defence of Cummings:

"Now he tells the British public their lengthy lockdown effort was all a waste of time, just to save his lying hypocrite aide. From hero to zero in 6 months", he summed up.

Responding to a Twitter follower whose father fell victim to the current healthcare crunch, Piers said he thought it was "disgusting" that the PM has "made a mockery of your suffering by saying the lockdown never really mattered".

Over the past few days Cummings has faced calls to resign, and Johnson to sack his top aide, notably the architect of the package of coronavirus-induced lockdown measures. He has since claimed he made the long journey to the northeast, to his family home in Durham, out of concern for his child's safety after his wife, journalist Mary Wakefield came down with COVID.

The family reportedly made the journey a day after No.10 confirmed Cummings was self-isolating at his home due to experiencing symptoms of the virus. Downing Street deemed his relocation as nothing illegal, with ministers arguing he acted out of concern for his family’s health, but pressure on Boris Johnson to fire "hypocrite" Cummings intensified over the weekend after he was reported to have broken the self-isolation rules three times, being seen out together with his 4-year-old son in Durham, including days after he was seen back in London recovered.

It was also alleged that Cummings visited the tourist location Barnard Castle on 12 April and that he was again spotted in Durham on 19 April, a claim the government denies.

"The guidance makes it very clear that where you have particular childcare needs that has got to be taken into account".

His word of support immediately landed in others' crosshairs, Piers Morgan's included. "What an utter disgrace. One rule for the Govt, another for the plebs. Shame on you, prime minister", the famously outspoken host raged.