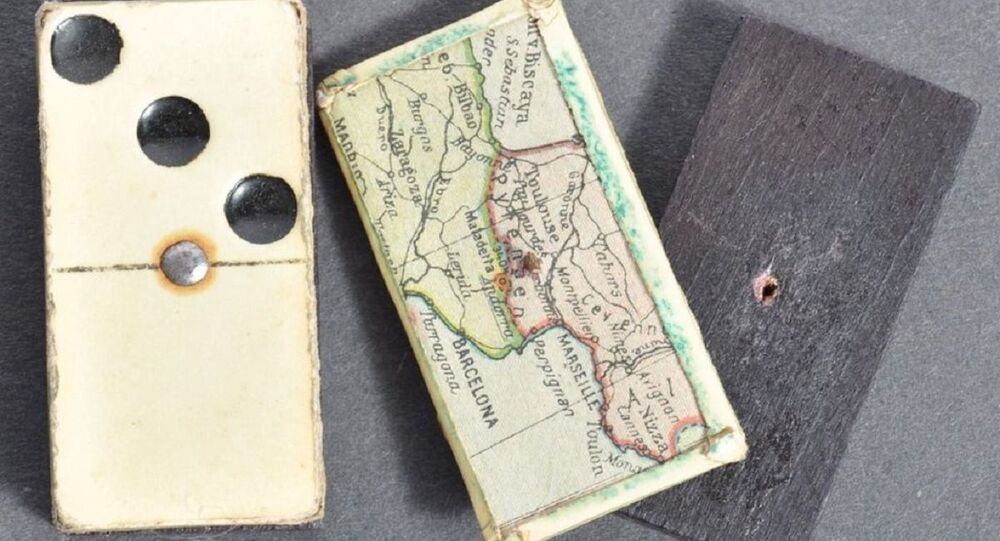 All of the items were collected by the late Arthur Muggeridge, a former Royal Artillery soldier, for more than forty years.

A rare collection of "secret spy gadgets", which were developed by MI9 to support British soldiers trapped in France during the Second World War, has been auctioned off in the UK city of Bristol for just about £17,000 ($20,000).

MI9, which was established in 1939, rendered assistance to downed pilots from the Allied forces, also shoring up European resistance groups.

The Sun reported that "the James Bond style gadgets" of the collection included a miniature spy camera, exploding coal, dominoes concealing fragments of a map of France, and a champagne cork with hidden compasses.

The newspaper quoted auctioneer Andrew Stowe as saying that the items, which "struck a chord with people" can be seen as "small acts of bravery".

"This was real espionage work. Secret meetings, coded messages, real cloak-and-dagger stuff. A big part of the MI9 operation was sending secret items to troops in occupied territories. Useful items like maps, compasses and even secret orders – anything to help them escape or evade capture", he told The Sun.

He described the gadgets as something that looked like "normal" items that were sent in aid packages to POW camps in French territory during World War II.

"It’s a unique collection, I’ve never seen another like it. These items are rare, really rare, near impossible to find, so to have an entire collection of them is certainly very special indeed", Stowe underscored.

The late Arthur Muggeridge, a former Royal Artillery soldier, reportedly spent more than 40 years of his life to build the collection.