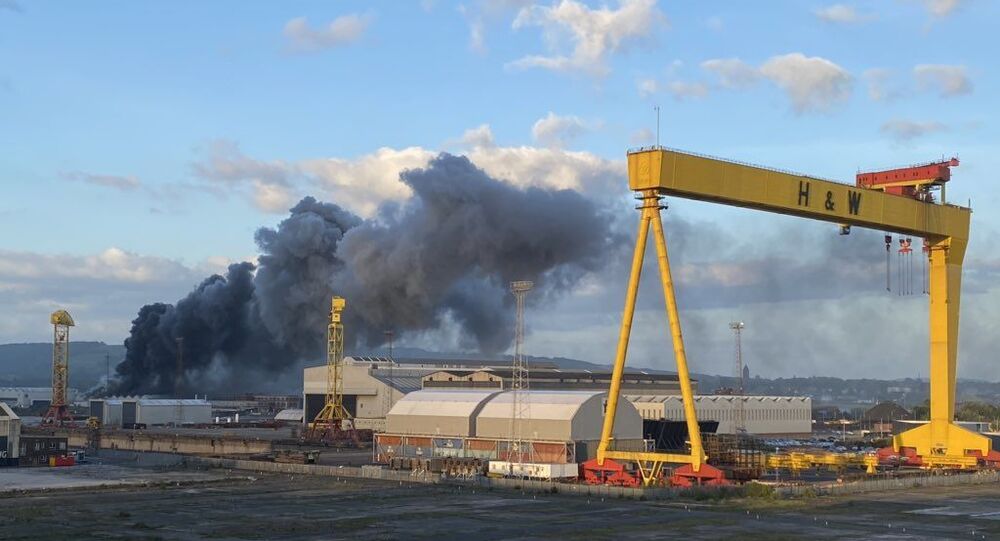 According to local media, some fifty firefighters are battling a "significant" fire at the international company Bombardier Aerospace's site in east Belfast, Northern Ireland.

A large fire has broken out at a Bombardier aerospace company facility in Belfast, Northern Ireland, according to Northern Ireland Fire & Rescue Service. A factory unit is on fire, as six ground team and one air team, with a total of 50 firefighters, are said to be containing the blaze.

People are asked to avoid the area of Airport Road. The extent of the damage done to the area is not known, and no casualties have been reported. It is also unclear how the fire started.

Videos and photos from the site were shared in social media.

Fifty firefighters are fighting a huge blaze at the Bombardier plant in East Belfast. There are no reports of injuries. Apologies for colourful language in this video clip. pic.twitter.com/T9HFMMn6hX

Firefighters are battling a major blaze in the Docks area of Belfast tonight. The blaze started around 8:30pm, a number of @NIFRSOFFICIAL appliances are in attendance. @BelHarPolice have closed Airport Road as a precaution. - @BelTel - https://t.co/oRA6ovPtwE pic.twitter.com/uqMMTDEVvl

Fire Service Area Commander Dermott Rooney called the fire "very significant", asking people to keep windows and doors closed and stay away from the site in order not to hinder firefighting operations.

"Obviously, we are trying to get the fire under control. It's very early stages, we would ask members of the public to stay away from the area so they don't hamper our efforts," he said, cited by BBC.

Bombardier aerospace company is one of Northern Ireland's largest employers, making wings for Bombardier's A220 planes. Based in Canada, Bombardier Inc. is a multinational manufacturer of business jets and rail equipment.