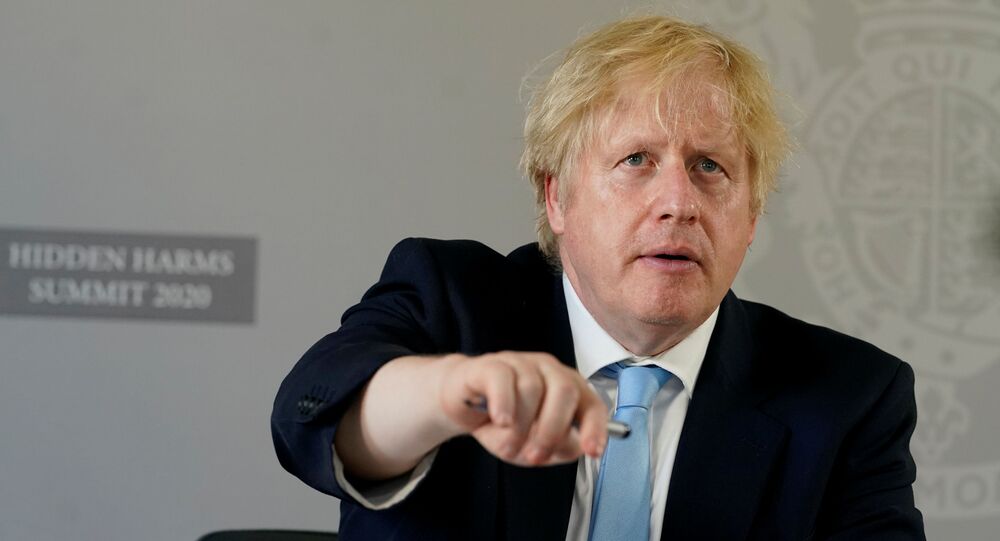 The revelation follows moves by China to introduce a resolution improving the Basic Law that sets out the framework of ties between Hong Kong and Beijing, which could include a national security convention banning "treason, secession, sedition and subversion", and may be passed without consultation with the region's legislature.

Boris Johnson has allegedly hatched secret plans to allow hundreds of thousands of Hong Kong citizens to flee to Britain should Beijing pass any further legislation which has already provoked another wave of protests as some are afraid that the bill would curtail the city's liberties and undermine its special position within China.

The Sunday Express claims the idea of spiriting away disaffected Hong Kong citizens was outlined by the Prime Minister earlier this year at his official country residence - it’s unclear unclear if this will extend merely to the 315,000 who hold a British National (Overseas) passport and their extended families, or members of the island’s 7.5 million-strong population - most of whom had such a passport until 1997. At present, the passport allows visa-free travel to the UK, but not residency.

Those of us who stand for democracy and the rule of law must unite to say that China’s flagrant breach of the Sino-British Joint Declaration cannot be tolerated. I sign this declaration in solidarity with the people of Hong Kong. https://t.co/6RMxdQDXQC

​The meeting at Chequers was reportedly in unanimous support of the move, and comparisons have been made to the move to provide full citizenship to Ugandan Asians in the 1970s, after they were expelled from the country by Idi Amin.

Since then, a letter signed by 183 politicians, prime ministers, legal and human rights pundits, and diplomats who have condemned China's latest move has been published - the effort is led by former Hong Kong governor Lord Patten and former foreign secretary Malcolm Rifkind.

North West Leicestershire MP Andrew Bridgen, one of the 183, claimed the UK has a “moral obligation” to residents of Hong Kong, “especially those with British overseas citizenship”.

However, Evan Fowler, a fifth generation Hong Konger and founder of Hong Kong Free Press, said the move was “essentially a symbolic gesture”.

"There's anger at the fact BNOs are non-transferable and don't apply to children or spouses. The elite have other passports too but they're highly invested there and won't be looking to leave unless the Chinese close down the Hong Kong Club. Of the rest, 90 percent aren't financially able to relocate and, even if they were, they wouldn’t leave their families behind,” he lamented.