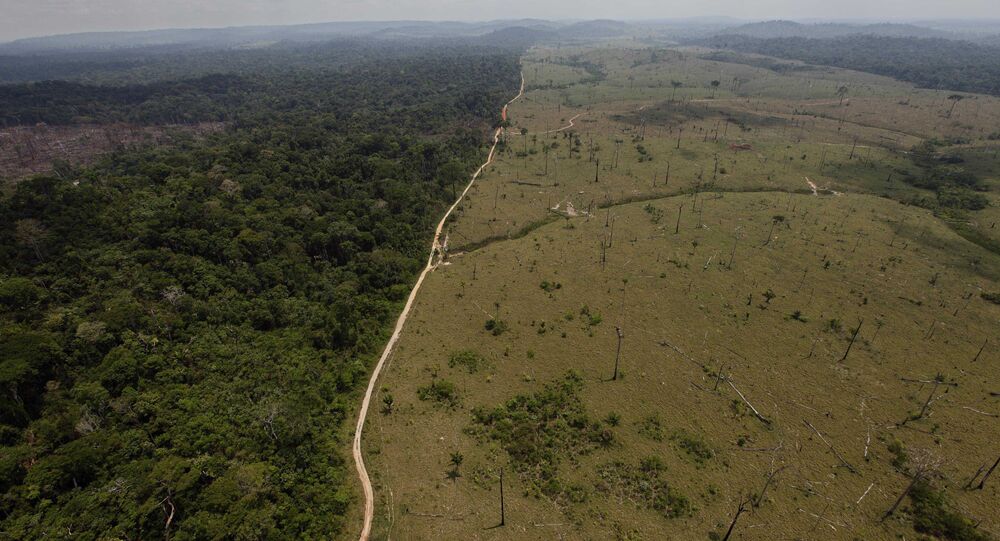 UK supermarkets have warned in an open letter they may boycott Brazilian goods if lawmakers pass a bill backed by President Jair Bolsonaro that could potentially quickly destroy the Amazon rain forest, reports found this week.

Signatories of the letter included agribusiness companies such as the AP7 pension fund in Sweden, Norwegian insurance company Storebrand and many others, who said they were "deeply concerned" about the bill, the letter said.

“We urge the Brazilian government to reconsider its stance and hope to continue working with partners in Brazil to demonstrate that economic development and environmental protection are not mutually exclusive,” the letter said.

The bill would encourage "further land grabbing and widespread deforestation" increasing damage to the Amazon, in addition to the nation's 2015 Paris Agreement goals on climate change and indigenous rights, the letter read.

“We believe that it would also put at risk the ability of organizations such as ours to continue sourcing from Brazil in the future,” it continued.

"Ending unnecessary deforestation will be a fundamental elements in talks" at the Convention on the Parties to the Climate Convention (COP26) in Edinburgh, which was rescheduled next year due to the COVID-19 pandemic, a separate cross-party letter from British MPs added.

Giles Bolton, Responsible Sourcing Director of Tesco said in a joint statement: “The Amazon is a vital environmental resource for the world and we want to work with local partners to ensure that protecting it is also the best economic option for Brazil. But providing an amnesty for the minority who have already destroyed parts of it would encourage more destruction. Should this proposal pass, the ability of leading businesses to continue sourcing there will inevitably be called into question”

The news comes as Rodrigo Maia, Brazil's lower house speaker, said he would introduce the bill on Wednesday for a vote.

The bill, entitled 'land regularisation' by supporters and 'the land speculation law' by opponents, will boost support for settlers in the Amazon's public lands to earn deeds for their properties.

Those backing the bill have said the measure was essential to forcing owners to comply with laws on the environment aimed at limiting deforestation across the Amazon region. But activists and environmentalist argue the bill would reward land speculators deforesting the Amazon and open further clearing and settlement of public forest land, the report said.

​"This year the data strongly suggest that the illegal land seizures, fires and deforestation in the Amazon will be worse than 2019, because the [COVID-19] pandemic has reduced enforcement of environmental laws by authorities [and] patrols by indigenous people", Amnesty International head of crisis and environment, Richard Pearshouse, tweeted last week.

The bill would also increase the destruction of 11,000 to 16,000 square kilometres of forest land, Amazon research institute Imazon said.

​The Brazilian state of Pará had the most deforested land in the Amazon, where 171 square kilometres of land was deforested. States Mato Grosso, Rondônia, Amazonas, Roraima and Acre followed, a Imazon statement read.

The news comes as President Bolsonaro has been urging states to reopen business despite a spike in COVID-19 cases this week, with nearly 292,000 cases and almost 19,000 cases being reported on Thursday, prompting opposition parties to demand his impeachment, reports showed.