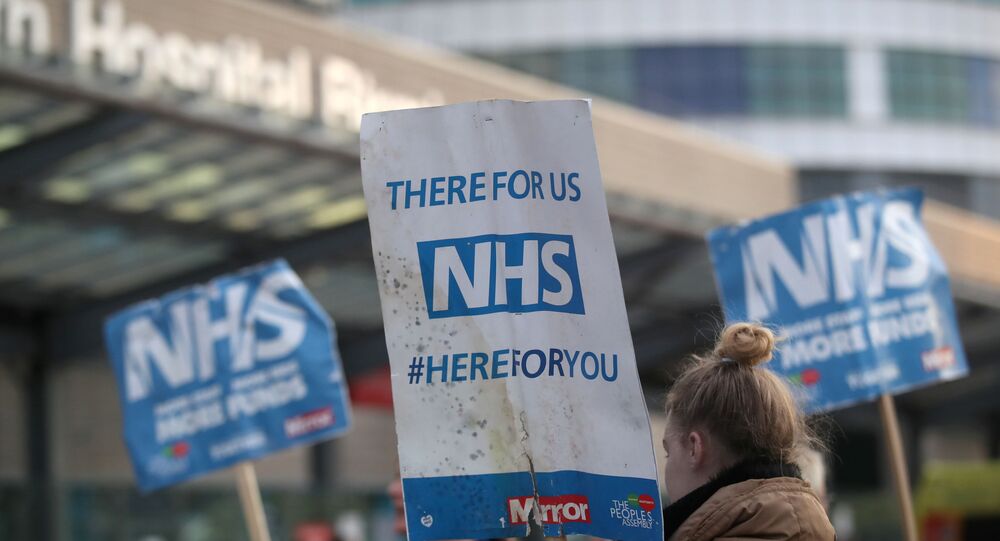 Earlier, it was reported that tech experts with Britain's National Health Service (NHS) were developing a mobile phone app using Bluetooth technology that would inform users if they have been in close proximity to those who tested positive for COVID-19, and urge them to get tested for the virus.

Plans to unveil the much-touted COVID-19 mobile tracing app, currently being trialled on the Isle of Wight, have hit a snag, as it has emerged that it will not be ready until June, reports The Guardian.

NHS insiders have been cited as revealing that diverse issues needed to be ironed out before the tracking app could be deployed sometime next month.

Live on the #IsleOfWight? Download the new #NHSCOVID19app and do your bit in the fight against #coronavirus. Find out more here https://t.co/rzgGGmuV13 pic.twitter.com/BMefPVdgJC

“This is a complicated thing to do and get right,” a source was quoted as saying.

While UK Health Secretary Matt Hancock had optimistically vowed last week that the app would be “rolling out in mid-May” across the entire country as it emerges from lockdown, the launch date was subsequently delayed to the end of the month, and finally on 18 May Downing Street was suggesting the system might be ready “in a few weeks”.

On Tuesday, Professor Angela McLean, deputy chief scientific adviser, acknowledged at a Downing Street daily briefing the decision to abandon the track-and-trace system in March was due to lack of testing capacity, adding it was “the right thing to do” under the circumstances.

When asked about the reasons for curtailed community testing on 12 March, despite World Health Organisation recommendations to enhance testing, the official said:

“The advice that we gave certainly took account of what testing was available… It was the best thing to do with the tests that we had. We could not have people in hospital with COVID symptoms not knowing whether or not they had COVID.”

“It’s undoubtedly the case that early on we were wanting to build that capacity.”

With the country gradually emerging from lockdown, and much hopes placed on the app, Thérèse Coffey, work and pensions secretary, expressed concern on Tuesday that children may start returning to primary school on 1 June before the system was rolled out.

“I’m not aware that’s been set as a condition that’s necessary for the phased reopening of primary schools,” she said.

However, downplaying the concerns, a government source was quoted as suggesting there had been needless focus on the tracing app, which should be viewed as “a support: a digital supplement” to human contact-tracing.

One of the hurdles on the path to rolling out the app is that it will run on Apple iOS and Android hinges on the government’s demand that a centralised tracing database be deployed. This would record the contacts and the first half of a user’s postcode if they confirm they are ill with the virus.

With the NHS hoping to use the app to monitor regional outbreaks, tech giants Apple and Google, who teamed up to create the app, insist the contact data should be retained only by a person on their phone.

Another issue that needs to be worked around is ensuring that as the app tracks connections and doesn’t drain the battery, with Low Bluetooth Energy hopefully preserving battery life as much as possible.

The contact tracing app operates by using anonymous Bluetooth signals, without requiring mobile data or location tracking via GPS.
All data is anonsmised but linked to the device, with users entering their postcode for tracking purposes.

On Tuesday privacy watchdogs were quoted as once again reiterating concerns that the new tracing app would share a huge amount of personal data with the government.

“Given the government’s record of sharing health, education and police records with immigration enforcement, it’s alarming that it has chosen an app design that prioritises data collection – including data not needed for contact-tracing – over privacy,” said Martha Spurrier, director of Liberty.
© REUTERS / Toby Melville
A sign thanking the NHS is seen in London

According to a press release from the NHS, an "anonymous log" of locations and proximity would be stored "securely on your phone".

“We will always comply with the law around the use of your data, including the Data Protection Act and will explain how we intend to use it. We will be totally open and transparent about your choices in the app and what they mean… Your privacy is crucial to the NHS, and so while these are unusual times, we are acutely aware of our obligations to you. Just as the NHS strives at all times to keep your health records confidential, so it will keep the app data secure,” reads the NHS statement.