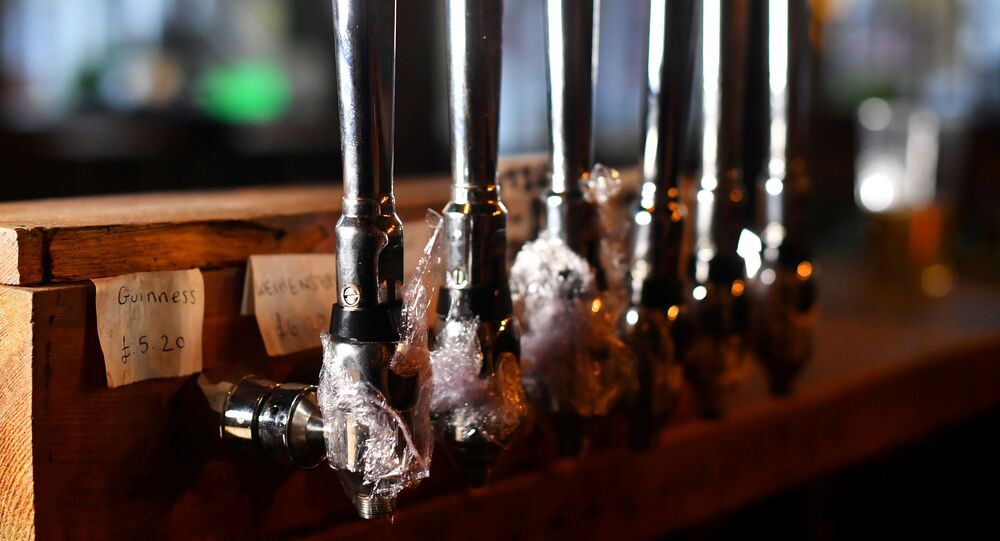 ‘Sobriety Tags’ Set to Come Into Force Across England and Wales

Following a trial in Humberside, Lincolnshire and North Yorkshire, and another in London, alcohol-fuelled criminals could be made to wear “sobriety” ankle tags to monitor their behaviour. The measures are expected to be rolled out this winter.

Offenders who commit crimes while drunk could be forced to wear “sobriety tags” under new legislation that comes into force in England and Wales on Tuesday, as reported in the Independent.

Under the new laws, courts will have the power to order those convicted of drink-related crimes to wear an ankle monitor for up to 120 days. It assesses whether there is any alcohol in their sweat.

The first tags are expected to be fitted this year once probation staff have been trained and the monitoring contract agreed. When up and running, as many as 2,300 are likely to be fitted on offenders every year.

© East News / PhotoNonStop RM
UK Youth Find More Easily Access to Cannabis Than to Alcohol - Specialist
An estimated 39 per cent of violent crime involves an offender under the influence of alcohol, and the social and economic cost of alcohol-related harm is estimated to be £21.5bn per year, according to the Ministry of Justice (MoJ).

The technology is designed to be able to distinguish between alcohol-based products like hand sanitiser and can detect when contact is blocked between the skin and the tag.

“Smart technologies like sobriety tags not only punish offenders but can help turn their lives around. While prison will always be the right place for many criminals, tough community sentences like this can help cut reoffending and protect the public,” he said.

​Two successful pilots, one across Humberside, Lincolnshire and North Yorkshire and another in London, recorded that 94% of offenders remained alcohol-free during their monitoring period.

According to the Guardian, Keith Hunter, the police and crime commissioner (PCC) for Humberside, said: “During the trial in our area they provided rehabilitation agencies a real opportunity to work with the individual and get them to recognise and change their behaviour.

“Undoubtedly their use will help reduce the number of victims of alcohol-related crime, many in domestic situations, and aid the rehabilitation of offenders as they become a standard feature of the criminal justice system.”