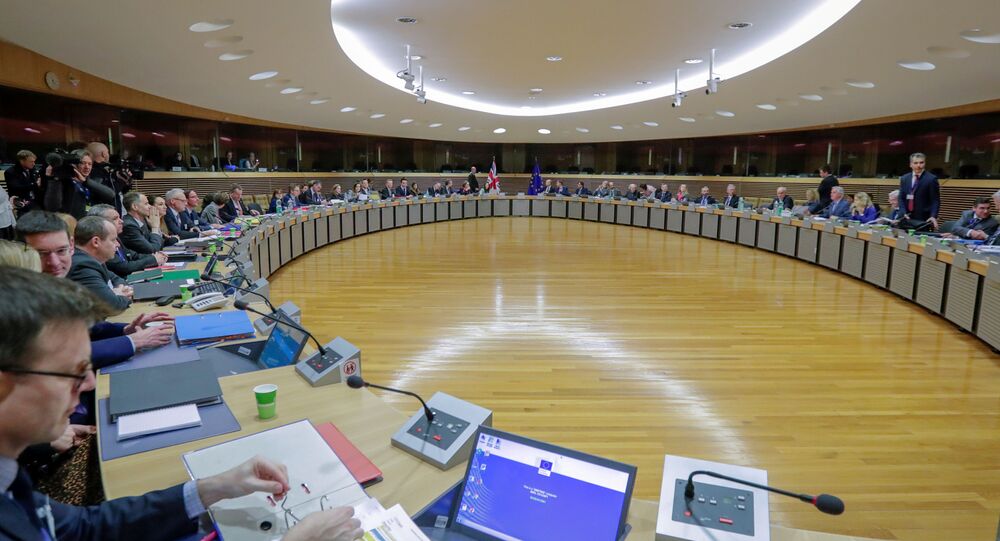 The United Kingdom announced a new post-Brexit tariff regime on Tuesday to replace the European Union’s external tariff, maintaining a 10% tariff on cars and levies on agricultural products such as lamb, beef, and poultry.

Responding to a question tabled by the Labour Party, Cabinet Office Minister Michael Gove gave the House of Commons the latest update on the UK talks with the EU.

He argued the Brussels bloc has shown little flexibility during the first three rounds of the trade negotiations and urged the EU to recognise the UK as a sovereign equal in order to reach a deal, as reported by the Express.

"The government remains committed to a deal with a free trade agreement at its core," Gove told parliament. "But success depends on the EU recognising that the UK is a sovereign country.

"There remain some areas where we have a significant difference of principle - notably on fisheries, governance arrangements and the so-called level playing field," Gove said. He repeated that the United Kingdom would not extend the transition period, as cited in Reuters.

"The EU essentially wants us to obey the rules of their club even though we're no longer members."

Michael Gove says a post-Brexit trade deal "depends on the EU recognising that the UK is a sovereign equal." pic.twitter.com/Y1mQAtNZPS

​On Tuesday, the UK announced a new post-Brexit tariff regime to replace the European Union's external tariff, maintaining a 10 percent tariff on cars but cutting levies on tens of billions of dollars of supply chain imports.

After decades outsourcing its trade policy to the EU, Britain is seeking free trade agreements with countries around the world and aims to have deals in place covering eighty percent of British trade by 2022.

Britain left the EU at the end of January but will follow the EU’s tariff programme this year during a transition due to end on Dec. 31, 2020.

The new tariff regime, in place from January 2021, marks a departure from what some UK officials call an overly complex EU system, setting out Britain’s stall as it negotiates trade deals with both the United States and the Brussels-based bloc.

But it will mean that if Britain and the EU fail to reach a free trade deal by the end of the year, the price of some food, cars and some chemical inputs imported from the bloc would rise sharply.

Britain said the regime, known as the UK Global Tariff, would be simpler and cheaper than the EU's Common External Tariff. It will apply to countries with which it has no agreement and removes all tariffs below 2 percent.

Last week, EU chief negotiator Michel Barnier and his UK counterpart David Frost ended the third round of the Brexit negotiations disappointed by the demands of the other side.