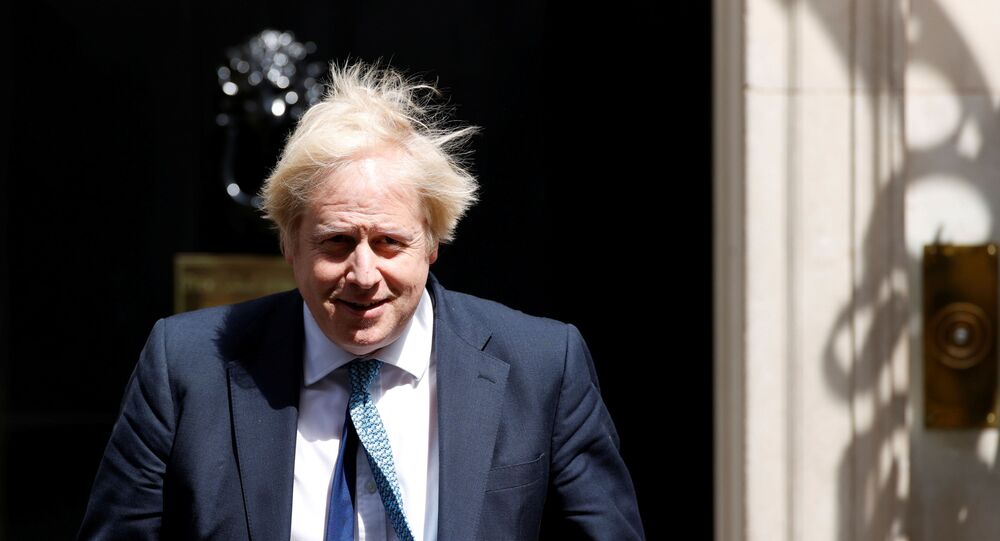 Sedwill’s role in the Government's battle has faced intense scrutiny after it emerged he contracted coronavirus at approximately the same time as the Prime Minister - Downing Street only revealed his illness six weeks afterwards, having claimed he was carrying out all his duties as normal while he was in fact working from home as he was so unwell.

Boris Johnson and top British civil servant Mark Sedwill are clashing over who’s responsible for rolling out the Government's lockdown exit strategy, according to the Sunday Times.

The pair were said to be engaged in a “tense” standoff when plans to ease restrictions were discussed at a meeting last week, with the premier apparently asking the gathered who was responsible for implementing measures contained within the blueprint - Sedwill was asked if it was him, but the Civil Service chief replied it was up to Johnson.

Some MPs believe Sedwill, who also serves as the Government's National Security Adviser, is spread too thinly and should hand over his security brief to someone else. One aide told The Times people in Whitehall “are not such fans” of him.

The PM’s spokesman suggested that he heard about Mark Sedwill having their disease from journalists which is ....

.... a reminder that in really tough times the British state is not a beacon of transparency

​“He's doing three or four jobs: head of the Civil Service, National Security Adviser, adviser to the Prime Minister and leading the Covid stuff. He never quite articulates what he's up to,” the nameless individual allegedly said.

The claims came amid reports of growing splits between ministers and senior civil servants, with the latter fearing they’re being set up as coronavirus “fall guys” ahead of an inevitable public inquiry into the Government's handling of the crisis.

It turns out that the UK's most senior Whitehall official, Sir Mark Sedwill - who unusually combines three roles, cabinet secretary, head of the civil service and national security adviser - had Covid19, at more-or-less the same time as @BorisJohnson, Dominic Cummings and...

​Meanwhile, a plan to quarantine travellers returning to the UK has prompted a Cabinet split over who it should apply to, with aides concerned it’s rapidly becoming a “sh**show”.

It came amid a growing Cabinet split over the Government's plan to quarantine people visiting and/or returning to the UK - full details are expected to be announced within the next fortnight, with travellers entering Britain compelled to self-isolate for two weeks. However, a row has emerged within Government over who should be exempted from the policy.

Some ministers want numerous exemptions amid fears harsh clampdown will scare business, while others remain in favour of more stringent controls to stop a second wave of the disease surging. It was originally suggested travellers to and from Ireland and France would be exempt, but ministers have now reneged on the suggestion, with at most lorry drivers and scientists involved in coronavirus-related work not be subject to the rules.

Despite the tension and confusion, ministers have seemed confident in proclaiming restaurants and cafes could reopen across the country within weeks, and Johnson has reportedly told MPs the UK can return to “near-normality” in July. Michael Gove has also said England's schools are safe to reopen. As of 17th May, the number of confirmed cases in the UK stands at 241,161, while deaths have reached 34,466.