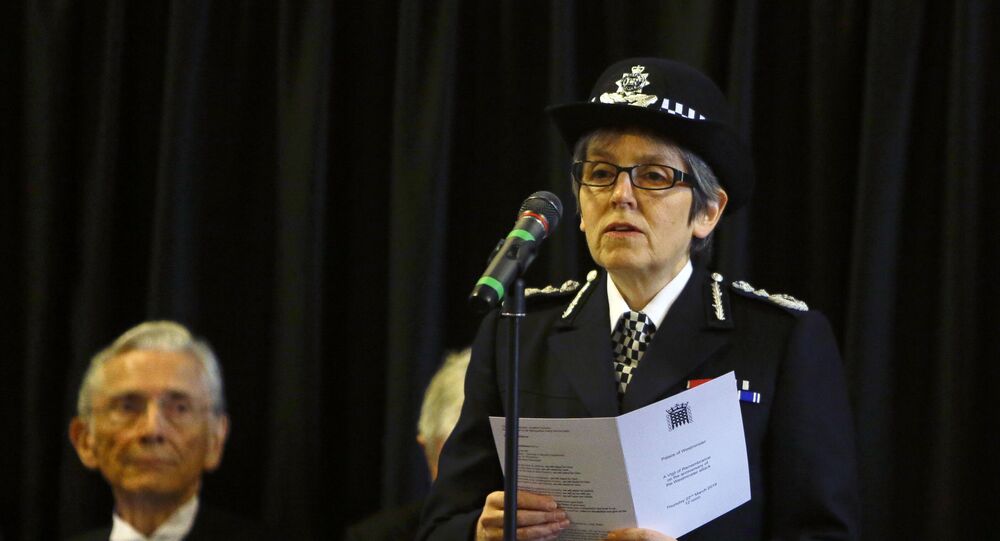 Since 13 March, officers have recovered 444 knives, 322 offensive weapons, 106 firearms and made 2,478 other seizures – mostly drugs. As the government begins to remove some lockdown restrictions, the Metropolitan Police are continuing to proactively bear down on violence in all its forms.

Metropolitan Police commissioner Cressida Dick has set out the Met’s plans to continue suppressing violent crime as lockdown measures are eased in the UK.

Speaking at a remote press conference on Wednesday, she said officers were “seizing the opportunity” to prevent violence rising back up to previous levels when restrictions lift.”

“It has provided a relief from violent crime for so many people and many criminals are being inhibited in their activities,” she added.

“We are absolutely determined to bear down on violence and prevent an escalation anywhere near back to previous levels.”

Officers from @MetPoliceUK have been working tirelessly during this crisis to keep Londoners safe.
I remain absolutely committed to bearing down on all forms of violent crime. These new local teams will help stop violence from resurfacing and target the most prolific offenders.

​Over the past six weeks in London, knife crime and gun crime have halved, gun discharges have fallen by three quarters, stabbings of under-25s by 69 per cent and personal robbery by 39 per cent compared to the same period in 2019, as reported in the Independent.

As part of the Met’s commitments to tackle violent crime, dedicated teams have been established to spearhead suppression activity at a local and neighbourhood level.

More than 620 officers will make up new Violence Suppression Units (VSU) and 700 extra officers have joined the Metropolitan Police since September as part of a national recruitment drive.

Officers have identified around 1,000 of London’s most prolific violent offenders and are to visit their homes twice to encourage them to join “diversion activities”.

Metropolitan Police Commissioner Dame Cressida Dick says 'we will be talking to people about the opportunity to get away from a life of violence' and hopes #coronavirus has given those people "time away from crime and a time to think".

​Police will also be conducting unpredictable high-visibility patrols around 250 “micro hotspots” that have been disproportionately affected by street violence and robbery.

Innovative tactics, including short bursts of police activity at random times, will be deployed to drive out offenders.

Sadiq Khan, the mayor of London, commended Scotland Yard’s drive against violence but said people should be “under no illusion that the underlying causes have gone away”.

He added: “City Hall data has shown us there is a strong link between serious youth violence and Londoners affected by deprivation, poor mental health and poverty.

“I am deeply concerned that these underlying causes could be made far worse by the current crisis and its economic consequences, which is why I’ve written to the prime minister to ask for urgent action to support young people, youth services and police forces once the lockdown is lifted.”