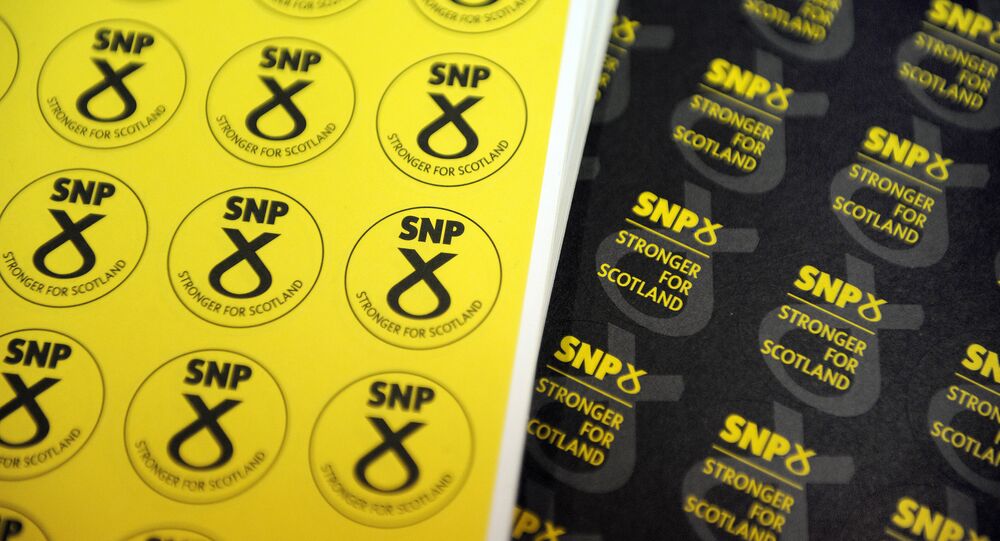 Following the 2008 financial crisis, the Conservative-Lib Dem coalition government introduced a series of cuts to public sector programs in order to pay off the deficit which the country had developed. Now the coronavirus pandemic has seen the government step-up its interventionist role, concerns over a potential new wave of austerity are growing.

The Scottish National Party (SNP) urged Westminster on Wednesday to preclude returning to austerity measures following leaked reports that the UK is considering imposing budget cuts and public sector pay freeze after the coronavirus pandemic is over.

Shadow Chancellor for Scotlands dominant Scottish National Party (SNP) Alison Thewliss said that imposing another decade of cuts on millions of people including NHS workers would cause "devastating harm" on the public and the economy.

"The UK government must rule out a return to Tory austerity, which has damaged the economy and caused devastating harm to people, public services and communities across the UK", the MP for Glasgow Central said

“Reports that the Tory government is considering imposing more damaging cuts, including freezing public sector pay, will be deeply concerning for millions of people who are already struggling.

She urged the government to "learn the lessons" of the 2008 - 2009 economic crash to protect the UK's public services "and ensure that people are not pushed into further poverty and hardship".

Thewliss called on Boris Johnson to make a "cast-iron guarantee" to make good on previous promises that austerity would "certainly not’" be the Conservative government’s response to the crisis.

“It would be utter hypocrisy to applaud our health and social care staff during this crisis, then freeze their pay afterwards", she said.

“Tory cuts over the past decade have pushed millions of people into hardship and caused poverty and inequality to soar. At a time when the coronavirus crisis is already hammering households, we cannot afford the prospect of more damaging cuts down the line".

The comments from the SNP Shadow Chancellor come as a leaked Treasury document seen by The Telegraph on Tuesday suggests that UK Chancellor Rishi Sunak may need to increase income tax, freeze public-sector wages, or end the pension triple-lock in order to pay off the projected £337 billion budget deficit racked up due to the coronavirus pandemic.

Unprecedented amounts of state funding have been introduced to support business' and workers who have been told to stay home and cease social interaction amid the outbreak.

According to the leaked reports, the government's worst-case scenario will see the deficit reach £516 billion this year, requiring £90 billion worth of cuts and tax increases, with the most “optimistic” scenario forecasting a £209bn deficit.

While Boris Johnson's tenure as Prime Minister has delivered a significant shift from the austerity under previous Conservative governments, top economists have urged the cabinet not to turn towards budget cuts in order to alleviate the coronavirus bill.

In the New Statesman last month, Robert Skidelsky of the Oxford and Warwick Universty warned that essential services that people need such as "transport infrastructure, health and education services, and social housing" should never be run down during a period of crisis.