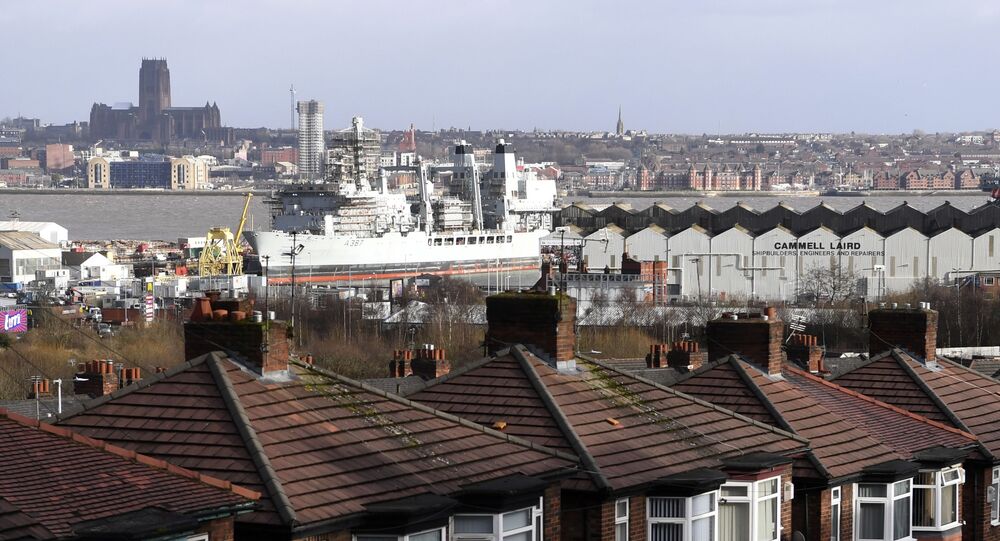 In 2012, the contract for four Tide-class tankers for Royal Navy was given to South Korean conglomerate, the actions that have been later reviewed by the orders of then-Defence Secretary Penny Mordaunt. However, it’s now unlikely that the final report into the matter could be properly scrutinized by trade unions and campaigners.

The UK Defence Ministry will not publicly release a report examining a refuelling tanker procurement deal which handed a £550 million contract to South Korea’s Daewoo, despite requests from the GMB union, Mirror reported, citing a letter from the Whitehall officials.

Daewoo was given the contract for four Tide-class refuelling vessels back in 2012, despite warnings about possible job loss in the shipping industry resulting from this move. In May 2019, current Paymaster General Penny Mordaunt, who briefly served as the UK’s Secretary of State for Defence for less than three months back then, ordered a report investigating the impact of such procurement. Mordaunt noted that it was important to examine the transaction in order to understand the handling of upcoming £1.5 billion deal for three Fleet Solid Support ships. The unions now fear that this contract may also be handed to foreign firms thus threatening thousands of local jobs.

© AP Photo / Kirsty Wigglesworth
In this file photo dated Tuesday, Jan. 29, 2019, Government minister Penny Mordaunt leaves after a Cabinet meeting at Downing Street in London. The international development secretary, Mordaunt has been appointed to replace Gavin Williamson who was sacked Wednesday May 2, 2019, as U.K. defense chief.

However, according to the letter to the GMB union by the Ministry of Defence’s information rights team, the report will not be publicly released, as its “frank assessments” “would likely serve to constrain the government's future policy options”.

“Disclosure of this information would be likely prejudice the formulation of a sound, evidence-based policy as it would reduce the willingness of officials to present such a frank analysis”, said the head of the MoD’s information rights team Sandra Gardiner in the letter seen by the Mirror.

“I am therefore satisfied that the disclosure of this report would damage the integrity of that process,” the official argued, despite noting that there is “a strong public interest in greater awareness of the issues behind the MoD’s policy approach to shipbuilding in the UK and abroad and the economic implications that may arise.”

The decision to keep a report on the refuelling tanker project secret was slammed by the shipbuilding industry campaigners, with the GMB national officer and the chair of Confederation of Shipbuilding and Engineering Unions, Ross Murdoch, calling this move “outrageous”. GMB insists that the result of the government’s study should be properly reviewed by the industry, citing a the Freedom of Information request.

© Photo : MSubs
Royal Navy Sinks Million Pounds Into Massive 30 Meter-Long Stealth Unmanned Sub – Reports
Currently, the campaigners from “Keep Britain Afloat” are worried that the Fleet Solid Support ships contract would also be given abroad, suggesting that the report in question could have an impact on the final decision on whether it would be economically and logistically wise to confide national shipbuilders with the construction of three 40,000-tonne logistics ships used to support the Royal Navy’s vessels.

The UK is now set to restart competition in the Fleet Solid Support programme, possibly this September, according to the comments by Defence Secretary Ben Wallace, the procurement effort that was suspended last November.