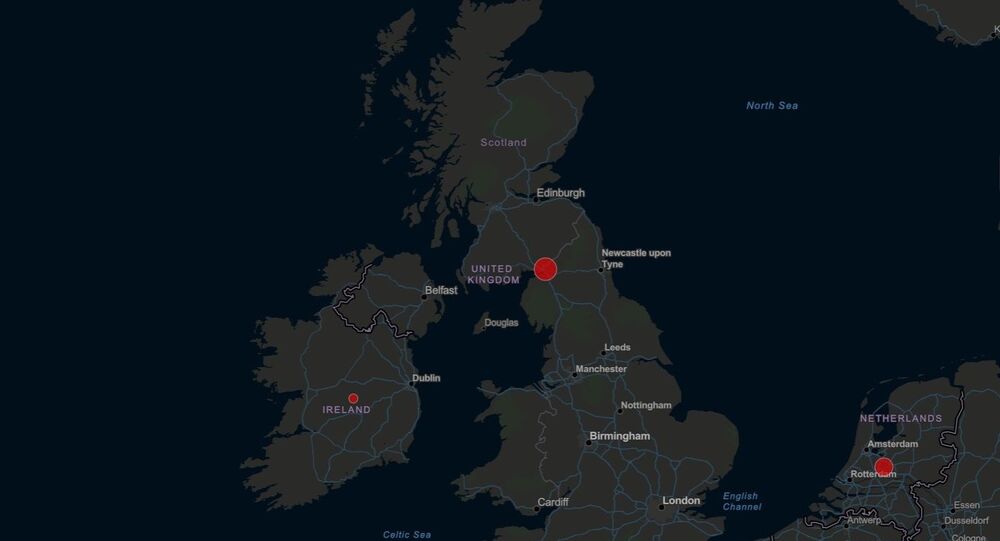 On 8th May, The Guardian reported that some members of Whitehall’s Scientific Advisory Group for Emergencies were angry over the manner in which the government heavily redacted an official report before it was released publicly.

The UK government has published the information from the previously redacted an report in full and adding a disclaimer to the official SAGE documents page following public backlash.

“Material was redacted from this document in accordance with the standard principles governing Freedom of Information when it was first published. However Sir Patrick Vallance [the government’s chief scientific adviser) and No 10 agree that such Sage documents relating to Covid should be published in full, in the interests of maximum transparency, with exceptions only for matters relating to national security,” it reads.

The document, a meeting note dated 1st April prepared for a meeting the next day, shows how SAGE rejected three separate proposals to toughen lockdown measures. The now-unredacted passages reveal four suggestions for “increasing adherence” to the measures were mooted, including; increasing financial penalties imposed; introducing self-validation for movements; reducing exercise and/or shopping and reducing non-home working. The panel was said to have reservations about the first three.

“First, we are unclear what the evidence base is targeted behaviours are a substantial contribution to disease transmission, particularly given the high adherence rates currently observed in the community. Is there evidence, for example, exercise conducted more than one kilometre away from the house leads to higher rates of transmission than exercise conducted within one kilometre of the house? Indeed, for this option, there is a risk reducing the ability of people to apply some flexibility in choosing where to exercise will increase risk by preventing people from spreading out in nearby open space. Tightening restrictions without clear epidemiological need may lose support among people who have been attempting to adhere,” the passage begins.

The SAGE minutes released suggests they didn’t take a cautious approach and instead looked to protect donor money. Then they redacted a lot. Why? pic.twitter.com/1pUKD879c4

​“Second, the implicit assumption underlying [the first three] options is people lack motivation to adhere to current guidance. This may apply to some specific subgroups (the example of young men has been given), but broadly the current levels of adherence we are witnessing suggest this is not the issue. Third, there are equity issues within [the first three] options. Any flat rate financial penalty will have a higher impact on poorer households, while the assumption printing and completing paperwork is straightforward for all households can also be challenged. The assumption underlying restrictions on shopping frequency is that people can afford to buy in larger quantities. The risk of tension arising as the police are required to start penalising those who are not adhering should also be factored into considerations,” it concludes.

The report was one of a number of SAGE documents published in recent days to ameliorate concerns about a lack of transparency over the advice given to ministers responding to thee coronavirus crisis. However, large chunks of text in the report relating to advice from behavioural scientists on how citizens might respond to harsh lockdown measures were entirely blacked out.

Several SAGE members told The Guardian the redacted portions of the document contained criticisms they’d made of potential government policies they’d been formally asked to consider in late March and early April.

Personally, I am more bemused than furious.
The greatest asset we have in this crisis is the trust and adherence of the public. You want trust? You need to be open with people. This isn't open. It is reminiscent of Stalinist Russia. Not a good look. pic.twitter.com/kKyP6S4MPU

​One adviser told the outlet the move was “bloody silly” and “completely counterproductive”, while another suggested the redaction implied “this government doesn’t want any criticism”. One member, Stephen Reicher, a professor of social psychology at the University of St Andrews, even took to Twitter to compare the editing to “Stalinist Russia”.

“The greatest asset we have in this crisis is the trust and adherence of the public. You want trust? You need to be open with people. This isn’t open. It is reminiscent of Stalinist Russia. Not a good look,” he fulminated.

Catholics Warn of Coronavirus Creating 'World Government Beyond All Control'