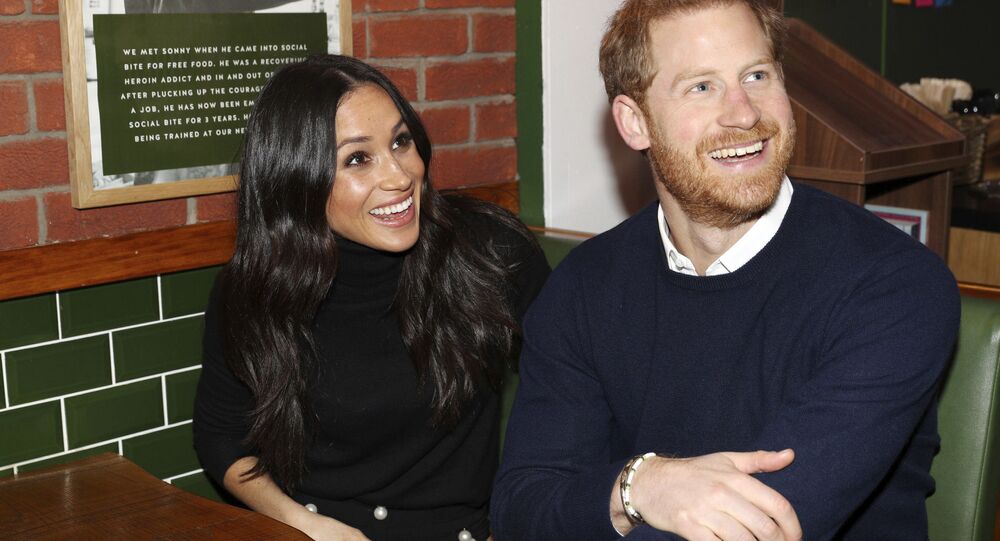 The plane that took the ex-royals to a Beverly Hills estate “in a well-planned operation" was reportedly dispatched by prominent producer and director Tyler Perry.

Oprah Winfrey arranged for the Duke and Duchess to secretly move into a Beverly Hills mansion owned by actor and director Tyler Perry at the end of March, by taking a private jet from Victoria, Canada, the Daily Mail reported, suggesting the said plane costs around $150 million and is among Perry’s personal assets.

Perry sent his Embraer-E190, a "stretch" version of a plane mainly flown by JetBlue Airlines in the US, to pick the couple up, thereby allowing Prince Harry, Meghan Markle, and little Archie to avoid queues at customs once they arrived in California.

“It was a well-planned operation that appears to have worked perfectly", an insider said.

The jet reportedly left its base outside Atlanta at 1:35 a.m. on Saturday, 14 March, landed at a corporate airport in Portland, Oregon, five hours later at 3:39 a.m. West Coast time, staying for a little over an hour before flying on to Victoria International Airport, a stone’s throw from the couple's then rented waterfront home in North Saanich on Vancouver Island.

While the details of the flights are hidden on the website OpenSky, it is understood that the plane took off from Victoria with the former royals on board at 7:35 a.m. on an indirect flight, first back to Portland's Hillsboro Airport and then to Bob Hope Airport in Burbank.

The Sussexes were reportedly able to slip through the airport without complications as they had already gone through Customs and Immigration in Portland, the preliminary destination.

Preceding and directly after their announcement of the so-called Megxit, the Sussexes stayed in Canada, awaiting the completion of some formal arrangements and sparking speculation on where they would finally opt to set up their family home.

However, days before the US-Canadian border closed as a measure to contain the pandemic, the couple relocated to self-isolate in Los Angeles, Markle’s home city, purportedly to be closer to her mother Doria. On American soil, the Sussexes, who formally shut down their UK fund and Buckingham Palace office only in late April, are understood to be working on a new well-being and lifestyle project called Archewell, named after their 1-year-old son Archie Harrison - in a bid “to do something that matters", as they recounted in a recent interview.

Meghan Markle Was Dubbed 'Duchess of Difficult' When She Moved to Kensington, New Book Claims