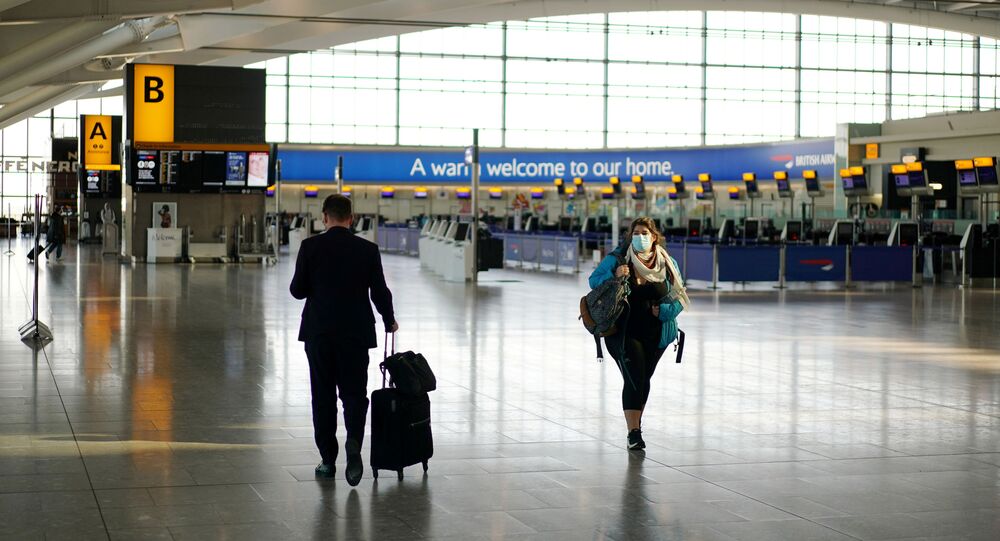 The new measures were said to come as part of Downing Street’s plan to lead the United Kingdom out of the lockdown implemented on 23 March to slow the spread of the coronavirus (COVID-19) pandemic.

All those arriving in the United Kingdom, including Britons returning from abroad, will be forced to self-isolate themselves for at least 14 days, as part of the country’s efforts to prevent a second wave of the virus, UK Prime Minister Boris Johnson is to announce on Sunday, according to The Times.

Johnson is reportedly expected to address the nation to present his government’s roadmap out of the coronavirus lockdown.

The new measures will be implemented on all arrivals through all airports, ports, and Eurostar train stations. Travellers will be obliged to fill out a digital form that includes the address where they are planning to spend the quarantine period.

According to the outlet, authorities will be checking those addresses regularly and a breach of the quarantine might lead to a £1,000 fine or even deportation in some cases.

However, some Downing Street officials reportedly believe that the quarantine measure might not make a difference due to the disease already being widespread in the country.

According to The Guardian, citing figures from the Home Office, only 273 travellers to the UK out of 18.1 million, including passengers on three flights from the Chinese city of Wuhan, where the infectious virus first appeared, were forced into self-isolation during January, February, and March.

Aviation Minister Kelly Tolhurst is expected to discuss the new measures with representatives of airlines and airports on Saturday.

The industry body Airlines UK said in a statement to the BBC that they are waiting to see the details of what the government is proposing.

The body earlier warned that such measures would “effectively kill international travel to and from the UK” and result in “immeasurable damage to the aviation industry and wider UK economy. Nobody is going to go on holiday if they’re not able to resume normal life for 14 days, and business travel would be severely restricted”.