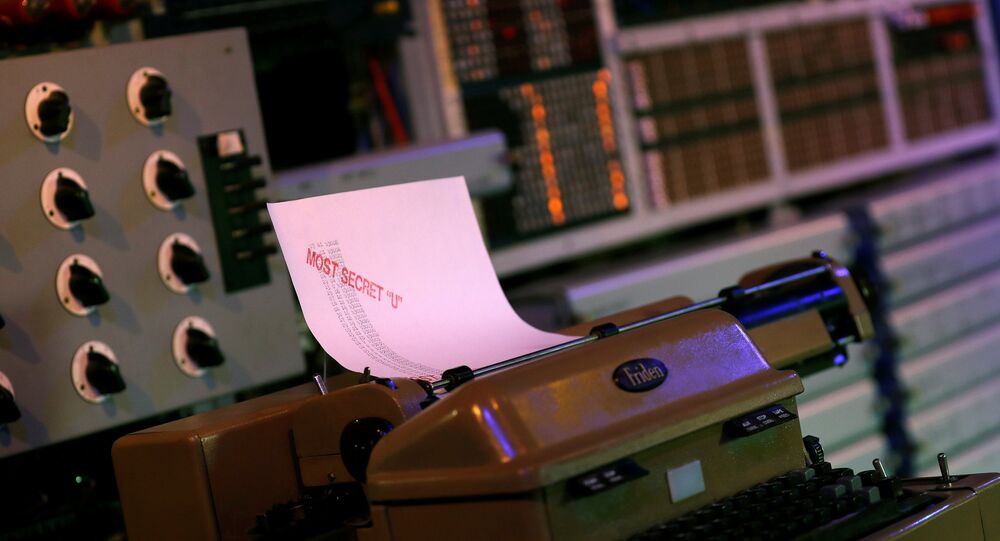 During World War II, a mansion in England's Bletchley Park became the nation's centre for deciphering Nazi coded messages. The work done there was kept secret not only during the war, but for many years after.

The last Nazi military communication intercepted by Bletchley Park has been revealed by the GCHQ as part of the celebrations to mark the 75th anniversary of the Victory in Europe (VE) Day. It was broadcast by a radio network codenamed 'Brown', and was intercepted on 7 May, 1945, a day before the surrender came into effect. The message from a Nazi soldier named 'Lieutenant Kunkel' read:

"British troops entered Cuxhaven at 1400 on 6 May. From now on all radio traffic will cease - wishing you all the best".

"Closing down for ever – all the best – goodbye".

To mark #VEDay75 our Historian Tony Comer tells an untold tale from our archives.

For the first time he reveals the final messages intercepted by GCHQ from a German communications network in the days leading up to #VEDay ⬇️ pic.twitter.com/K7hLcN9c1J

These are the last words intercepted by Bletchley Park from Nazi forces. All German military communications intercepted during the war are now being digitised and will be made available to the public. In another message intercepted a few days earlier, a Nazi soldier based on the Danish coast asked whether radio control had any spare cigarettes. "No cigarettes", read the reply.

"These transcripts give us a small insight into the real people behind the machinery of war", said Tony Comer, a historian working at the UK GCHQ intelligence agency.

Bletchley Park's wartime work, best known for decoding Nazi ciphers made by the Enigma and Lorenz machines, has been credited with shortening the global conflict and saving many lives. After Nazi Germany surrendered, almost 9,000 employees, the majority of them women, continued their work in the British facility.