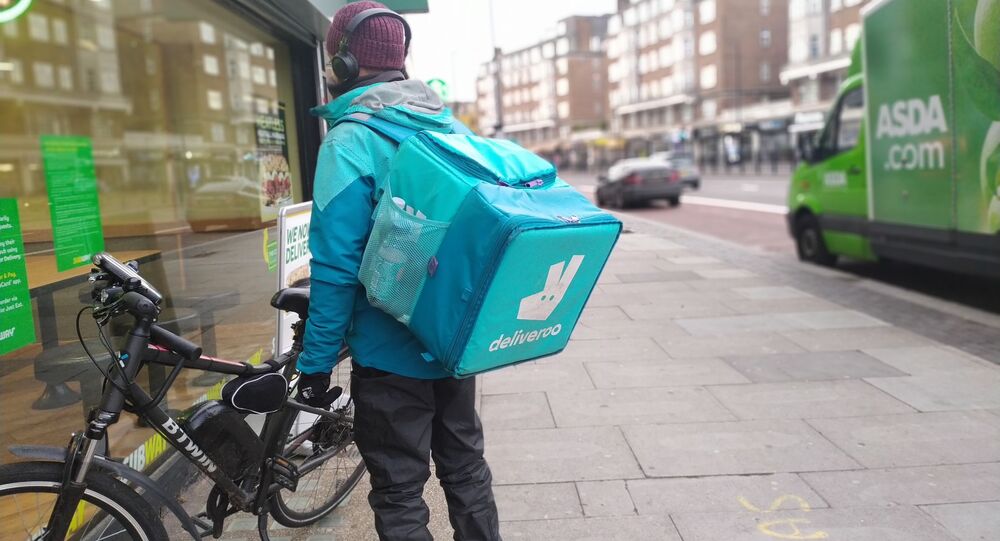 The British government has been accused by critics of failing to properly take into account the millions of self-employed and precarious workers whilst arranging for financial support measures for men and women who can't work thanks to the COVID-19 lockdown.

A joint lawsuit has been launched in the High Court against the British government by UBER drivers and the Independent Workers Union of Great Britain (IWGB), over what they describe as discrimination from the UK treasury in its implementation of COVID-19 financial assistance programmes.

UK Treasury secretary Rishi Sunak announced plans to cover 80% of wages of "furloughed" staff up to £2,500 a month for full-time employees, in order to prevent mass layoffs and millions of people being left without any income, as well as to prevent tens of thousands of businesses having to close up shop. However, until he faced pressure to do so, Sunak failed to offer assistance to workers who are classified as self-employed, or are on 'zero hour' contracts.

While the situation has improved for non-full time workers the IWGB has made it clear that some of the most vulnerable members of the population are not getting the support they require.

Among the chief complaints listed by the claimants are that the Self-Employed Income Support Scheme:

Around 15.1% of workers in the UK are self-employed, according to the most recent data from the Office of National Statistics released in 2018. Self-employed and precarious workers exist across all fields including in deliveries, hospitality, grocery retailers, universities and schools and government departments. Major conglomerates which provide public services that have been outsourced - such as SERCO and G4S also - make extensive use of part-time and self-employed workers as does Amazon.

"I started working as an Uber driver a few years ago thinking it would be enough to provide for me and my family, but now with the outbreak of the Covid-19 pandemic it has become impossible", said Ahmad Adiatu who is claimant in the lawsuit.

He explained that he can spend over £1,000 a month in costs which include paying for car maintenance, insurance and congestion charge. "Now I have no money, so can't even renew my private hire license", he said.

Adiatu also noted that his wife who is breastfeeding their newborn child has been forced to sell her phone in order to pay for food. "I've always worked hard and provided for my family", Adiatu said, "I just want to be able to continue doing that".

Sarja Richards, who is also an UBER driver and IWGB member said that she "worked 60 hours this week for £40 and I'm three weeks in arrears on my rent". Her witness statement which which will form part of the claim in the High Court notes that she has three children and the financial assistance provided will be too little too late.  "How are we expected to survive until June? We need real action and we need it now" she said.

Another issue the claimants will be arguing in court is that the statutory sick pay of £95.85 a week is so insufficient that it discriminates against woman, ethnic minority workers and those employed in the so called 'gig economy'.

"Statutory sick pay has never been more important, for both low paid workers as well as for society more generally, than it is now", IWGB General Secretary Dr. Jason Moyer-Lee said. He lamented the fact that workers have felt it necessary to bring the lawsuit saying that "this government has left us and our members with no choice".