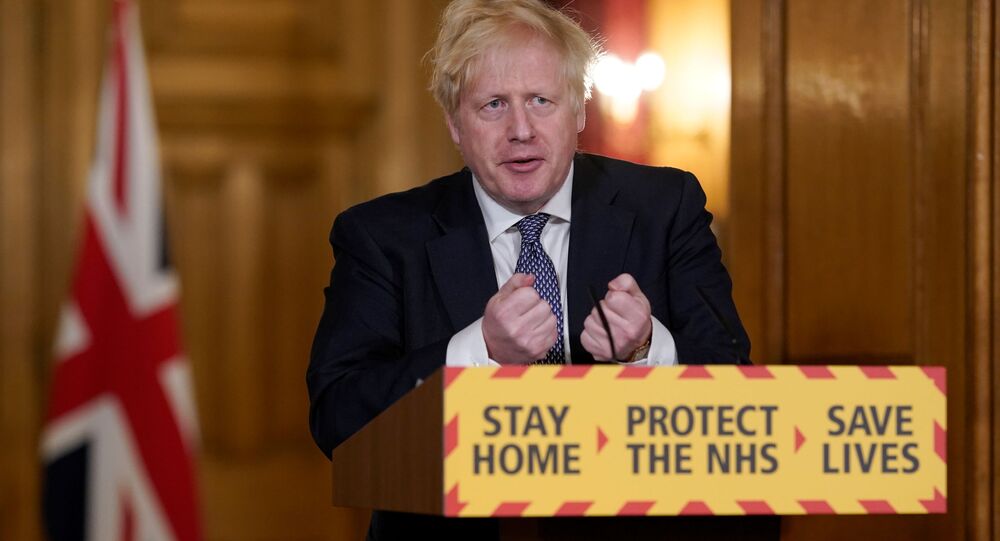 British Prime Minister Boris Johnson was taken to task in the House of Commons over the state of the country as it peaks above Italy for the most coronavirus deaths in Europe. The government had previously aimed to reach 100,000 tests per-day as its strategy seeks to expand testing and tracing of the population.

The United Kingdom has set a new target for its number of daily coronavirus tests by the end of May, Boris Johnson announced during Prime Minister's Question Time (PMQ) on Wednesday.

After coming under fire by Labour leader Sir Keir Starmer, the PM declared that it's the government's "ambition" to hit 200,000 tests by the end of this month and go beyond that figure in the future.

Johnson also said that he would begin to draw up a roadmap to lifting the coronavirus lockdown on Sunday and that he hoped to "get going on some of these measures on Monday".

The Labour leader has been urging the government to publish its "exit strategy" in recent weeks which they previously rejected as "irresponsible".

The announcement is a marked increase from Health Secretary Matt Hancock's earlier policy of reaching 100,00, it fell short of his previous pledge to reach 250,000 by 25 March.

Sir Keir Starmer criticised the governments claim that its policy had been an "apparent success" citing the 29,427 people in the UK who have confirmed to have died as a result of the pandemic.

“That's now the highest number in Europe. It's the second-highest in the world".

“That's not success or apparent success. So can the Prime Minister tell us how on Earth did it come to this?”, he said.

​Starmer also pointed out that despite Mr Hancock's claims to have reached his 100,000 pledge, that the number of daily tests had fallen every day since April.

The Prime Minister responded saying that "capacity" currently exceeds demand and that the government was working on it.

"But the ambition clearly is to get up to 200,000 a day by the end of this month and then to go even higher. A fantastic testing regime is going to be absolutely critical to our long term economic recovery", Johnson said.

A Downing Street spokesperson later clarified the PM's pledge saying that the government was looking towards "an operational target to have the capacity across all the different testing pillars to do 200,000 tests a day”, the Evening Standard reports.

The exchange comes as the PM makes his first appearance in the Commons since the birth of his son, his recovery from coronavirus, and his first PMQs since the ascension of Sir Keir to the position of Labour leader.

Boris Johnson Opens Up on His Struggle Against COVID-19, ‘Contingency Plans' in Case of His Death