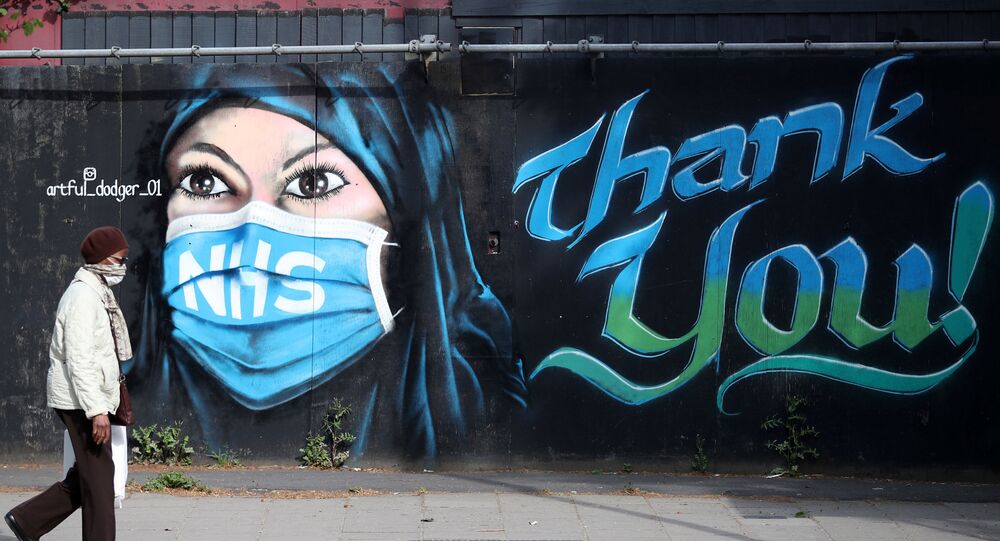 10 Downing Street has started devising schemes to ease coronavirus restrictions in order to slowly get the country back to work and avoid plunging the national economy into a full-fledged crisis. However, many believe that these efforts have been too swift.

Trade unions slammed “incomplete” back-to-work guidelines drafted by the UK government while reportedly threatening to stage mass walkouts if health safety demands are not fulfilled, according to the Daily Mail.

The Department for Business, Energy and Industrial Strategy (BEIS) has drafted a “road map” to safeguard the staffers returning to their work places after the coronavirus lockdown is over, which has been privately circulating throughout the weekend. The proposed measures are believed to include limiting the number of people in the offices, banning hot-desking (a practice when the office desks are allocated on rotating basis) and reducing access to communal facilities.

However, according to the acting general secretary of the GMB union, John Phillips, these guidelines have been made in a visible hurry without proper consultations being conducted with unions.

“We desperately need to get the economy going and nobody is keener than GMB to get people back to work - but this guidance was thrown together in a hurry and it shows”, the official said, as quoted by Politics Home.

“Giving unions and employers just 12 hours to respond is not good enough and means crucial changes will not be made. We cannot endorse crucial guidance if it is incomplete”, he added. “As it stands, there is nothing on PPE, nothing on enforcement to ensure workplaces are safe and nothing giving workers the assurances they need to get back to their jobs.”

“In its current form, this guidance does not adequately protect workers from Covid-19 exposure and as a result many may refuse to work to avoid putting themselves and their families at risk”, GMB’s head concluded.

This was also echoed by the generally secretary of TUC, Frances O’Grady, who said that “unless the Government significantly strengthens its plans, safe working will not be guaranteed. The current proposals fail to provide clear direction to those employers who want to act responsibly.”

The new Labour head Keir Starmer said during a Good Morning Britain interview on Tuesday that British people were “worried” about the end of lockdown and going back to work while seeking a “high level of reassurance” from the government. He also jabbed that the personal protective equipment was not simply as “luxury item” that would be “nice” to have.

“The point that trade unions have raised is safety at work and there was a consultation document the government put out last weekend which was pretty vague, and it needs strengthening”, Starmer argued.

“I think people will want to know if I'm going back to work, is it a safe environment, what's being done about social distancing, what are the hand-washing facilities, and if I need protective equipment am I going to get it?,” the Labour leader added.

With 191,832 coronavirus cases registered in the UK and third-highest death-toll from the virus in the world as on 5 May, the government was slowly planning to return the nation back to work in a bid to avoid drastic economic shocks. It is believed that the guidelines proposed by BEIS set to contain the virus’s spread while some industries are bound to re-open could stay in place for up to 12 months.