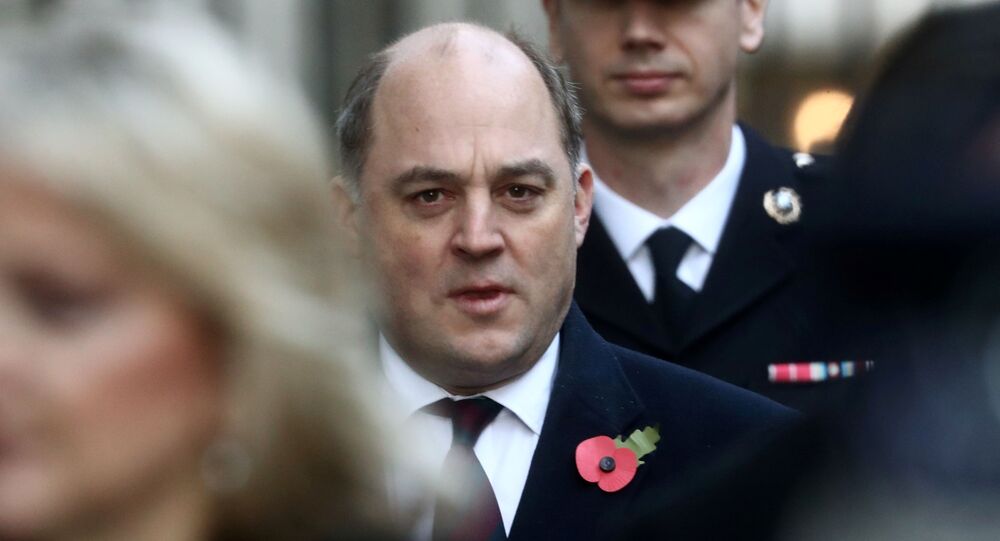 Earlier, UK Prime Minister Boris Johnson shared his frustration while fighting COVID-19, admitting he had refused to give in and focused on his future son to gain strength for the struggle to recover from the respiratory disease.

British Defence Secretary Ben Wallace opened up on his personal fight with COVID-19 on Monday, when asked to share his experience dealing with the novel respiratory disease.

"Bloody awful if you want the honest truth… It wasn't severe but it mentally taps your will because it comes and goes, it ebbs and flows," Wallace was quoted as saying by Sky News.

The Minister, who was infected with the virus at the end of March, continued:

"I sat on my own in my flat in London for 8 days and I lost taste and smell, and it's a sort of energy-sapping thing that reduces your will. But it then disappeared and I took some more precautions but in the end I went back to work."

China ‘Needs to be Open’

Acknowledging that China had become more assertive over the past few years, and there are certain questions that China should answer regarding the information it shared about COVID-19, Britain's defence minister told LBC radio on Monday that currently there were more outstanding issues to be dealt with at home.

"The time for the post mortem on this is after we've all got it under control and have come through it and our economies are back to normal… China needs to be open and transparent about what it lent, its shortcomings but also its successes," he said.

When asked about Prime Minister Boris Johnson, who has returned to work after recovering from COVID-19, Wallace said:

“He is as punchy as ever…He will deliver Britain out of this virus”.

Earlier, UK Prime Minister Boris Johnson opened up on his personal fight with the coronavirus, saying that thoughts of never seeing his son, who was just about to be born, fueled his strength to fight COVID-19.

He also said that he refused to think negatively and tried to focus on his happy future with the coming baby and the rest of the family.

Johnson had been placed in intensive care with persistent coronavirus symptoms in early April after officially confirming he had tested positive for the disease.

His fiancée, Carrie Symonds, had also experienced symptoms of COVID-19.

The UK government has not yet unveiled a plan for lifting the lockdown restrictions initially set in place on 23 March and then extended on 16 April in an effort to slow the spread of the disease.

On Thursday, Boris Johnson is expected to announce a review of the measures, although no immediate significant changes are anticipated.

Currently, there are 182,264 registered cases of the virus in the country, according to the WHO coronavirus situation report dated 3 May. Johns Hopkins University gives the current total number of registered COVI-19 cases in the country at around 187 842.

On Monday, the Chancellor of the Duchy of Lancaster Michael Gove said the country’s coronavirus death toll had risen to 28,446.

Speaking during a daily press conference, he added that there had been more than 1,206,405 coronavirus tests carried out in the UK as of 9am on 3 May, including 76,496 in the previous 24 hours.