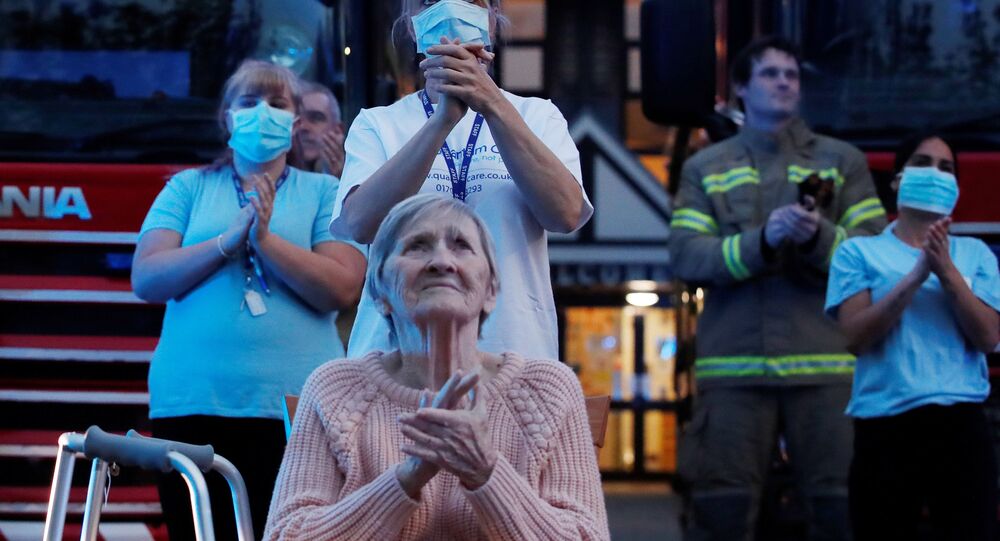 Nearly Half of UK Doctors Purchase Their Own PPE Or Rely on Donations, BMA Study Finds

As the United Kingdoms mobilises the resources of the National Health Service (NHS) to combat the coronavirus, alleged shortages of the necessary protective equipment for frontline staff have put pressure on the government.

Up to half of doctors in England are purchasing their own personal protective equipment (PPE) or relying on donations, a survey published by the British Medical Association (BMA) on Sunday revealed.

The study which surveyed 16,000 doctors discovered that 65% feel they are only partly or not at all protected while at work tackling the coronavirus pandemic.

48% of doctors reported that the had bought PPE directly for themselves, their department, or relied on donations from a charity or local firm to supply the material.

GPs are disproportionately affected by the alleged shortages with 55% of family doctors saying that they had to source their own equipment, compared with 38% of hospital doctors

Almost a third of doctors said that they had not spoken out about the PPE situation, staff shortages, testing, or shortages of drugs because they did not believe any action would be taken, according to the survey.

"At the moment we're at the mercy of donations or purchasing them," Dr Chaand Nagpaul, chairman of the BMA council, said while speaking to BBC Breakfast."That doesn't give you security and it hasn't met the government's own commitment and promise that it will be protecting its workforce".

He claimed the survey showed that while the number of supplies was improving, staff are still not in a situation where they are confident they are sufficiently protected from the virus.

The government said on 23 March that it is "working around the clock to ensure PPE is delivered" to healthcare staff and confirmed that more than a billion items had been supplied since the crisis began.

In early April it was claimed that frontline medical staff had been forced to use bin bags in place of protective gear due to lack of equipment, as workers pleaded for extra PPE supplies.