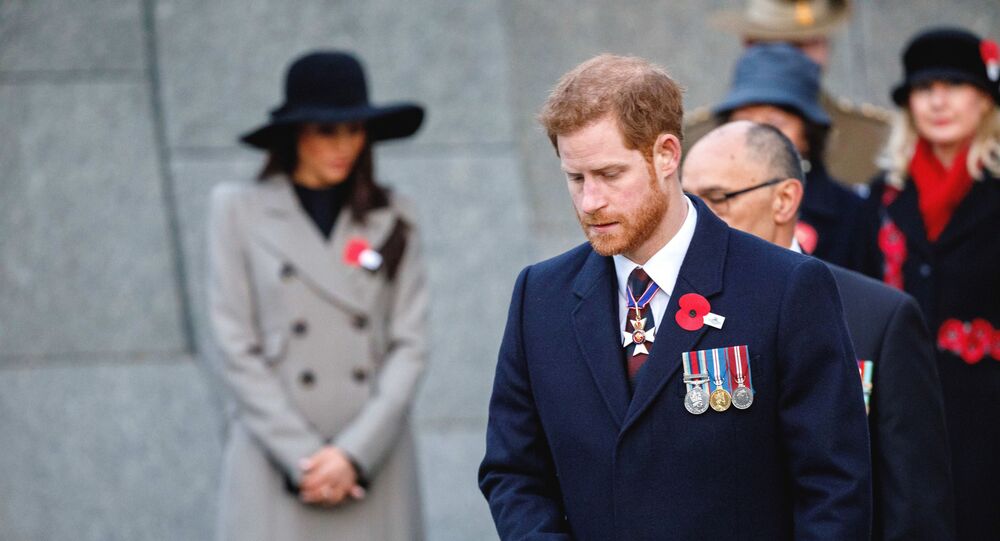 Former senior royal Prince Harry served with the British Armed Forces for 10 years in a number of high-profile roles, including Captain General Royal Marines. However, following his move to North America this year to live a “financially independent” life, Elizabeth II’s grandson had to relinquish all his military titles.

Prince Harry misses being a part of military forces and still can’t believe that his whole life has so dramatically changed following his announcement in January that he would step down as a “senior” member of the Royal Family, a source close to the Duke of Sussex told the Telegraph. Following the royal split in the end of March, Prince Harry was stripped of his military appointments and roles. These included Captain General Royal Marines; Honorary Air Commandant of RAF Honington; and Commodore-in-Chief, Small Ships and Diving, Royal Naval Command.

“Harry has told friends he is really missing the Army as well his military appointments. He misses the camaraderie of being in the forces. He has been telling friends that he still can't believe this has happened,” a source familiar with the matter told the outlet.

© AP Photo / John Stillwell
FILE - In this Nov. 3 2012 file photo, Britain's Prince Harry or just plain Captain Wales as he is known in the British Army, races out from the VHR (very high ready-ness) tent to scramble his Apache with fellow Pilots, during his 12 hour shift at the British controlled flight-line in Camp Bastion southern Afghanistan

“He can't believe his life has been turned upside down. He was in a happy place when he was serving in the Army, then he met Meghan and since then life has been great. But I don’t think he foresaw things turning out quite as they did,” the person close to the Duke added.

According to the insider’s information, Prince Harry, who was appointed Captain General of the Royal Marines in 2017, now has a feeling that “he might have been better protected” if he was still with military forces.

However, the source stressed that the Duke did not “blame” his wife for what has happened.

Prince Harry served with the British Armed Forces for ten years, during which he took part in two military campaigns in Afghanistan. The Duke left the forces in 2015, but still was able to retain his titles until to the point when he stepped back from his royal duties this year and was forced to relinquish all his roles, as well as the 'His Royal Highness' title.

© CC BY 2.0 / EJ Hersom / Prince Harry speaks during the opening ceremonies of the 2017 Invictus Games
Prince Harry is Set to Become 'Surfer Dude' in California, Spend Money on 'Best Training' – Report
The prince has still been able to keep ‘the rank of Major’ and wear all his medals in agreement with the Queen, however, this whole situation has reportedly left him devasted.

The Duke and Duchess of Sussex have recently moved to California via Canada where they are spending their lockdown in Meghan Markle’s native Los Angeles. Conflicting reports have recently emerged that the couple, who announced this January that they would step down as “senior” royals to life “financially independent” life, might soon end up “regretting” their life choice as it’s unclear at the moment how their careers would unfold.