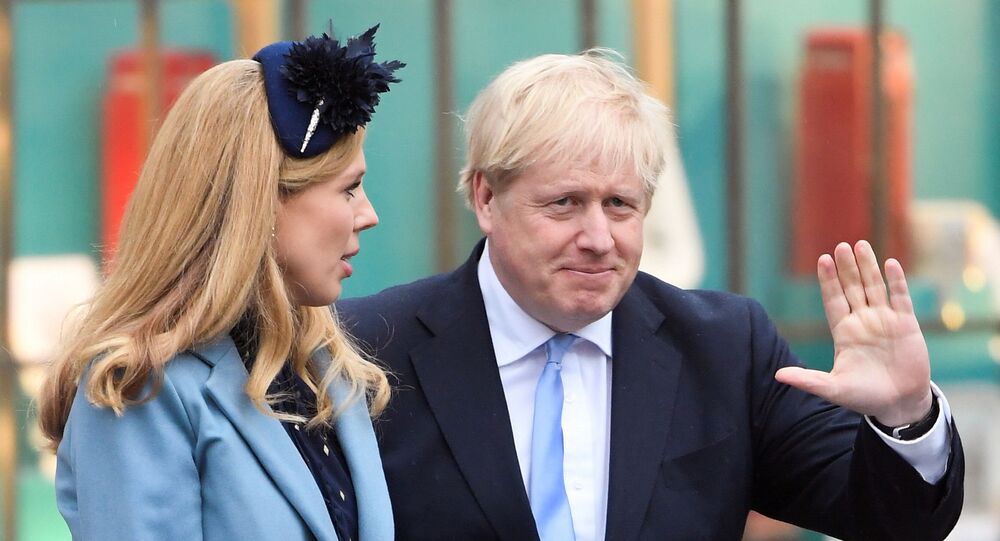 The last prime minister to have a baby while in office was David Cameron in 2010 and before him Tony Blair in 1999. Boris Johnson and his partner conceived in the autumn of 2019.

British Prime Minister Boris Johnson has become a father at the age of 55 after his partner gave birth at a London hospital.

His partner Carrie Symonds, 32, gave birth to a boy on Wednesday, 29 April and a spokesman for the couple said: "The Prime Minister and Ms Symonds are thrilled to announce the birth of a healthy baby boy at a London hospital earlier this morning. Both mother and baby are doing very well. The PM and Ms Symonds would like to thank the fantastic NHS maternity team."

​The couple, who have been living together at 10 Downing Street since Johnson became prime minister in July 2019, got engaged earlier this year.

Last month Mr Johnson spent several weeks in hospital with the coronavirus, including a spell in the intenstive care unit, and his fiance was self-isolating at her flat in Camberwell, south London.​

OK, I'm very happy for Boris & Carrie, but can we please all urgently re-focus on the 10s of 1000s of people who've died & are dying in Britain from #coronavirus - this is the big story, not a baby being born.

​Since his release from hospital the couple have been together at the PM's country home of Chequers in Buckinghamshire.

PM won't take paternity leave at the moment, he's back in Number 10

​Mr Johnson - who only returned to work on Monday, 27 April - missed Prime Minister's Question Time on Wednesday, with Foreign Secretary Dominic Raab taking his place at the despatch box.

I think the birth of a child is a decent enough reason to miss PMQs. Congratulations @BorisJohnson & @carriesymonds.

​Mr Johnson has been married twice before and has five other children - four with his second wife Marina and one who was conceived out of wedlock.

Congratulations to Boris Johnson on the birth of his 187th child.

​The Leader of the opposition Labour Party, Sir Keir Starmer, was among the first to congratulate the prime minister on Twitter.

Christ, what a month for Johnson and Symonds. From being touch and go as to whether you'll live or not, to having a child.

​It is not clear when Mr Johnson will take paternity leave but he has already returned to Downing Street to run the government during the coronavirus crisis.​

​Under UK law new fathers are allowed to take either one or two weeks off work, fully paid.

Tweet from Labour MP @ruthcadbury congratulating the PM on the birth. The first draft was a bit different... (now deleted) https://t.co/DfLMib8pH7 pic.twitter.com/45Vc9j7ISR

The last baby born to a prime minister was David and Samantha Cameron's daughter Florence, who was born in August 2010.

Tony and Cherie Blair had a son, Leo, in 2006 and that was the first child born in Downing Street since Frances, the wife of John Russell, a Liberal PM, gave birth to two children in 1848 and 1849.

Anyway, congratulations to the PM on new arrival

She started working in public relations in 2010 and was Director of Communications for the Conservatives - where she met Mr Johnson - until she left in 2018 to join Bloomberg.

What should Boris call his latest crotch dropping to most annoy the Left?

​The Spectator magazine - which Mr Johnson used to edit - described her as "what it means to be a millennial conservative."