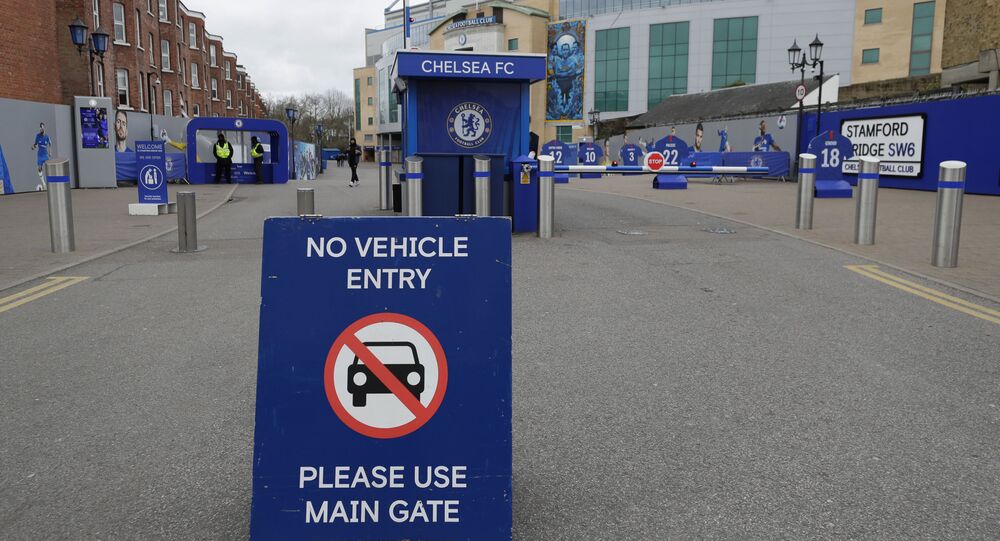 The United Kingdom was forced to suspend or cancel mass sporting events and tournaments as the coronavirus pandemic rapidly spread throughout the country. But talks with professional leagues indicate that the government may be seeking to bring back entertainment venues within weeks.

The British government and major sporting associations will be holding talks next week to discuss arrangements for the return of large sporting events amid the coronavirus, AFP reported on Sunday

Culture Secretary Oliver Dowden told MPs this weekend that he had been involved in "productive talks" with organising bodies from across British sport on resuming games post-lockdown.

England and Wales Cricket Board chief executive Tom Harrison confirmed that Dowden's department had requested that it lead a cross-sport group which would include football, horse racing, rugby, and tennis.

The English Football League said in a statement on Saturday that it "welcomes the current steps being taken" by the government and that the events will only resume with close collaboration to ensure public safety.

The organisation, which is responsible for the Championship, League One and League Two, said that "suitable testing arrangements" must be arranged before tournaments can return.

"The position of the EFL remains unchanged in that the priority is to resume the 2019-20 season as soon as it is possible with matches only returning at an appropriate point and based on guidance from the relevant authorities", the statement read.

Some sports could resume before others, however and will be determined on a case-by-case basis. Any return of live events would also have to be subject to government regulations on hygiene, virus testing, and social distancing measures.

This will likely see a limiting on the number of people venues can host as well as how close together they can be while spectating.

According to the BBC, the upcoming meeting, which will the be first regular arrangement was an indication that the government is "quickening" the pace of exiting full-scale lockdown and that sport could resume "within weeks".

The meetings are "preparatory" and are designed to organise any further delay to events being resumed once the green-light is given, as opposed to any immediate signals of a return to normal.

However, the government does recognise the potential boost to national morale that would come with a reopening of much-loved events after months in lockdown

Both of England's football season's - Premier League and Football League - have been suspended in order to help stem the spread of the coronavirus.

Scotland has already ended its lower league seasons but the English rugby union Premiership hopes to resume by July.

The beginning of the cricket season in England and Wales has been delayed until June, and the London marathon has been pushed back to October.

Among the sporting events cancelled entirely are the 2020 British Open golf and Wimbledon tennis championships, as have the first nine races of the Formula One season.

The British government has yet to announce details of its exit strategy and First Minister Dominic Raab, who is standing in for Prime Minister Boris Johnson as he recovers from Covid-19, described calls to share its private discussions as "irresponsible".

Suspensions on an international level have also been announced for the Tokyo Olympics with the European football championships pushed back until 2021.

‘She’s Given This Away’: UK Sports Commentator Narrates Doggy Playtime