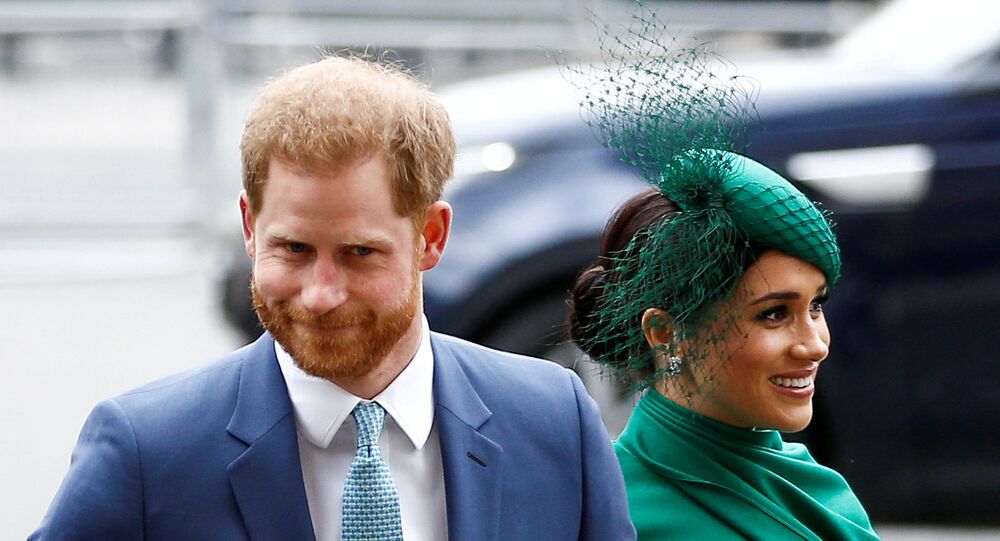 Earlier, Meghan Markle reportedly hinted at having another baby after saying she wanted a "pint-sized buddy" for her son Archie, after the family relocated last month to Los Angeles from Canada to be near Meghan's mother Doria amid the coronavirus crisis.

It's been predicted that Meghan Markle and Prince Harry are likely to have a new baby “very soon” in the US, according to a royal expert quoted by the Daily Star.

The Duke of Sussex reportedly would prefer his firstborn, who turns one on 6 May, to have a sibling with an age gap similar to the one he himself has with his brother Prince William.

“I think we’ll see another royal baby very soon… I know that Harry loved growing up with his brother very close in age. And I think he wants the same (for Archie),” said etiquette trainer and royal fan Myka Meier, appearing on the Royally Obsessed podcast.

Prince William, 37, is just two years older than his younger brother Harry. Accordingly, if the couple want their son Archie to have a sibling with a close age, a new baby might soon be expected.

"I think it will be an American-born baby, which will be very different. This baby could technically become president one day,” Myka is quoted as saying.

Earlier, a friend of Meghan Markle was cited by the Daily Mail as hinting that the Duchess of Sussex had not given up the idea of having another baby.

“She joked that he needs a pint-size little buddy other than the dogs,” the source had reportedly said.

Meghan Markle and Prince Harry officially stepped away from royal duties on 31 March, to no longer use their HRH titles, work to become financially independent and split their time between the UK and North America. Immediately, a flurry of bets were placed on them to announce their second child in 2020.

© AP Photo / Kirsty Wigglesworth
In this Thursday, March 5, 2020 file photo, Britain's Prince Harry and Meghan, the Duke and Duchess of Sussex arrive at the annual Endeavour Fund Awards in London. Prince Harry and his wife Meghan are ending their lives as senior members of Britain’s royal family and starting an uncertain new chapter as international celebrities and charity patrons. In January the couple shocked Britain by announcing that they would step down from official duties, give up public funding, seek financial independence and swap the U.K. for North America.

UK’s Ladbrokes, a betting and gambling company, announced that there were 4/6 odds of the couple announcing a pregnancy in 2020, while Coral bookmaker put the odds at 1/3.

The odds had earlier been slashed after it emerged Meghan Markle, who has already landed a narrating role in Disneynature documentary Elephants, and Prince Harry had moved to Los Angeles, Meghan Markle’s home city, in March, after a brief stint in Canada.

Earlier, Prince Harry revealed in an interview for Vogue Magazine in July 2019, guest edited by his spouse, that he wants two children “maximum”.

As he opened up on future generations, climate change and his love for nature, speaking with conservationist Jane Goodall, he had said he intended to have only two kids in a bid to help save the planet.

As they are gradually getting used to their new lifestyle, the Duke and Duchess of Sussex have been working on their new charity project – a non-profit counselling and wellbeing entity called Archewell, in a nod to their baby son Archie.

The couple were also seen dropping off food to critically ill residents amid the ongoing COVID-19 pandemic, with a friend quoted by the Daily Mail as suggesting the idea to volunteer with Project Angel Food had come from Meghan Markle’s mother Doria Ragland - a longtime supporter of the charity.

Earlier it was reported the couple scrapped their plans for a celebrity-filled even to mark their son Archie's first birthday on 6 May, due to the coronavirus lockdown having been extended.