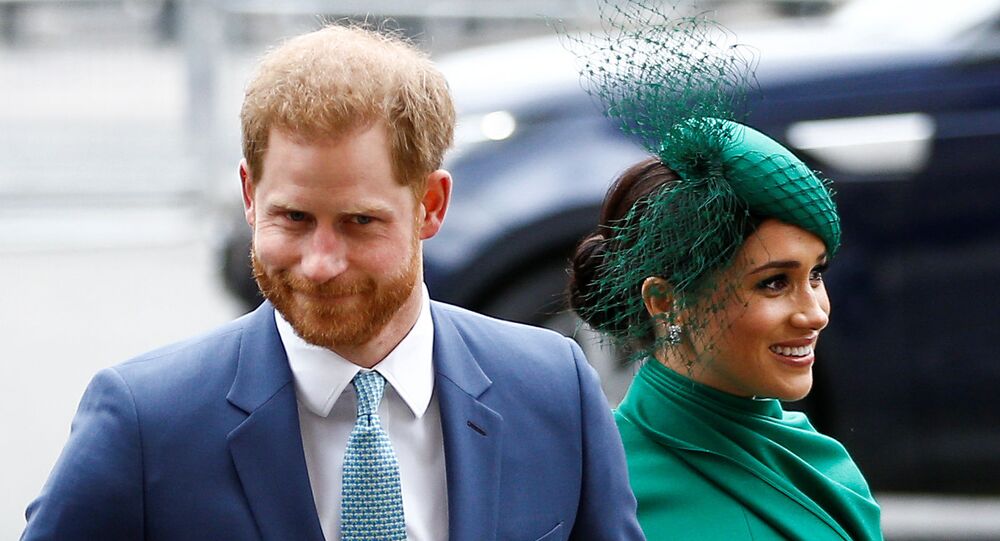 Lawyers for the Duchess of Sussex have embarked on the first step of their lawsuit against Associated Newspapers for alleged breach of privacy after the Mail on Sunday and Mail Online published excerpts from private correspondence between her and her estranged father, Thomas Markle.

Anthony White QC, counsel for the newspaper group, rejected claims by the Duchess's lawyer, David Sherborne, that in publishing edited excerpts the Mail on Sunday and Mail Online acted dishonestly or with "malice".

BREAKING: Antony White QC for the Mail on Sunday is citing complex case law and precedents to support his case that nine articles pleaded by the Duchess as being part of a course of aggravating conduct toward her should be struck out from her claim#harryandmeghan #meghanVSmail

​Mr Sherborne say the Mail had an "obvious agenda of publishing intrusive or offensive stories about the claimant intended to portray her in a false and damaging light."

He said the Mail edited the letter in a misleading way, omitting words and even "whole sentences", in the version they published, which he said were signs of "bad faith".

Because of the coronavirus pandemic the hearing on Friday, 24 April, is taking place remotely with only the judge, Mr Justice Warby, at the High Court in London.

It is a pre-hearing ahead of the full case later in the year.

White QC for the Mail starts with the allegations of dishonesty and malicious intent. Neither is a relevant element in a claim for misuse of private information, he says, citing the Naomi Campbell case on privacy.

​​The Duchess, who was born Meghan Markle and made her name as an actress in her native United States, was outraged when the Mail on Sunday published five articles by Caroline Graham on 10 February 2019.

One article ran under the headline: "Revealed, the letter showing true tragedy of Meghan’s rift with a father she says has 'broken her heart into a million pieces'."

Another article on pages six and seven of the paper carried the headline: "Meghan: Stop painful attacks on Harry; Her dad: I like him…. I’ll always love you.”

Memo to all newspaper journalists 'banned' from engaging with the Duke & Duchess of Sussex: just phone Harry & pretend to be Greta Thunberg.

​The Mail Online claimed the letters "revealed she is a 'narcissistic showman whose self-control is wavering'."

On Friday Associated Newspapers' lawyer, Anthony White QC, asked the judge to dismiss two aspects of the Duchess's claim - that the newspaper had acted with "dishonesty" and "malice" and that the articles were "generally unfavourable to the defendant as one of those tabloid newspapers which had been deliberately seeking to dig or stir up issues between her and her father."

The time is right! The Mail on Sunday is down 9000 print copies in three weeks, and is a failure in the Corona crisis. Meghan is suing also for those without resources to sue and all of us. Go Meghan!#GoodLuckMeghan #TeamMeghanhttps://t.co/mSLYgPzxdu - via:@pressgazette

In his skeleton argument, Mr Sherborne said: "Whilst the defendant seeks to strike out the allegation…that it edited the letter in a dishonest manner, it does not object, however, to the allegation that it did so in 'a highly misleading' manner…or that it 'deliberately sought to mislead the public by selectively editing the contents of the letter so as to suppress or omits parts of it'."​

He told the hearing the Mail had "misled" the public and was disingenuous when it claimed it published excerpts from the letter in the interests of "truth, fairness and Mr Markle's reputation."

Mr Sherborne said the Mail had "harassed and humiliated" Mr Markle, who is 75, and "exposed him as a royal scammer" and then used "this vulnerable man" to access the letter.

He said Mr Markle himself described 85 percent of a Mail article by Peter Sheridan - which was based on a nine-hour interview with him - as "lies and bulls***."

Mr Sherborne pointed out the Mail themselves, on August 2018 had "boasted" about how they had "led the way in telling the world about the remarkable drama surrounding the Markles."

Meghan Markle married Prince Harry in May 2018 and the couple had a son, Archie, last year but they have consistently complained about British tabloid media intrusion into their private lives and decided recently to move to the US and waive their royal duties.

As part of the lawsuit she has launched against Associated Newspapers, the Duchess is demanding the return of all copies of the letter she wrote to her father.

Earlier this week text messages between the Duke and Duchess of Sussex and Mr Markle were made public by her legal team.

Whoever is advising the Duke and Duchess of Sussex should be aware that the UK is facing a devastating daily death toll and 6.5million unemployed due to the lockdown. We don’t give a ***k about which newspapers are and aren’t allowed to pay homage to them.

​Mr Markle, who lives in Mexico, was expecting to give away his daughter at her wedding in Windsor Castle but when the Mail on Sunday revealed he had been in cahoots with paparazzi in the run-up to the nuptials the couple tried to contact him.

In one text message Prince Harry wrote to Mr Markle: "U do not need to apologize, we understand the circumstances but 'going public' will only make the situation worse. If u love Meg and want to make it right please call me as there are two other options which don't involve u having to speak to the media, who incidentally created this whole situation."

During Friday's hearing Mr Sherborne highlighted nine other articles which had been published by the Mail between 2016 and 2019 which he claimed were "false".

They included an article headlined: "Kitchen supported by Meghan's cookbook is housed inside mosque 'which has links to 19 terror suspects including Jihadi John'." and another called "How Meghan’s favourite avocado snack – beloved of all millennials – is fuelling human rights abuses, drought and murder."

Mr Sherborne said the "pattern" of the Mail's coverage of his client had been set in November 2016 when the Mail Online published an article entitled: "Harry’s girl is (almost) straight outta Compton: Gang-scarred home of her mother revealed - so will he be dropping by for tea."

He said the article was false as the Duchess did not grow up anywhere near Compton, in south Los Angeles, and the neighbourhood where she grew up was not "plagued by crime and riddled with street gangs."

In 2004 Campbell successfully sued the Mirror - then edited by Piers Morgan - after it published photographs of her leaving a drug rehabilitation centre in 2001.

A judge had also ordered Campbell £1,000 aggravated damages over a "highly offensive and hurtful" article which claimed she was "as effective as a chocolate soldier" when it came to being a privacy campaigner.

Rebutting Mr Sherborne's submissions, Mr White said there was no dishonesty on the part of the journalist, Caroline Graham - who is the Mail on Sunday's US editor, and there was no proof anyone else at the Mail had acted dishonestly.

Mr White also pointed out the article by Peter Sheridan which Mr Markle claimed was "lies and bulls***" was not one of the nine mentioned by Mr Sherborne and his byline was not on any of the articles which were listed by the Duchess.

Mr Justice Warby is due to reserve his judgement on Associated Newspapers' request to remove the two aspects of the Duchess's claims. He said he hoped to deliver his ruling within a week.

Later this year there will be a full hearing at which witnesses, including the Duchess and her father, are expected to give evidence before the court decides whether her privacy was invaded.