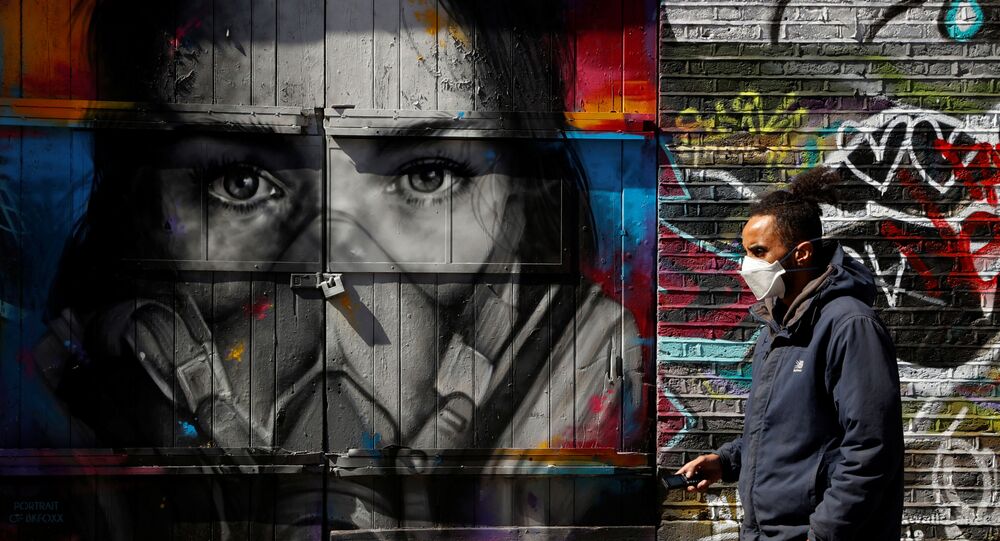 The coronavirus outbreak has resulted in an unprecedented economic slowdown. The World Health Organisation has predicted the worst downturn since the Great Depression, with the global economy expected to contract by three percent this year.

Health experts in the United Kingdom claim that the country has passed the peak of the virus, with some suggesting that the draconian measures aimed at curbing the spread of the disease are no longer necessary. This prompted a fierce debate among British officials on when the lockdown restrictions ought to be lifted in order for businesses to reopen, with one side suggesting that the focus should be on the economy, while the other side contends that the government should prioritise health.

Britain’s slow response to the coronavirus did more damage to the country’s economy, said Dr Roslyn Fuller, a Canadian-Irish author, columnist, and director of the Dublin-based non-profit think tank the Solonian Democracy Institute.

"Like many Western countries, the UK procrastinated lockdown and other safety measures during the initial spread of the virus and ironically, this has probably caused more economic damage than a short, sharp lockdown and better quarantining measures in the beginning would have".

Mark Garnett, a politics professor at Lancaster University and author of the book "From Anger to Apathy: The British Experience", said that the UK’s uncertain response to the pandemic can be attributed to the conflicting opinions of health experts that the government relied on.

"From the beginning, [Prime Minister Boris] Johnson decided that he should listen to non-political experts rather than his own judgement. The problem is that the 'experts' had conflicting opinions, and this has been reflected in an uncertain government response. From the start, some people were advising Johnson that a tough response to the outbreak would cause more damage than the virus itself. By the time that he himself became ill, Johnson had already decided that the main priority should be to prevent the National Health Service from collapsing under the demand for treatment".

Mark Garnett notes that the division within UK authorities on when to end the nationwide lockdown is dangerous and says that people focusing on the economy have gained the upper hand in the government. He stressed that there should be clear evidence that the United Kingdom has passed the peak of the virus "so that a compromise can be reached on a plan and a timetable for lifting restrictions".

"Clearly their tactic is to discredit Health Secretary Matt Hancock, who supports the [Prime Minister] Johnson position, and they are using their allies in the media to undermine him. If Johnson was restored to full health there would at least be someone who could tell the rival factions to keep quiet. As it is, it seems that the 'hawks' have the upper hand within the cabinet but not in the country as a whole. The position of Johnson's special adviser Dominic Cummings is particularly important, since there is reason to believe that he favours the hawks".

Dr Roslyn Fuller says South Korea’s and Austria’s experience shows that it is possible to lift restrictions and ramp up economic activity with "rigorous testing" and social distancing, but warns against doing so prematurely.

"The UK, despite everything, has a quite strong healthcare system, so it should be possible to follow the example of those countries eventually (and possibly learn from their mistakes), once the daily active case numbers go into decline. Boris is right, however, that the UK isn't there yet, and allowing a second wave to develop through prematurely re-opening the economy would be extremely politically damaging to him".

Dr Fuller said that the coronavirus pandemic had reignited the debate on automation, which has contributed to unemployment, and noted that the real question in the long run will be who will carry the burden of the economic slowdown caused by the coronavirus.

"In the long run, the real question is who will carry the burden of the economic impact? Will voters put up with paying high taxes if the wealthy do not chip in a proportionate share? This is the interesting question, and ideas that have floated around like a wealth tax and basic social income have certainly gained even more relevance. In addition, the pandemic has certainly given a boost to digitalisation and automation, meaning these factors, which tend to lead to unemployment in the short-term may, also be exacerbated in any recovery".