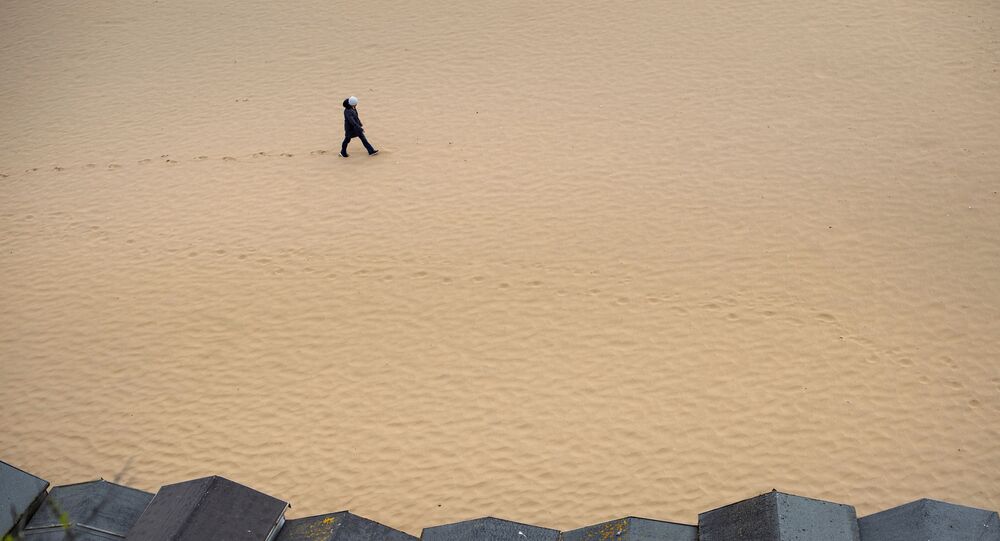 The United Kingdom is facing a potentially dire economic crash due to the continued national lockdown, implemented to enforce social distancing amid the coronavirus crisis. Unemployment figures could be facing up to a 70% rise in certain sectors.

Unemployment figures could rise by 6.5 million due to the economic crash resulting from the UK’s coronavirus lockdown measures, a new study has revealed on Saturday.

In the research, released by the University of Essex's Institute for Social and Economic Research (ISER), leading professors outline the impact on jobs on a sector-by-sector basis, concluding that the UK could see job losses equalling roughly a quarter of total jobs, with some sectors expected to suffer more than a 50% headcount decline.

Professor Matteo Richiardi, who led the study, cautioned that jobs could be lost permanently depending on the duration of the lockdown.

“If this is short, say a few months, the links between employers and employees of affected industries might not be severed, and individual careers might not suffer too much”, he told The Observer.

“Under a longer lockdown, losses of human capital and scarring effects will occur. The economy will still bounce back, but at a higher cost for individuals."

He added that the analysis confirms concerns that the lockdown is economically unsustainable if it continues, increasing the burden on governments to find a solution and end the quarantine.

“This is why we need to make the most out of the extra time the lockdown is buying us, and increase our capacity to trace and isolate new cases, especially asymptomatic cases, so that the economy can be restarted before a vaccine is ready”, he said.

The professor called for the lockdown to end in phases by sectors and regions, rather than a total and immediate conclusion.

He noted that countries that took action to lock down earlier, such as China, have managed to evade much of the economic impact, while countries that have prioritised economic health, like the US, have not been “performing very well in the crisis”.

Accommodation and food services are predicted to be most affected, seeing a loss of 1.3 million jobs or a 75% decline. Some sectors, titled “other services”, could see a 50% loss and “wholesale, retail and repair of motor vehicles” are set to drop by 47.6 per cent.

44% of those in the transport and storage sector - about 700,000 positions - could be lost and 26.5% of “administrative and support service” jobs are expected to be axed, the study highlights.

"Estimates produced by the Institute for Social and Economic Research (ISER) at the University of Essex (@iseressex) suggest the lockdown can take more than 6.5m jobs out of the economy -around a quarter of the total."https://t.co/eXMwMPpSnz pic.twitter.com/R9eYGBGR0u

The research follows a report by the Office for Budget Responsibility (OBR) on Tuesday, which warned that the UK economy could drop 35% as early as spring 2020 and that the continued lockdown policy could see 2 million become unemployed.

Economic forecasts by the International Monetary Fund (IMF) have indicated that the United States is facing its greatest crash since the Great Depression, and Duke University experts have predicted a 30% national unemployment rate, higher than the peak of the Great Wall Street Crash in 1929.