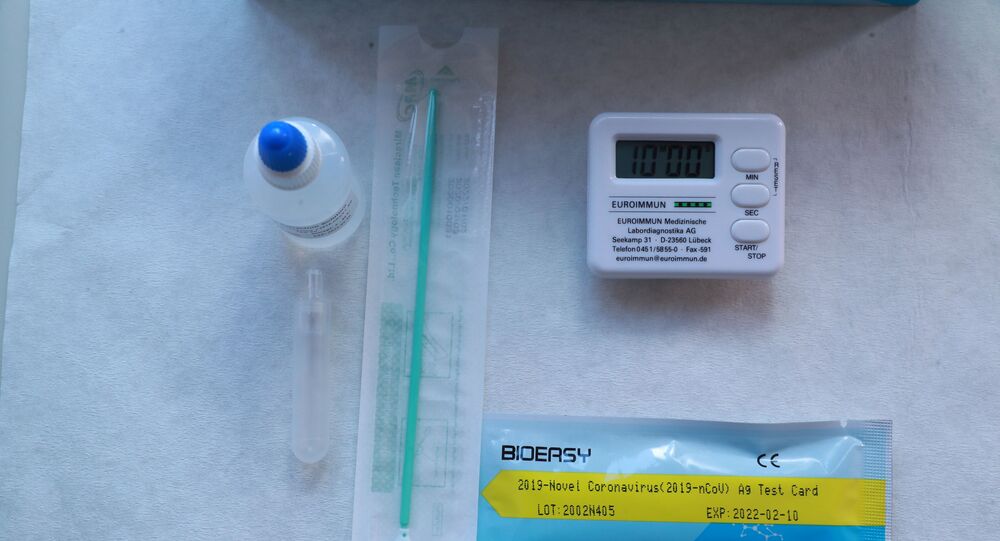 The United Kingdom's decision to purchase millions of pounds worth of coronavirus antibody testing kits has come under fire as the government acknowledges that the products do not work for their intended purpose and will be seeking a refund from the international suppliers.

The British government will be looking to recover taxpayer funds spent on an order of faulty antibody testing kits, a spokesman for Boris Johnson said on Friday.

“Where tests are shown not have any prospect of working, then we will seek to recover as much of the costs that we can", said James Slack, while speaking to reporters.

Slack, however, said that he did not recognise a New York Times figure from the beginning of April that claimed a total of £16 million ($20 million) was paid to two Chinese companies prior to discovering that the products received were unusable.

After a laboratory test by Oxford University confirmed that the tests for detecting coronavirus antibodies are inaccurate, half a million purchased kits and a further 1.5 million from other sources have been left unused.

Professor Sir John Bell, from the University of Oxford said that none of the tests observed would meet the criteria for a "good test".

Sir John stressed that widespread testing is essential to combatting the pandemic but home testing kits, designed to detect antibodies which shows the past presence of the disease, come with a range of problems

"There are 100 or more such tests kits from different suppliers available for identifying Covid-19 antibodies, and it is important that each of these is checked for accuracy before making them available to the public", the professor said.

The effectiveness of pin-prick antibody tests has been highly questionable for a long time compared to laboratory testing and it has not yet been determined the degree to which immunity can arise from a past infection.

A World Health Organisation (WHO) statement released on 8 April warned that rapid antibody tests “have limited utility” for patients, informing medical staff they should not be used for clinical purposes until evidence that they are effective comes about.

Despite the warning, British officials agreed to the purchase of 3.5 million antibody detectors before promising the public that kits would be available at pharmacies as early as two weeks and even suggested that they could be available for order on Amazon.

Prime Minister Boris Johnson described the administration of the kits to be "as simple as a pregnancy test” and had the potential to be a "total game-changer".

​A Panic Purchase Under Pressure

The idea behind the purchase was to give public health officials the ability to trace where the disease has spread and who might be immune already.

The UK came late to the testing game, however. Initially, the go government ignored WHO advice while the pandemic crippled countries in Europe and Asia and pursued a controversial policy of "herd immunity".

The policy aimed to safeguard the population by permitting the majority of those living in Britain to catch the virus, which would require 47 million to become sick and leave almost a million dead, according to one analysis.

​When Britain got around to purchasing testing resources, kits had become high in demand globally, leading to a rise in the number of competitors including from the United States, which were pressuring domestic producers not to sell equipment abroad.

Due to high levels of demand, medical suppliers in China demanded immediate responses from potential buyers with full payment upfront within 24 hours.

Following complaints, one of the Chinese suppliers - Wondfo Biotech - in an interview with Global Times, said that they had informed British officials that their product is intended to be conducted on patients who have also been tested positive for the virus.

The news comes as the UK struggles to combat the growing coronavirus pandemic, even compared to continental standards.

According to the Department for Health and Social Care (DHSC) on Thursday, the UK's supply of critical relaxant medicines for patients on mechanical ventilators will be exhausted within days.

A shortage of essential medical equipment such as Personal Protective Equipment and ventilators has been reported across the UK, as the government continues to face criticism over an alleged lack of preparation.