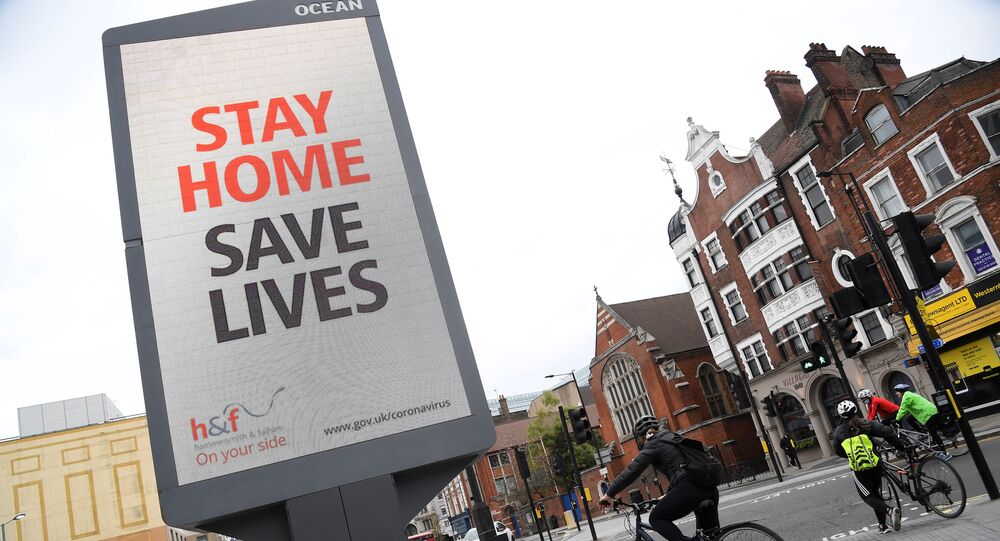 The news comes as people across the globe are adjusting to dramatic shifts in daily personal and work routines as lockdown procedures have forced people to work remotely and stay at home amid the pandemic.

Just nine percent of UK residents want to return to life routines before the COVID-19 pandemic after the nationwide lockdown, a new poll revealed on Friday.

The ''Finding the Road To Renewal' survey, jointly commissioned by the RSA Food, Farming and Countryside Commission (FFCC) and Food Foundation charity, revealed massive support for a shift in societal changes.

According to 4,343 adult responders, 51 percent said they found improved air quality and 27 percent stated they had seen more wildlife after the UK lockdown.

Roughly 42 percent revealed a stronger appreciation for food, including one in ten having shared meals with neighbours for the first time.

Nine percent claimed they were more physically fit, with 27 percent exercising more, but over 36 percent were exercising less, according to the survey.

“This data shows there is a real appetite for change, and for the nation to learn from this crisis," Royal Agricultural University and commission researcher, professor Tom MacMillan, said.

He added: "People are trying new things and noticing differences, at home, in their work and in communities. This is really apparent when it comes to food, farming and the countryside, the issues the Commission is focused on, but clear in other areas too".

Alongside emergency responses, it was "important" to monitor changes "in what we're doing and our collective mood, to help shape the kind of country we want to be, including the way want to feed ourselves" after recovering from the pandemic", he concluded.

The findings come after a survey showing that around 1.5m UK residents suffered from food shortages amid the outbreak, citing diminished funds and lack of access to items in shops, resulting in higher foodbank access.

Anna Taylor, Food Foundation executive director, said that the poll revealed the "appetite for social change highlighted an alarming and worsening food insecurity crisis", adding that the figures created an "imperative for reshaping the food system" after COVID-19, namely to deliver healthy diets to all in Britain regardless of income.

The news follows statements from the European Public Health Alliance, who stated in March that air quality had improved dramatically across Italy, but slammed governments for failing to tackle pollution before the pandemic erupted and urged policymakers to speed up measures to ban vehicles with high emissions.