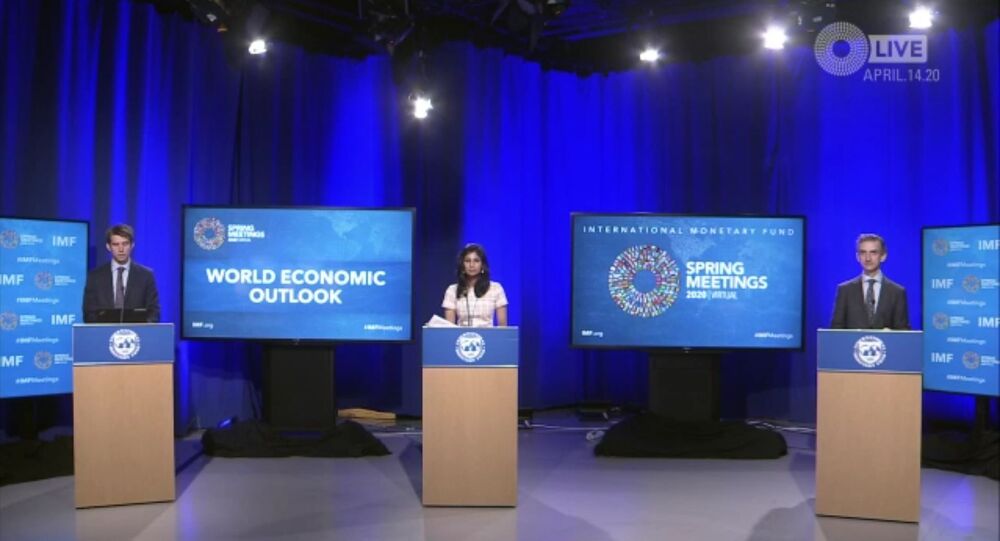 Chief economists at the International Monetary Fund say that the world is experiencing the worst global recession since the early 1900s as the protective measures being implemented to stem the spread of the novel coronavirus impact economies worldwide.

The UK economy and those in the Eurozone are expected to contract massively this year as a result of the measures being taken to tackle the COVID-19 pandemic, according to the International Monetary Fund (IMF). Britain is projected to experience a reduction in its Gross Domestic Product (GDP) of -6.5% this year. Other countries in Europe are projected to see similar contractions: Germany -7.0%, France -7.2%, Spain -8.0% and Italy -9.1%.

But, assuming that COVID-19 and the restrictive measures implemented to tackle it peak this year, all of these countries are expected to see their economies at least partially rebound by the end of 2021.

The IMF announced its latest projections on 14 April which see global growth falling to negative 3%, reflecting a downgrade by 6.3% compared to their outlook only a few months ago in January 2020. This would mean the planet is experiencing the "worst recession since the Great Depression" of the early 1900s, says Gita Gopinath, Chief Economist at the IMF.

The latest #WEO projects a sharp contraction for the global economy to -3% in 2020 and a partial rebound to 5.8% in 2021 provided economic activity normalizes. However, uncertainty is exceptionally high. See projections by region. #IMFBlog https://t.co/93xXDRsg3B pic.twitter.com/7Zag8ktkfv

​This is a "crises like no other" said Gopinath, who explained that many countries face multiple crises - health, financial, commodity - all of which "interact in complex ways". When it is all said and done they estimate there could be a cumulative loss of around $9 trillion between 2020 - 2021 as a result of the measures being implemented by states to tackle the virus and its consequences.

The cumulative loss to global GDP over 2020 and 2021 from the pandemic crisis could be around $9 trillion, greater than the economies of Japan and Germany combined. Read the #IMFBlog on the latest #WEO. https://t.co/5rJQbhTmkm pic.twitter.com/PT0ah9FJiE

The UK's Approach Was Applauded by IMF Chief Economist

Responding to a question during the press conference publicising their latest report Gopinath said that Britain has taken a "very aggressive" approach to the crises with "very carefully targeted measures". She said the Treasury and Bank of England have done “all the right things”, including offering considerable support to firms, households and the financial system.

Though not all policies which are officially announced by governments automatically translate into support on the ground.

A report released on 1 April by a UK-based network of accountants warned that one in five small and medium sized businesses (SMEs) face collapse in a matter of weeks. UK industry representatives were at the same time complaining that the process for SMEs to obtain financial support is overly complex, with the majority of applications either being refused or unanswered, a problem which the Treasury promised to address by simplifying the loan process for small firms. Furthermore, a key union representing self-employed and precarious workers also launched a lawsuit against the government claiming that its financial support measures ignore millions of non-secure and part-time workers throughout the Kingdom.

China and India Projected to Experience GDP Growth in 2020

China is projected to experience growth of 1.2%, now that the severe lockdown in the city of Wuhan, in Hubei province has been lifted and the epicentres of the outbreak have shifted to Europe and the United States. China and India, the latter of which is projected to see growth of 1.2% this year, are the only major economies projected by the IMF to maintain growth during 2020.

The IMF pointed out that much depends on whether the virus remains contained in the world's second largest economy and whether further Chinese authorities end up having to implement further lockdown or social distancing measures. The severity of the restrictions being implemented by states to slow the spread of the virus and reduce the pressure on their respective healthcare systems is the very reason why national and global GDP is contracting as much as it is.

There are a number of assumptions behind the "baseline" projections which see the current rates of contraction followed by a return to growth by 2021. Among the main assumptions are that, "the pandemic fades in the second half of 2020 and containment efforts can be gradually unwound".

Under such conditions the global economy is projected to grow by 5.8% in 2021 as "economic activity normalises" aided by key policy support such as continued fiscal stimulus to ensure businesses don't leave markets and households don't become bankrupt.

On Tuesday, April 14 at 8:30am EDT, we will release a new World Economic Outlook report with the latest growth forecasts for the global economy and for countries. Watch @GitaGopinath’s presentation. #WEO https://t.co/LbYTgocq6y

When asked by a Times reporter whether the IMF sees governments needing to increase taxes, in order to tackle the rising deficits resulting from all the spending countries are engaged in, the economists said that they expected the debt to GDP ratio to reduce over time as economies start to recover. Far from recommending austerity (sharp social spending cuts, cuts to welfare programmes, privatising public assets, imposing 'balanced budgets') which was heavily pushed following the 2008-9 financial crash, Gopinath said that the path forward should involve continued fiscal spending "as long as inflation rates remain below targets" and interest rates remain low. No explicit response was given in respect of whether they thought an increase in taxes would be merited.

During the live webcast the IMF economists repeatedly emphasised that the future is far from certain. "Economic forecasting is already a pretty tricky business in normal times", Gian Maria Milesi-Ferretti, Deputy Director of research at the IMF said, noting that there is "extreme uncertainty" during what are "unprecedented" times for the global economy.

Trump's Eager to Open Economy; Experts Aren't! Biden May Have an Answer