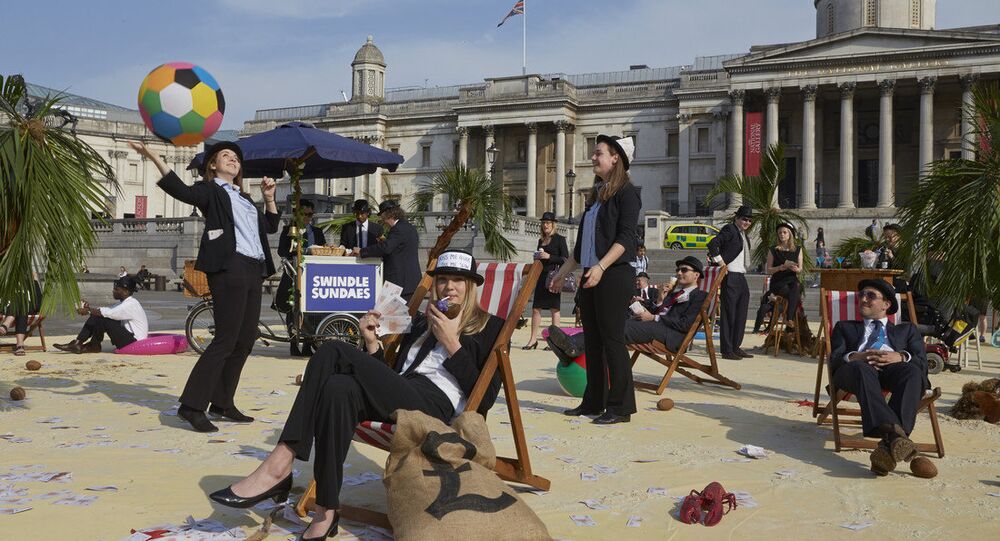 Despite welcoming the donations, the total number of contributions amounted to a fraction of total amount of dodged taxes from the companies, according to a major UK think tank.

Donations from tech giants to help tackle the coronavirus pandemic were only 0.2 of total revenues stashed in tax havens across the globe, according to new research.

Tax Watch UK announced the findings on Tuesday, citing figures from the Institute on Taxation and Economic Policy (ITEP) revealing that eight US tech giants, including Cisco, Google, Facebook, Microsoft, Intel, Nvidia and Adobe, had kept around $571bn into tax havens such as Bermuda by late 2017.

​The findings followed US reforms which provided tax incentives to firms returning operations back to America rather than offshoring funds.

But despite the reforms, companies continued allocating profits in overseas havens, including the UK, and had obscured transparency on reporting such changes, according to the report.

Apple was the largest offender at $246bn in offshore funds, followed by Microsoft at $142bn and Cisco at $66bn, ITEP found.

But it was found that Google parent company Alphabet was the largest contributor to fighting the Coronavirus crisis, with over $800m in donations, but had squirrelled $61bn in offshore funds around the same period.

Intel had announced $60m in COVID-19 donations, but kept $46.4bn in tax havens. Despite Adobe pledging $3m, it kept 4.2bn overseas, according to the findings.

Total unpaid corporation taxes at 35 percent would amount to $199bn in taxes, not including lower tax rates granted by the US government, the research found.

The news comes after Facebook, Intel and Google pledged roughly $1.2bn in cash and donations, with Apple contributing $15m USD and 20m face masks. Facebook also donated over $135m in contributions, including funds to fight 'fake news' about the pandemic.

TaxWatch's George Turner said:  “Any donation is of course valuable and welcome, but these figures do highlight that health services around the world would be better served if tech companies simply paid their taxes in normal times.

The findings highlighted the need for governments to "continue their efforts to reform the international tax system" and ensure "tech companies can no longer avoid paying taxes in the countries where their profits are made”, he added.

The news comes after the UK Digital Services Tax came into effect several days ago, imposing a 2 percent charge on revenues from social media, search engine and online marketing companies operating in Britain. The anti-avoidance measures aim to tackle massive tax avoidance schemes used by the big tech companies and applies to those earning over £750m, but includes a £25m tax-free allowance in the scheme.