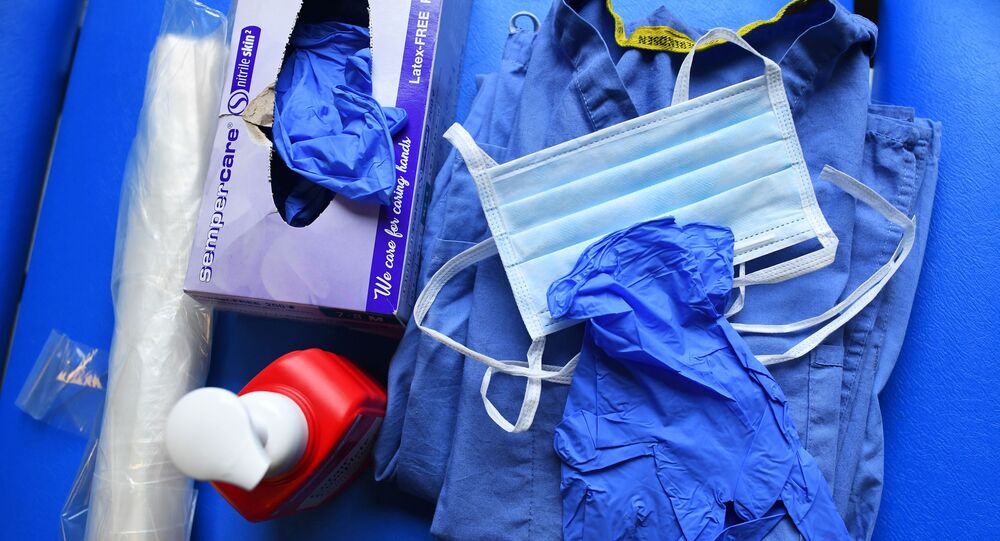 After a belated show of interest in the EU’s procurement schemes running from late February, the UK, whose NHS is currently suffering from protective kit shortages jumped on just one round of talks on 19 March, neglecting subsequent ones.

Britain has already missed three opportunities to be part of an EU procurement scheme for bulk supplies of masks, gloves, and other essential protective equipment and has been absent from key talks about future purchases, The Guardian has revealed, as the country’s PPE-strapped NHS continues to battle the coronavirus epidemic.

Separately, the country, which is going through the formal Brexit transition phase, has also not been involved in two rounds of bulk purchasing of PPE, which were launched by the EU on 28 February and 17 March.

Per The Guardian, the EU’s procurement from 28 February initially failed because of suppliers, who didn’t demonstrate commercial interest at the time, but was launched anew on 15 March, providing additional time for the UK to get involved if it wanted to.

It is understood that British officials only realised after the three aforementioned rounds had been put out to tender that they had not received invitations to partake in the Joint Procurement Agreement committee that negotiates and puts together collective orders.

The first respective meeting the UK took part in was in the midst of the global coronavirus-induced lockdown on 19 March - after it informed the steering commission that emails of invitation were being sent to an outdated address, according to The Guardian.

Despite finally showing interest, British officials did not attend a separate meeting of health officials on 25 March where parties were invited to spell out their requirements for future purchases to the commission.

European medics are preparing to receive the first of €1.5-billion worth of personal protective equipment (PPE) within days or a maximum of two weeks as part of a joint procurement scheme. The agreement saw as many as 25 countries and eight companies participate, according to cited internal EU documents.

The EU even receives offers from suppliers of medical equipment, including masks, overalls, and goggles in excess of the number initially requested, according to a spokesman for the European commission. The EU is separately full-on establishing stockpiles within member states, with the first being set up in Romania.

The UK has meanwhile acknowledged shortages of PPE for frontline NHS medics. Dominic Raab, who is standing in for the prime minister as Boris Johnson recovers from COVID-19, admitted that cost was no issue noting there are certain issues with PPE supply due to “a competitive market out there”.

Particular concerns grew over the weekend over stocks of full-sleeve gowns running out. The items are specially designed to resist droplets which can spread coronavirus and proved to be highly effective at protecting medics in Italy, the second worst virus-hit country in the world.

Raab said only that 16 million items of equipment were delivered over the bank holiday weekend. “We are straining every sinew to roll them out even further and even faster", he said.

The death toll among UK doctors and nurses is now on the rise, with Matt Hancock, the Health Secretary, confirming on Saturday that 19 NHS workers had died. He admitted it was “impossible” to say when hospitals would be fully equipped with everything they needed but added that the healthcare authorities are unaware “of any links from shortages of PPE to any of these deaths".

New examples of protective kit shortages seen by The Guardian include a London district nurse being handed out just three disposable masks for a week and a care home nurse in Devon, who claimed that her employer suggested that she should have drinks no more than every four hours to avoid regular changes of masks and gloves.

The Royal College of Nursing went further reportedly advising nurses that they should refuse to treat patients with COVID-19 “as a last resort” if they could not access the full PPE they needed for effective and safe work.

According to the WHO, the UK has since early March seen over 84,200 confirmed coronavirus cases, including over 10,600 related deaths.