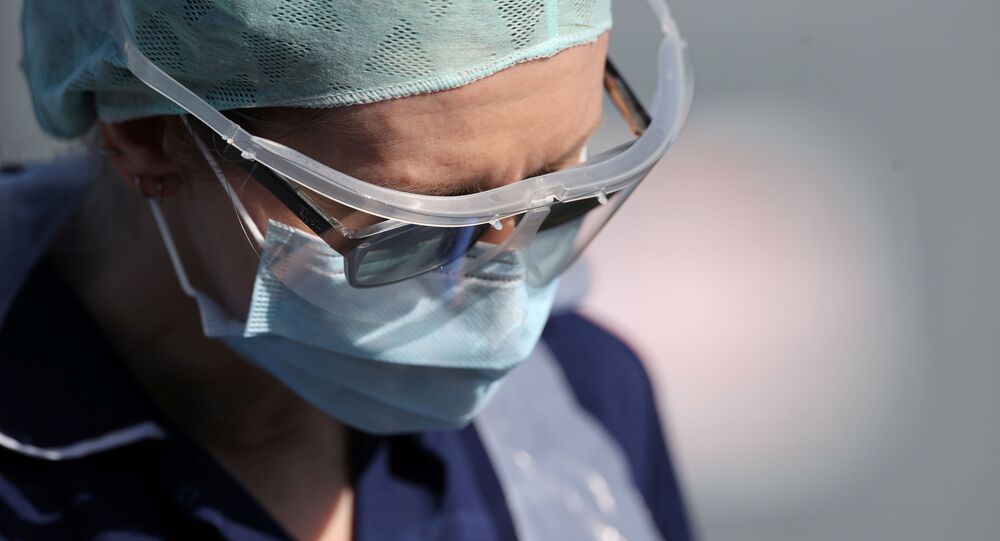 The app will reportedly use Bluetooth technology to inform users if they have been in close proximity to a COVID-19 carrier and urge them to get tested for the virus.

The app will allow mobile phones to trace users who have come into contact with people who have tested positive for the coronavirus, and alert them to get tested themselves.

Health Secretary Matt Hancock is reportedly trying to convince people to install the app on their phones, as at least 60 percent of the population would have to use it to make it effective. According to reports, one "carrot" to get people to use the app would be to allow them to resume their normal life if they load it on their device.

Apple and Google have teamed up to create the app, the Sunday Times reported, citing unnamed "senior sources". The system is reportedly being developed at "at breakneck speed", promising the use of Bluetooth technology to alert app users if they are in close proximity with an infected person.

"With Apple and Google, you get all the public health functions you need with a decentralised and privacy-friendly app," said Michael Veale, a University College London lecturer involved in the European contact tracing system DP3T, cited by the Sun.

If a person tests positive after being alerted by the app, he or she will reportedly be able to send an encrypted list of devices they came near, so that their owners are warned, too. Ministers hope that this could bring a lifting of the lockdown closer.

According to Johns Hopkins University Resource Centre data, there are currently over 79,000 confirmed coronavirus cases in the UK with more than 9,800 fatalities.

NHS Apologises After Patients Asked to Sign 'No CPR' Forms