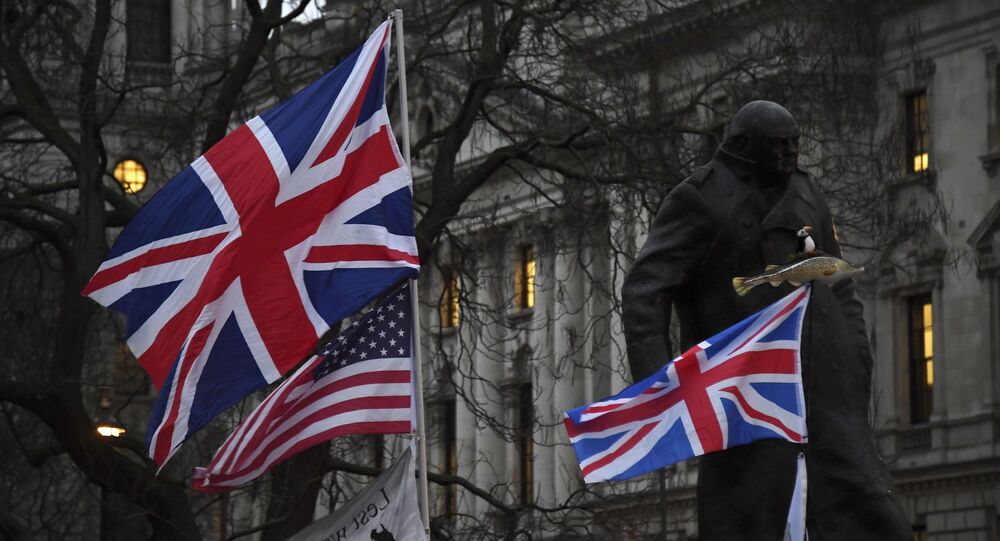 Until next January, the UK will be sticking to the European Union’s trade arrangements, including those with the US, but the postponement of negotiations with Brussels last month increases the likelihood of the kingdom crashing out of the EU without a trade deal in place.

The crucial UK-US trade talks have been postponed indefinitely because of the coronavirus, The Telegraph reports.

The UK delegation, led by International Trade Secretary Liz Truss, was scheduled to fly to the United States in the week of 23 March.

However, that visit has been cancelled as the travel ban has rendered face-to-face government-level meetings impossible, and Truss is said to “favour beginning negotiations as soon as realistically possible.”

Professor Robert Singh at the Department of Politics at Birkbeck, University of London believes that the indefinite postponement was "predictable enough".

"Even had the coronavirus not been such a crisis, there were major problems in seeking to achieve both an EU and a US deal by the end of 2020. Now, at least in private, British and EU officials have conceded that another extension of the transition period into 2021 is going to be required. Since Washington does not know what kind of deal the UK and EU will reach - if any - it is very difficult to progress the bilateral US-UK discussions. With the pandemic consuming all political attention on both sides of the Atlantic - especially with the November US election looming - the chances of a deal this year are minimal", Singh says.

According to the professor, "with the extreme economic downturn wreaking havoc with most major economies, there could hardly be a worse time to seek new trade agreements, however desirable these may be".

On top of that, Singh points out that "the direction of travel in Washington and elsewhere is increasingly towards de-globalisation", as many nations are becoming "more self-reliant, boosting domestic industrial capacity, insulating from vulnerable global supply lines".

"In short, the conditions for major new trade agreements are about as bad as they can get right now. Whatever efforts are carrying on in London and DC - and they are - these are now being pushed to the margins of policy discussions, It seems doubtful that any meaningful progress can be made until the new year, at best", he concludes.

Thomas Prusa, professor of economics at Rutgers University, in turn, suggests that "the bigger issue for trade negotiations is that the COVID-19 issue has 'sucked all the air from the room'".

"My guess is the US-UK trade negotiations will not begin until this summer and not gain much traction until after the November election" in the United States, Prusa adds.

A group of 17 human rights groups and rural campaigners last month petitioned Truss and Prime Minister Johnson to postpone the talks since they cannot be subject to full public and parliamentary scrutiny during the pandemic.

Britain has yet to negotiate new trade agreements with the United States, its largest trading partner, and the European Union before its final break from the bloc at the year-end. They mainly concern tariffs and quotas, environmental protection and food standards, as well as animal welfare.

With the post-Brexit transition period active until 31 December, the country currently remains part of the EU’s trade agreements. Negotiations with Brussels, scheduled to begin on 17 March, have also been delayed, putting more stress on the already-tight timeframe to strike a deal. Boris Johnson, a long-time Brexit firebrand, has so far refused to extend the transition period to free up more time for the talks.