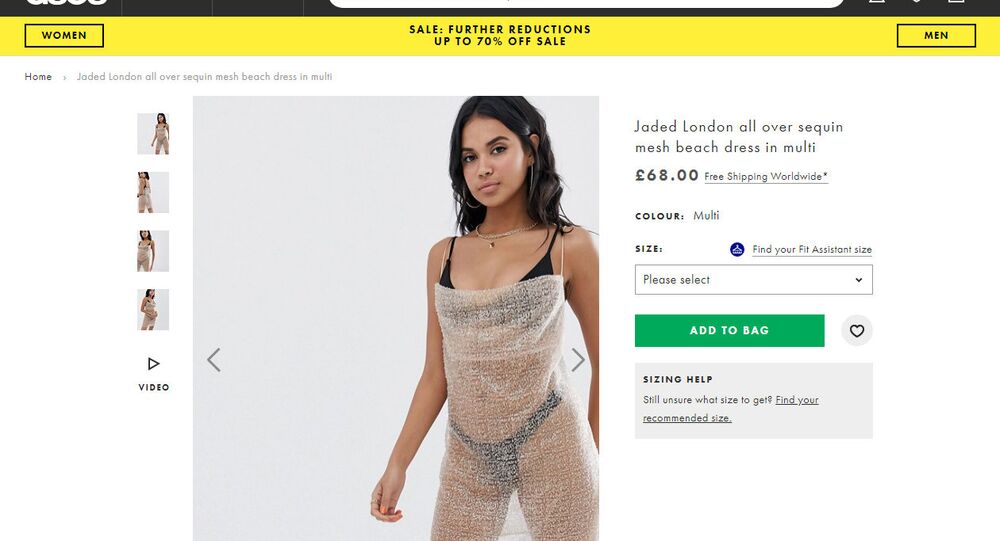 The coronavirus pandemic which is spreading across the United Kingdom, has led to businesses and employees being asked to refrain from coming into work and attending gatherings.

An independent trade union hit out on Thursday against ASOS as around 70 drivers for the online retailer face redundancy.

In a tweet, The Independent Workers Union of Great Britain (IWGB) called for the fashion giant to retain drivers who have been making deliveries across central London.

👗 #boycottASOS 👗 @ASOS are trying to cut up to 70 jobs in London during the #COVIDー19 crisis! 💰 They wanna save £ on their delivery service by ditching the current workers & switching to 2 new providers @DPDgroup_news & @Hermesparcels ✍️ this & RT! https://t.co/kF7oSMutya ✊ pic.twitter.com/3o5F5izaDh

​The union claimed in a statement that ASOS agreed a new deal with parcel delivery company DPD group to transport their products and the drivers have been informed they would be transferred as part of the agreement by the end of April.

The delivery workers, who use electric vehicles, were to make the switch in line with Transfer of Undertakings (Protection of Employment) regulations, designed to protect the jobs of workers amid the moving of contracts.

However, the drivers, received the news that the transition had been cancelled four days after being assured that they would have a place with DPD, the union said.

“Even during this horrific pandemic, ASOS, DPD and Hermes are undermining the basic rights of drivers who, like many key workers, clock in every day to keep the country running, at considerable risk to their health", said Max Dewhurst, vice president of the IWGB.

“Now more than ever, they need and deserve financial security and respect for their basic employment rights".

“Save jobs and stand behind the workers by boycotting ASOS from April 9 to April 30", he added.

Delivery workers are now saying that their position remains precarious as the national lockdown makes it difficult to find future employment.

“We’re being chucked on the scrap heap. Our jobs were supposed to be safe", said Jakaria Khan, a delivery driver for Asos.

“We were promised a transfer to DPD, but now we’re all going to be made redundant, with no hope of future employment. We are facing the abyss, mid-pandemic", Khan said.

The United Kingdom has shut all "non-essential" businesses and banned all public gatherings.