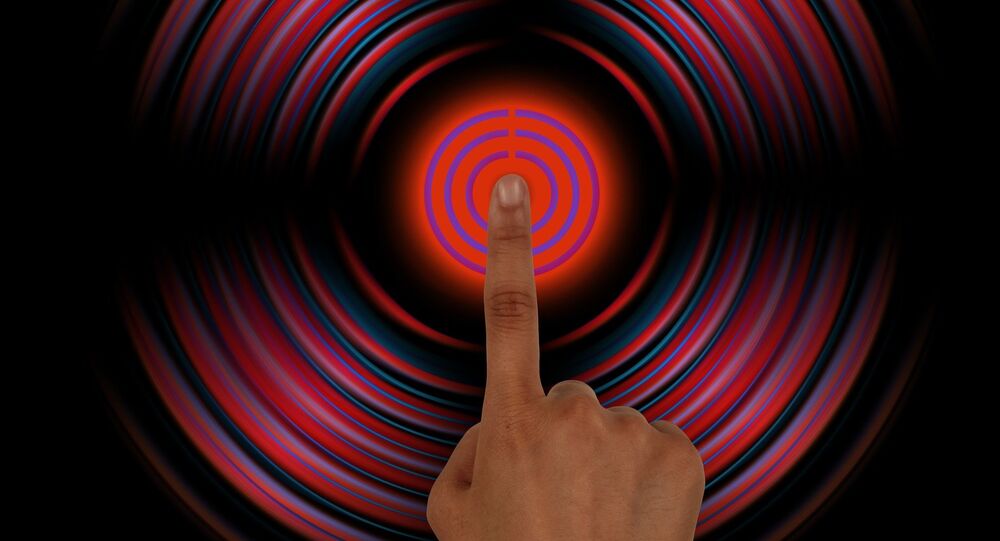 Who Now Has Authority to Press UK’s Trident Button in Event of Nuclear Attack?

Under Boris Johnson’s last resort rules, the person in charge of the government is supposed to consult senior cabinet ministers and NSC senior members should the need of new military operations arise.

Despite Foreign Secretary Dominic Raab having been formally handed the charge of government while Prime Minister Boris Johnson is in hospital battling COVID-19, concerns have mounted where responsibility for Britain's national security decisions now lies.

As the PM’s spokesman stated, regarding national security matters, “the First Secretary and the Cabinet have the authority in the PM’s absence". However, according to a senior government figure who spoke to The Sun, it’s noteworthy, that Raab has not been appointed as “acting PM” but “he is just deputising where appropriate".

“In practice, he is heavily constrained. He needs collective responsibility on pretty anything substantial", the source told the edition.

'Important to Have 100 Percent Clarity'

Initially, it was a former Tory defence minister, Tobias Ellwood who raised the alarm after top cabinet minister Michael Gove refused to elaborate on who had the authority to press the Trident button in the event of a nuclear attack on the nation.

“It is important to have 100 percent clarity as to where responsibility for UK national security now lies", he tweeted concluding that Britain "must anticipate adversaries attempting to exploit any perceived weakness".

When asked if Dominic Raab, Mr Johnson’s stand-in, had the actual power, Gove replied to BBC Radio 4’s Today: “I simply can’t talk about national security matters", as he argued key decisions would be made “collectively” and “prime minister remains prime minister".

“There are well developed protocols which are in place and which have been tested robustly over time", Gove went on.

General Sir Nick Carter, the chief of the defence staff, in turn, asserted that there is a “clear” chain of command for the forces and “it’s business as usual", while the prime minister is incapacitated.

“We work straight through to the prime minister", he told BBC Radio 4’s Today, further bringing up another crucial link in the whole chain - the National Security Council, the meetings of which Boris Johnson has hitherto chaired on a weekly basis.

“But, of course, there’s the National Security Council (NSC) that’s wrapped around him and formed of many of the cabinet ministers and supported by the national security adviser".

Hours later, the prime minister's spokesman confirmed that Mr Raab did have the power – with the approval of the cabinet – to take the UK to war if the necessity arises.

“The first secretary of state [Mr Raab] and the cabinet have the authority and ability to respond in the prime minister’s absence", he said.

Under the rules, Raab must consult senior cabinet ministers and intelligence chiefs on the NSC before any new military action is started.

Meanwhile, the only cabinet minister who has authority to allow the use of lethal force is Defence Secretary Ben Wallace.

Johnson’s spokesman acknowledged that the PM’s letters of last resort - the sealed instructions to the commanders of Britain’s Trident nuclear deterrent detailing the line of action in the event of a nuclear attack, would remain in place during his time in hospital.

Corona-stricken Johnson, after a short stint in a regular ward at St. Thomas Hospital in London, was on Monday night transferred to an intensive care unit. Number 10 said he hadn’t been put on a ventilator, like two thirds of corona patients in ICU, but was receiving common oxygen treatment and his condition is currently stable.

And Who's to Decide When to End Lockdown?

Meanwhile, the biggest dilemma for ministers is how and when to end the coronavirus lockdown, and, importantly, if such critical decisions can be taken without Mr Johnson's input. "There must come a time when a deputy is effectively prime minister," Lord Heseltine told The Daily Telegraph.

"I don't think we've probably quite got to that now," he went on suggesting that the present "urgency of the situation and the potential decisions that may need to be taken does mean that Dominic Raab will have to use his discretion and know when to act."

Despite Johnson promising on 23 March to review the lockdown in three weeks' time, Raab said at the latest coronavirus news conference that  "we're not at that stage yet." He expressed confidence that the prime minister "will pull through because if there's one thing I know about this prime minister, he's a fighter and he'll be back at the helm leading us through this crisis in short order," Raab shared.