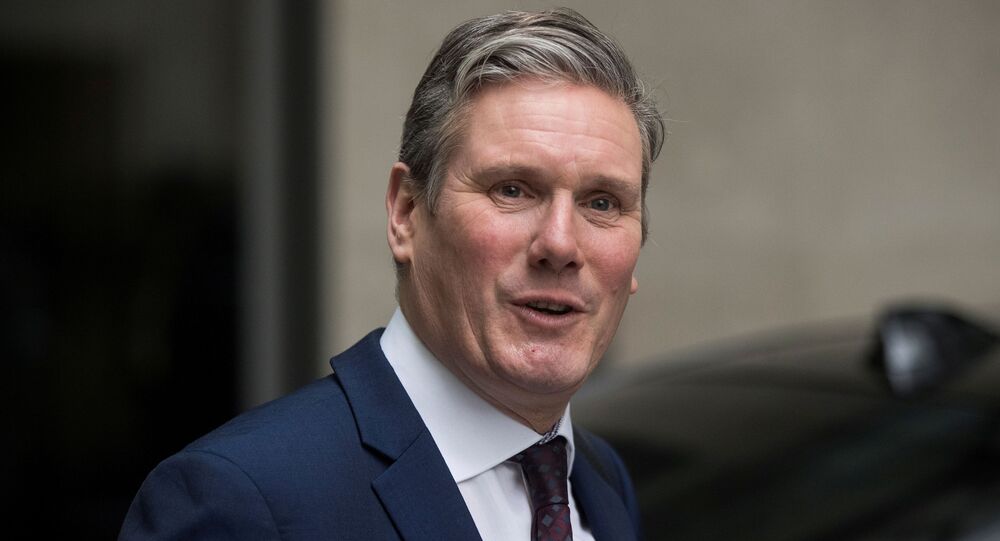 The new Labour chief also pledged to cooperate fully with the Equality and Human Rights Commission’s investigation into antisemitism in the party - the Commission was due to publish its report in the summer, but coronavirus may delay the process.

In one of his first acts as Labour leader, Keir Starmer has apologised to UK Jewish leaders and vowed to rid the Party of antisemitism.

In a video call with senior representatives of the Jewish community, he and deputy Angela Rayner committed themselves to developing an independent process for handling antisemitism complaint, implementing new training policies for party staff in constituency parties and branches, and demanded to see a report on all outstanding allegations of antisemitism inside the party by the end of the week.

“Labour failed the Jewish community on antisemitism. Today, I repeated once again the apology I made as soon as I was elected leader. Labour is a proudly anti-racist party and, going forward, it will not be enough to ‘pass the test’ on antisemitism. We need to set new standards for best practice,” Starmer said after the call.

“He has recognised actually there’s only one thing that matters, action. I hope he will indeed take swift and decisive action to eradicate the scourge of antisemitism from within the party,” Mirvis said.

​Following the summit, Van der Zyl and Katz issued a joint statement hailing Starmer for having “achieved in four days more than his predecessor in four years in addressing antisemitism within the Labour Party”.

“We want to have a normal relationship with Labour whereby we can discuss the full range of issues affecting our community, from religious freedom to Israel, from Jewish schools to poverty, from refugees to the environment — and not just antisemitism. This has certainly been a good start. If the new Labour leadership continues in this way, we can work together to make the changes that will make Labour a proudly anti-racist party once again,” they said.

Allegations of antisemitism in the Labour party abounded  since Jeremy Corbyn was elected leader in September 2015. Comments by Naz Shah in 2014 and Ken Livingstone in 2016 resulted in their suspension from pending investigation, and Corbyn established the Chakrabarti Inquiry into antisemitism within the party. It concluded Labour was not "overrun by anti-Semitism or other forms of racism", although there was an "occasionally toxic atmosphere" and "clear evidence of ignorant attitudes".

A Parliamentary Home Affairs Select Committee of Parliament held an inquiry into the topic more widely in the UK and found "no reliable, empirical evidence" to support the notion there was a higher prevalence of antisemitic attitudes within Labour "than any other political party", though the leadership's lack of action was said to risk "lending force to allegations elements of the Labour movement are institutionally antisemitic".

Nonetheless, in May 2019 the Equality and Human Rights Commission announced an inquiry into whether Labour had "unlawfully discriminated against, harassed or victimised people because they are Jewish".

As Keir Starmer Stands on the Brink of Labour Leadership Victory, Is It the End for Corbynism?