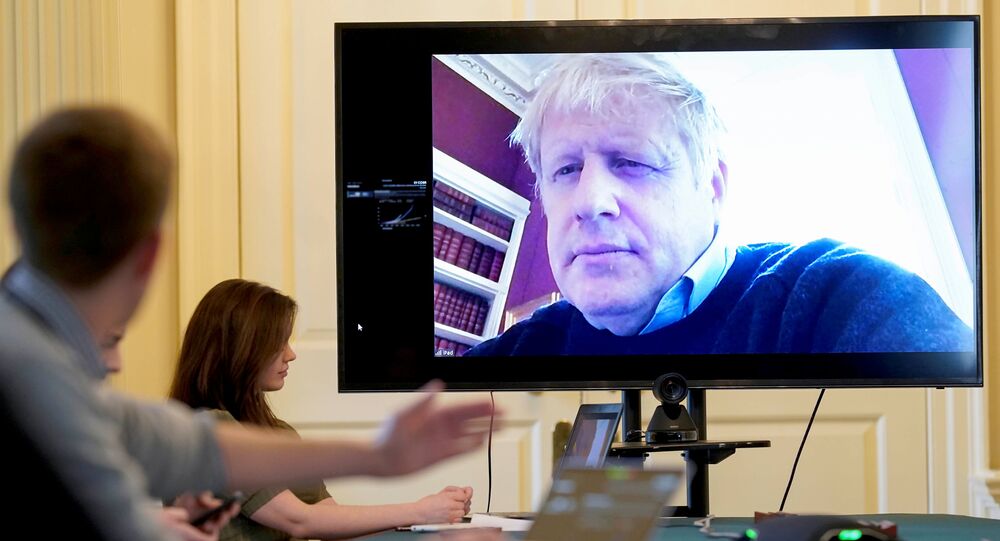 The prime minister was admitted to a hospital on 5 April after his COVID-19-related symptoms failed to disappear over a week after being diagnosed with the infection.

A spokesperson for the UK prime minister has denied reports that Boris Johnson was on a lung ventilator in the hospital, but added that he remains "under observation" after undergoing tests.

"The prime minister had a comfortable night in Thomas's Hospital in London, and is in good spirits", the spokesperson said.

Johnson remains in charge of the UK government and receives "his box of work" while in hospital, according to the spokesperson. The latter added, however, that Foreign Minister Dominic Raab will be chairing the daily meetings on the state of the COVID-19 outbreak in the country, while the prime minister stays in hospital.

A source with the UK's health authorities earlier told Sputnik that the prime minister would be undergoing artificial lung ventilation after being admitted to a hospital with persistent COVID-19 symptoms. Johnson was transferred to a hospital at the advice of his doctor as a "precautionary step" following a week in self-isolation after testing positive for the coronavirus.

The UK saw a major surge in COVID-19 infections in March with 47,806 people testing positive for the disease and 4,934 dying of it, according to data from the NHS as of 5 April.