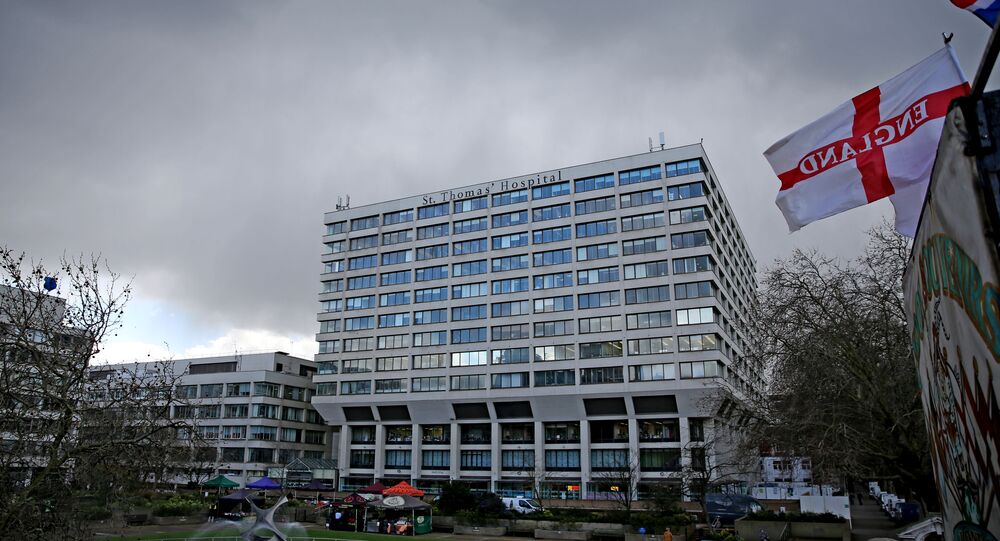 Pollock, who turns 100 in November, served for the UK’s national security police force in Kenya - while there, she suffered from Malaria twice, which she says was “probably a little worse than coronavirus”.

A former Special Branch officer has become the oldest person in the UK to recover from coronavirus, at the age of 99.

Carrie Pollock was admitted to Queen Alexandra Hospital in early March, after suffering from hallucinations, a high temperature and suspected pneumonia.

“I’m really happy to be back at home now though listening to all my audiobooks. I listened to Radio 4 a lot while I was in hospital but I am happy to be out. I am doing very well. I would like to say thank you to all the doctors and nurses who helped me. They are wonderful people, they were really kind, and they talked to me about Africa a lot so I liked that. I am so grateful to the hospital staff. They were so kind and now I am doing very well,” she said.

Karen Clarke, senior sister at Queen Alexandra Hospital said it was “wonderful” to see Pollock return home as her family “had all really missed each other”.

“These are worrying times for many and to see her leaving hospital after recovering from Covid-19 gave the staff a real boost,” she added.

It’s unclear precisely when Pollock served in the Special Branch in Kenya, although her age suggests she was part of the unit during the 1950s and 60s, a period in which Britain fought a brutal, secret war against the independent national Kenya Land and Freedom Army, also known as the ‘Mau Mau’. Special Branch played a pivotal role in the suppression, employing absolutely brutal interrogation methods to track down and imprison or assassinate members of the movement and supporters.

My students, born four decades after the end of the "Mau Mau" rebellion, know virtually nothing about it. But the words "Mau Mau" nevertheless conjure images of up dark, evil, blood-thirsty black magic. Such was the success of British propaganda. https://t.co/ns5wgpkY6g

​Another former member of the Kenyan Special Branch speaking years after the fact offered a gruesome description of his ill-fated attempts to persuade three Mau Mau to talk.

“They wouldn’t say a thing…one of them, a tall coal-black bastard, kept grinning at me, real insolent. I slapped him hard, but he kept right on grinning at me, so I kicked him in the balls as hard as I could. He went down in a heap but when he finally got up on his feet he grinned at me again and I snapped, I really did. I stuck my revolver right in his grinning mouth and I pulled the trigger. His brains went all over the side of the police station. The other two Mickeys [slang for Mau Mau] were standing there looking blank. I said to them if they didn’t tell me where to find the rest of the gang I’d kill them too. They didn’t say a word so I shot them both,” he recalled.

"General China (Warahiū Itote), one of the leaders of the Mau Mau rebellion, pictured during the court trial at which he was sentenced to death, 1 February 1954."

This was later commuted to Life Imprisonment.

​While enormous efforts were employed to suppress Special Branch files related to interrogation, a British settler alleges the unit’s “slow method of torture” at the Mau Mau Investigation Center was well-known by the European colonial community in Kenya.

“Once I went personally to drop off one gang member who needed special treatment. I stayed for a few hours to help the boys out, softening him up. Things got a little out of hand. By the time I cut his balls off, he had no ears, and his eyeball, the right one, I think, was hanging out of its socket. Too bad, he died before we got much out of him,” they noted.