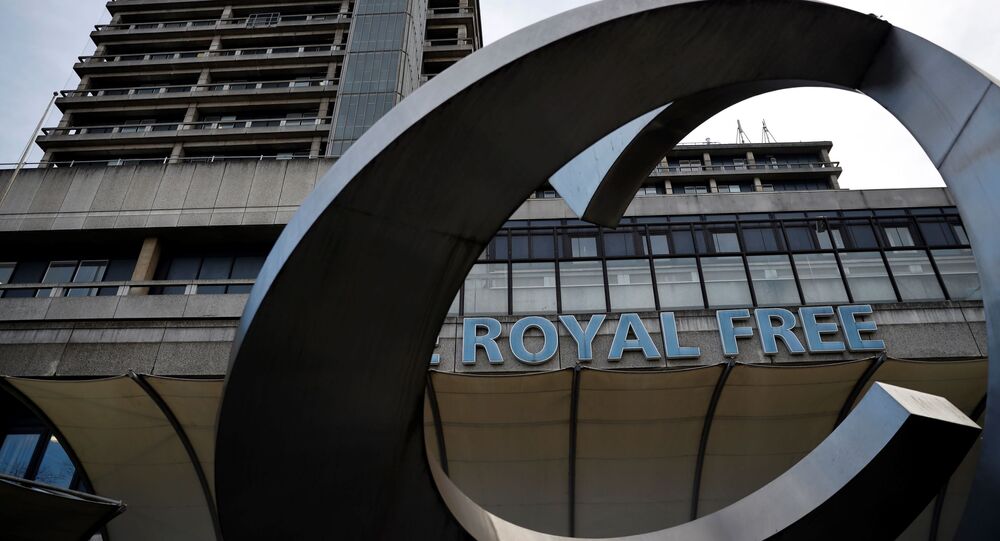 UK's COVID-19 Lockdown Has 'Painted it Into a Corner', Herd Immunity Still an Option - PM's Adviser

In the earlier stages of the COVID-19 epidemic in the UK, suggestions had been made that one way of dealing with the virus was by allowing 80 per cent of the population to catch it, in order to build up “herd immunity”. However, the plan was swiftly dismissed by Health Secretary Matt Hancock as exposing the most vulnerable to a high risk of death.

As the COVID-19 pandemic continues to spread in the UK, the country’s chief virus adviser has claimed that there might still be a need to reconsider the controversial herd immunity strategy, which implies allowing people to catch the coronavirus to build up a resistance, reports The Times.

Suggesting that the protracted lockdown, by triggering issues such as unemployment, domestic violence, child abuse, food poverty and mental ill health, has been more detrimental than the coronavirus itself, Graham Medley, Professor of Infectious Disease Modelling, is quoted as warning of the impending risks that an absence of a clear exit strategy carries with it.

The professor of infectious disease modelling at the London School of Hygiene and Tropical Medicine is quoted as insisting that the coronavirus is so pervasive, it needs to be suppressed completely, while exiting the lockdown by just allowing people to go back to work or school would result in a resurgence in COVID-19 cases.

“Then we've kind of painted ourselves into a corner, because then the question will be what do we do now?” queries the expert, as he continued to expound on the fallout from the lockdown triggered by the pandemic.

“The measures to control [the disease] cause harm. The principal one is economic, and I don't mean to the economy generally, I mean the incomes of people who rely on a continuous stream of money and their children, particularly the school closure aspect.”

While questioning the rigid protocols put in place in a bid to contain the spread of COVID-19, Medley has emphasised that a situation might soon arise when it will have to accept a “trade-off between harming the young versus the old”.

Referring to the 13 April deadline after which measures introduced by Boris Johnson to curtail individual freedoms to prevent the further spread of the coronavirus would be up for review, Medley posed the question:

“We will have done three weeks of this lockdown so there’s a big decision coming up on April 13. In broad terms are we going to continue to harm children to protect vulnerable people, or not?”

Regarding the antibody test, which the UK government is setting high stakes on, the expert did not rule out it might be effective in hoping will prove a “game-changer”, could help but was not working and such a method had never previously been used to manage an epidemic, he said.

On 2 April Health Secretary Matt Hancock said the government was aiming to carry out 100,000 coronavirus tests a day in the country by the end of April.

The minister announced a "five-pillar" testing plan, involving swab tests and antibody blood tests in labs to find out if people already have the virus, surveillance to determine the rate of infection across the country, and boosting the British diagnostics industry, with help from the pharmaceutical giants.

The swab tests are already in use, and blood tests are yet to be launched.

In mid-March, Boris Johnson and his advisers had been concerned about “behavioral fatigue” sparked by restrictions coming into force too early, with the UK’s chief scientific adviser Sir Patrick Vallance at the time saying while suppressing the virus through lockdown measures might be successful for months, when they were lifted, the virus will return.

Vallance suggested the country would suppress the virus “but not get rid of it completely”, while focusing on protecting vulnerable groups, such as the elderly.

While other people would get sick, since the virus causes milder cases of illness in younger age groups, most would recover and subsequently be immune to the virus, building up “herd immunity” to reduce transmission in the event of a winter resurgence.

The supposed plan immediately generated heavy criticism, with the government backing off that route after a report issued by a group of experts projected it would result in 250,000 deaths. Since then, Boris Johnson adopted more stringent controls, including a nationwide stay-at-home order.

Current developments come as on Friday, 684 more people were confirmed to have died from the coronavirus in the UK, with the total death toll at over 3,600. The overall number of registered coronavirus cases in the UK is over 38,600.

209 people have recovered, according to Johns Hopkins University. According to data from the World health Organization, the number of coronavirus cases in the UK on 3 April was at 33,722, with the death toll at 2,921.