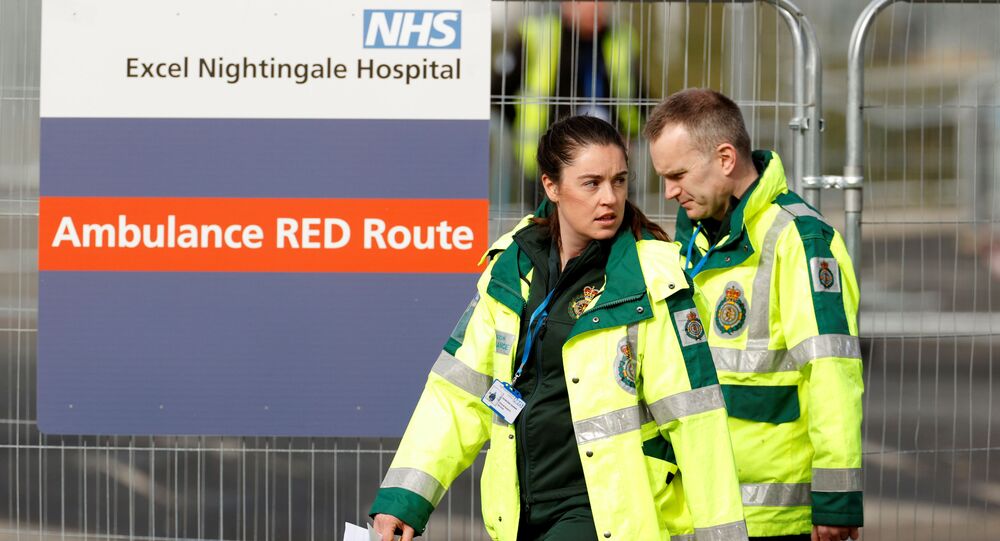 The Johnson government has set an ambitious goal of ramping up daily testing to 100,000 by the end of April, a dramatic reassessment of its earlier pledge to test 25,000 people a day by that date.

UK Health Secretary Matt Hancock has unveiled the government’s newest approach to handling the coronavirus, which is focused primarily on scaling up mass testing.

Speaking to reporters at Downing Street on Thursday, Hancock announced what he called a “five-pillar strategy”. In an unusually detailed statement, the secretary, who had just ended his seven-day self-isolation after testing positive for coronavirus, shared details on what that strategy will look like.

1. Perhaps the most important point of the plan is a sharp increase in testing. The UK government has been widely criticised for screening fewer people than other nations at a similar stage of the coronavirus outbreak (just over 10,000 Britons are tested daily versus 50,000 in Germany).

There are two key coronavirus tests: swab tests and blood tests. The first one is done to check if a person is currently sick with the coronavirus, even if they show no symptoms. The second one, which has yet to be launched, measures antibodies in the blood and shows if the patient has already recovered and is now immune to the virus.

Hancock set the target of carrying out 100,000 tests per day in NHS hospitals and the labs of Public Health England, compared with the previous target of 25,000 per day by mid-April.

It was originally thought that the figure was for the whole of the UK, although the Department of Health clarified after the speech that it was for England only. It remained unclear whether it factored in only swab tests, or a mixture of swab and blood tests (diagnostic tests appear to be a more pressing issue during the outbreak, and immunity tests will likely be rolled out in the longer term).

Patients will be the UK's No. 1 priority when it comes to testing, followed by NHS staff and their families; the most critical workers are a tertiary priority, followed by other members of the community.

2. The government is planning to deliver more swab tests in cooperation with commercial partners such as universities, researchers, and private companies like Amazon and Boots.

Hancock said the government would build a network of labs and sites for swab testing 'from scratch' with those institutions across the country. That network is designed solely for front-line medical workers and their families.

3. He added that the UK will be introducing blood antibody tests, although no time frame for that has been offered.

It is known that COVID-19, the respiratory disease caused by the coronavirus, develops an immunity in recovered patients, but there’s no evidence to suggest how long this protection lasts. However, until there are more accurate blood tests, the current ones can still make people sure they are safe and help them return to a normal life.

According to Hancock, antibody blood tests can potentially be performed  at home with a finger prick and take just 20 minutes. The government is working with the companies that will be providing them.

4. The plan also includes the promise of a mass screening programme that would help health officials understand the rate of the spread of the infection, figures that are useful when adopting broader policies, such as whether social distancing is still necessary. The government will be conducting 3,500 antibody tests a week as part of that plan.

5. Hancock acknowledged that the UK was under-prepared for the crisis in terms of diagnosis, and announced that the country will develop a “national diagnostics industry at scale” involving Britain’s pharmaceutical giants, such as AstraZeneca and GlaxoSmithKline (GSK).

The health secretary also announced that £13 billion ($16.1bn) of debt owed by NHS hospital trusts would be written off, and an extra £300 million ($371m) will be given to community pharmacies.

A total of 163,000 people have been tested, according to Hancock, of them 33,718 were diagnosed with the virus and 2,921 died. The infection rates have been doubling every three to four days.